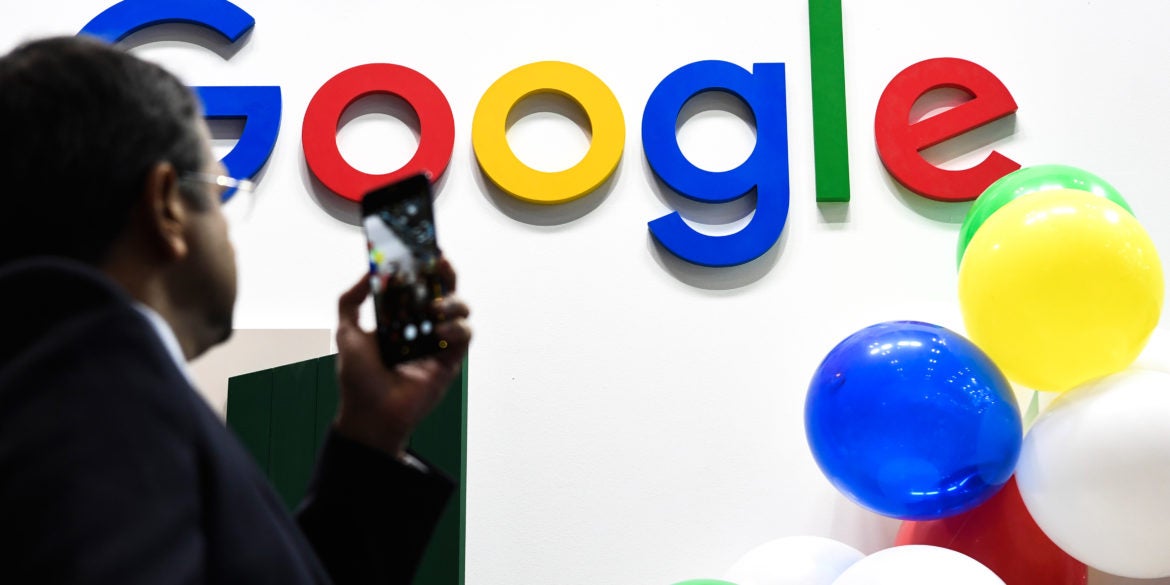 A man takes a picture with his mobile phone of the logo of the US multinational technology and Internet-related services company Google as he visits the Vivatech startups and innovation fair, in Paris on May 16, 2019. (Photo by ALAIN JOCARD / AFP)

Google agreed to pay a $170 million fine to settle charges that it illegally collected and shared data from children on its YouTube video service without consent of parents, US officials announced Wednesday.

The settlement with the Federal Trade Commission and the New York state Attorney General is the largest amount in a case involving the Children’s Online Privacy Protection Act, a 1998 federal law.

“Yet when it came to complying with COPPA, the company refused to acknowledge that portions of its platform were clearly directed to kids. There’s no excuse for YouTube’s violations of the law.”

“We will treat data from anyone watching children’s content on YouTube as coming from a child, regardless of the age of the user,” YouTube chief Susan Wojcicki said in a statement.

“This means that we will limit data collection and use on videos made for kids only to what is needed to support the operation of the service. We will also stop serving personalized ads on this content entirely, and some features will no longer be available on this type of content, like comments and notifications.”

The settlement was approved by a 3-2 vote of the FTC commissioners, with the two Democrats calling for tougher penalties.

The deal “repeats many of the same mistakes from the flawed Facebook settlement: no individual accountability, insufficient remedies to address the company’s financial incentives, and a fine that still allows the company to profit from its lawbreaking,” Democratic commissioner Rohit Chopra said.

“The terms of the settlement were not even significant enough to make Google issue a warning to its investors.”

Cover image: A man takes a picture with his mobile phone of the logo of the US multinational technology and Internet-related services company Google as he visits the Vivatech startups and innovation fair, in Paris on May 16, 2019. (Photo by ALAIN JOCARD / AFP)