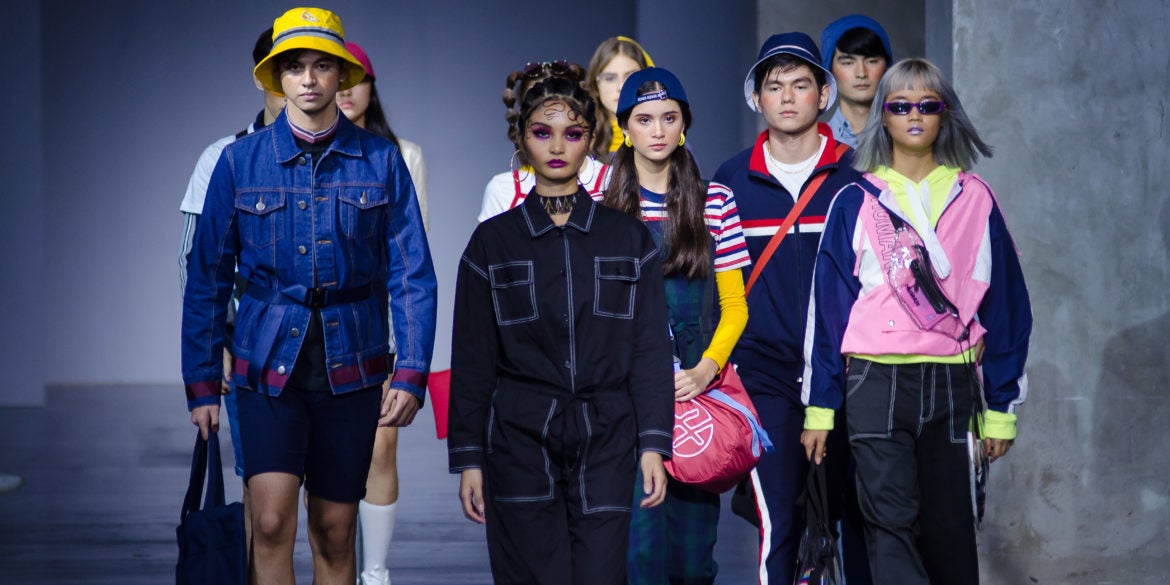 Human went back to its roots for this collection at Bench Fashion Week last weekend. It was real, it was raw and it had plenty of attitude.

To be “disruptive and creative” was its main objective, to spread a youthful spirit. Think ’90s and “Smells Like Teen Spirit” but sportier with lots of camo. Accessories included totes and fanny packs.

“Instead of designing over-sized fits and super-high waists, which I normally do, this Bench collection has more reasonable rises of the pants and the fit is a little less oversized. It’s definitely much more accessible,” he said.

The designer participates in feeding programs and charitable initiatives. Part of his collaboration with Bench was a feeding sponsorship for Metro Manila.

“I love the vibe of the Philippines. Bonifacio Global City is obviously very nice, but we went to other neighborhoods to feed some homeless kids, and I had a great time with them,” he said.

Home for Chavarria, whose brand has been around for six seasons, is New York and Copenhagen. His arms are covered in tattoos, which he says were intended “to go all over my body—even my buttocks!”

For him, “everything is religious. I have a lot of traditional religious beliefs even though I’m not conservative.”

Dressed in an old gas station worker’s shirt and a pair of work pants that he just cut, Chavarria calls it street workwear interpreted in his own style. It looks just like what he designed for Bench.

Mihara Yasuhiro is dressed head-to-toe in his own brand and looks like one of his customers—baggy pants, graphic-printed shirt and sneakers. His sneakers (sold at Assembly) continue to sell like hotcakes around the world, including his birthplace, Japan.

He describes his collection for Bench Fashion Week as along the lines of his usual work—“fragmented pieces that I put together” inspired by 1960s Woodstock and ’90s techno.

On the runway, however, what we saw was cohesive styling for a youthful market, replete with flannel shirts, lots of layering and details such as snaps and buttons on pants.

It all became a wearable mix.—CONTRIBUTED