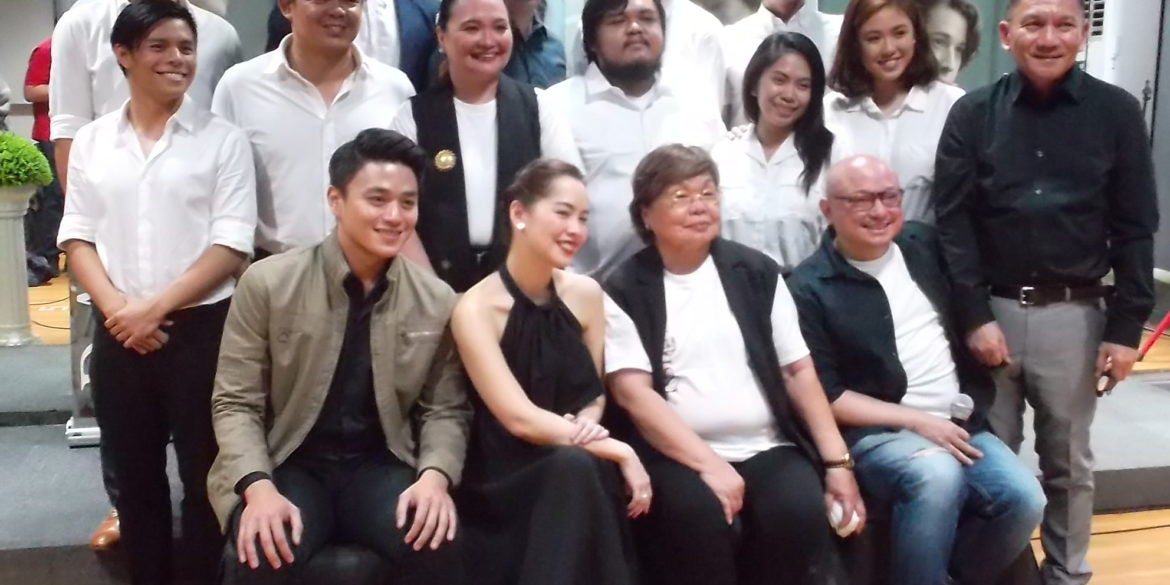 Stephen Sondheim’s ‘Passion’: An operetta of raw emotions and a ménage à trois

Based on a 1981 Italian film, the musical is about a handsome captain, his mistress and an obsessive third party

“Passion” the musical play “is about how the force of somebody’s feelings can crack you open and how it is the life force in a deadened world,” once said Stephen Sondheim, America’s leading musical theater composer, about his work.

“Passion” was first presented in 1984 by Repertory Philippines starring Jeremy Domingo and Ana Abad Santos and, 35 years later, will be staged by Philippine Opera Company (POC).

This was announced at a recent press conference at the POC’s Opera Haus in Makati City. Among those present were soprano and POC chair Karla Gutierrez, and the chamber opera’s director Robbie Guevara.

The play is based on the 1981 Italian film “Passione d’amore.” Music direction by Daniel Bartolome.

The story by James Lapine revolves around a deadly ménage à trois, which (spoiler alert) leads to a duel. It is set in Italy in the early 1860s. Male protagonist is Giorgio, a young and handsome captain in a military outpost who has a beautiful mistress, Clara, who is married and with a child (by Giorgio).

Fosca develops an obsession for Giorgio until, well, things come to a head.

In the plum role of Fosca is Shiela Valderrama, whose character is supposed to be “ugly, thin and reclusive.” How the attractive Valderrama can be transformed thus must pose a challenge to her makeup artist.

“I could not get everything right away until I read the script,” said Guevara during the press launch. “It turned out to be one of the most beautiful operettas. It’s a very simple story, unlike ‘Into the Woods,’ which has four stories. The music is so clear. Once [I understood] the language, the music helped in my decision to stage it.”

He added: “I like that the story has to continue every moment. They [the characters] are passionate about something or someone, so I have to bring out that passion.” —CONTRIBUTED