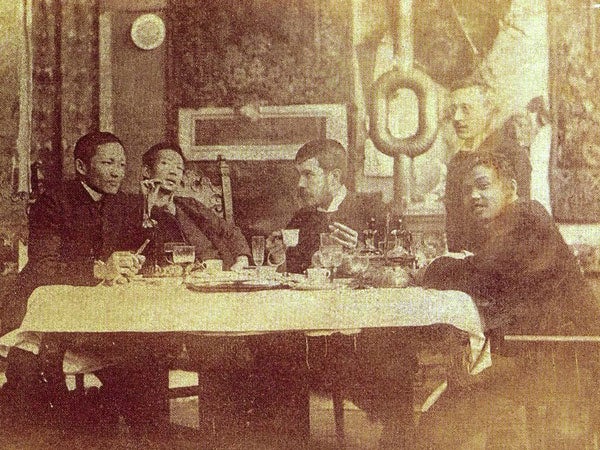 José Rizal’s favorite dishes as gleaned from his Dapitan letters 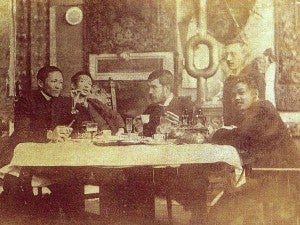 As I write this, I look forward to my visit to Dapitan in Zamboanga del Norte, where national hero José Rizal lived in exile from 1892-1896. It certainly is good timing because the country commemorates the 150th birth anniversary this year of Rizal, who was born on June 19, 1861.

Accounts have it that he accomplished so much in those four years. He built his home made of bamboo. He planted fruit trees around the perimeter of his residence. He established a school. He practiced medicine and was renowned for his eye operations. He built an aqueduct, a feat of engineering considering he had no heavy-duty tools.

More interesting, however, is what makes him human, such as his requests for food from his family as gathered from his letters documented in “Reminiscences and Travels of José Rizal” (1977), and “One Hundred Letters of José Rizal to his Parents, Brothers, Sisters, Relatives” (1959), both published by the National Historical Institute.

Rizal requested his mother, Teodora Alonso, for instance, to send him some Laguna cheese, mangoes and “terrinas de foie gras.” The cheese, of course, is made very well in his home province, Laguna. Filipinos will always miss mangoes. The foie gras made me smile because it must have been as expensive as it is now. It must have reminded him of his visit to Juan Luna in his studio in Paris. The photograph in this column was sent by Ambeth Ocampo, who surmised that this must have been when the “Pinoys attended the Paris Expo” in 1889. Rizal requested the same food items in a letter to his sister, Narcisa.

What was available and what they cooked also made for interesting reading. He wrote to another sister, Trinidad, that there were so many fruits to eat such as pineapples, atis and mangoes. He said he ate beef rarely and that he slaughtered one chicken a month. Pork was eaten more often, so that he expressed being tired of pork, and because more than five pigs a month were slaughtered, there was much more lard than the household could use even if he gave some away.

In the same letter, he wrote that “fish is becoming scarce, and we only have anchovy and small shrimps.” Vegetables were also scant because Rizal hadn’t been planting anymore. That’s probably why he told his sister, Maria, that they had no more viand and requested for “tokwa (soy bean cake), monggo and dried small fish.”

It is Josephine Bracken who kept house for Rizal in Dapitan. Miss B, as he called her, makes suman, bagoong, bread and chili miso, adding that she has made so much of the bagoong and chili miso to last 10 years. When Rizal asked for angkak, it was for the bagoong. When they didn’t have noodles for pancit, Miss B made a kind of long macaroni noodles out of flour and eggs, which serves the purpose.”

In the last Christmas he spent in Dapitan, Rizal wrote: “We killed a small pig and a hen; we invited our neighbors; there was dancing; we laughed a great deal until dawn. We did not sleep on 31 December until the New Year.”

It is in another book where we learned about a dish served by Rizal to his nephews and nieces who visited him there. Mila Enriquez, in “Kasaysayan ng Kaluto ng Bayan” (Zita Publishing Corp., 1993), wrote that Francisco Rizal Lopez, a descendant, said that it is monggo soup with the young leaves of ampalaya. The hero’s sister, Narcisa, surmised that the soup must have contained shrimp, chicken and mushrooms harvested from the area. And probably the surprising addition of panocha for a sweetish taste.

Armed with such information, I make this trip to Dapitan mainly to get a sense of the place. Such visits are encouraged by a program called “Lakbay José [email protected],” where several sites in the Philippines that has some significance to the national hero’s life will be part of what is known as a heritage trail.

For those who will do this heritage trail, perhaps they should bring along a copy of “Noli Me Tangere,” Rizal’s novel. In it, Rizal shows how much he knows about fish dishes in the chapter about a picnic hosted by the hero, Crisostomo Ibarra, where the cooking expert is Aunt Isabel of Maria Clara, the heroine. Whatever was caught in the lake, Aunt Isabel isolated according to dish: “The ayungin is good for the sinigang. Leave the bia for the escabeche. The dalag and the buan-buan for the pesa… The lobsters to the frying pan! The banak is to be roasted, wrapped in banana leaves and stuffed with tomatoes.”

Erratum: In last week’s column, it said that Sam Leong was here to judge a culinary competition then flew out the next day. That happened in 2004, his first time here. This second visit with his wife, Forest, was to conduct a cooking demo, and then to cook a seven-course dinner.