BTS wants you to love yourself | Lifestyle.INQ ❮ ❯ 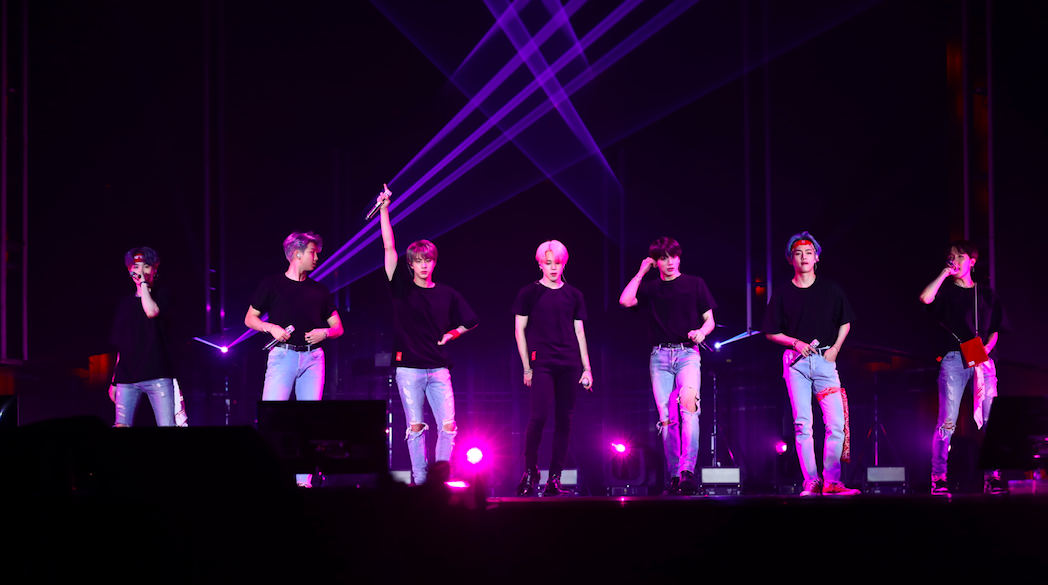 “Bring the Soul: The Movie” takes you backstage the historical BTS “Love Yourself” world tour.

BTS wants you to love yourself

“Please use me, please use BTS to love yourself.”

“You guys taught me how to love myself, every day,” RM muses.

It’s a scene that will last forever, immortalized in “Bring the Soul: The Movie.” RM’s honesty touches every single member of the Army, loyal followers of the Korean superstars, BTS. There’s a sense of responsibility in his sentiment, one that accompanies the band’s sold-out tour, which is named and based on their overarching campaign to “Love Yourself.”

BTS understands who they are in the world. And it’s on a chilly rooftop in Paris, where we find them looking back on what they’ve done, an inside take on a conversation filled with honest reflections of their six years in the industry.

Marking their return to the silver screen—the band brings you backstage with “Bring the Soul: The Movie”.

The documentary gives viewers a glimpse beyond the scenes of the septet’s record-breaking “Love Yourself” world tour, interspersed with performances and close-ups of energetic numbers from their concerts in the United States and Europe. “Bring the Soul” focuses on the introspective moments that showcase who the members of BTS really are.

They gather for dinner in Paris, as RM, Jin, Suga, j-hope, Jimin, V and Jungkook, celebrating the end of the European leg of their tour in 2018.

The film is fast-paced, as the camera tries to keep up with the band’s rapidly moving life. We follow them to spontaneous park trips and gym sessions—from New York to Berlin—scenes all over the world that bring profound realizations to each of the boys as they continue to fulfill their dreams.

There are no filters and no formalities. It’s a front-row seat on what it’s like to get around in private planes, tour massive stadiums and speak to millions around the world in the language they know best—music.

But it’s not about the glitz and glamour, it’s hard work and genuine passion that makes BTS who they are. There are unwanted injuries, bouts of loneliness and well, overwhelming anxiety that comes with becoming a symbol of hope to young people everywhere.

And yet BTS doesn’t shy away from the responsibility of being world-renowned artists, they welcome it with open arms.

There’s an air of gratitude as they drive around stadiums thanking their staff. Dedication and discipline shine through as they assess their performances behind the stage. And most importantly, a sense of comfort when they’re together—something they’ve found in each other, the same way millions have found it in them.

The documentary is a poignant look at how the members strive to practice what they preach. Loving yourself, truly, is easier said than done, but BTS is here to guide you through the grueling journey.

In the end, “Bring the Soul” spells it out: the boys of BTS aren’t perfect—they’re real, and that’s so, so much better.

“Bring the Soul” is expanded into an eponymous docu-series that takes a closer look at the snippets shown in the two-hour movie.

The series is exclusively available on the WeVerse. New episodes are dropped every Tuesday until Oct. 1.