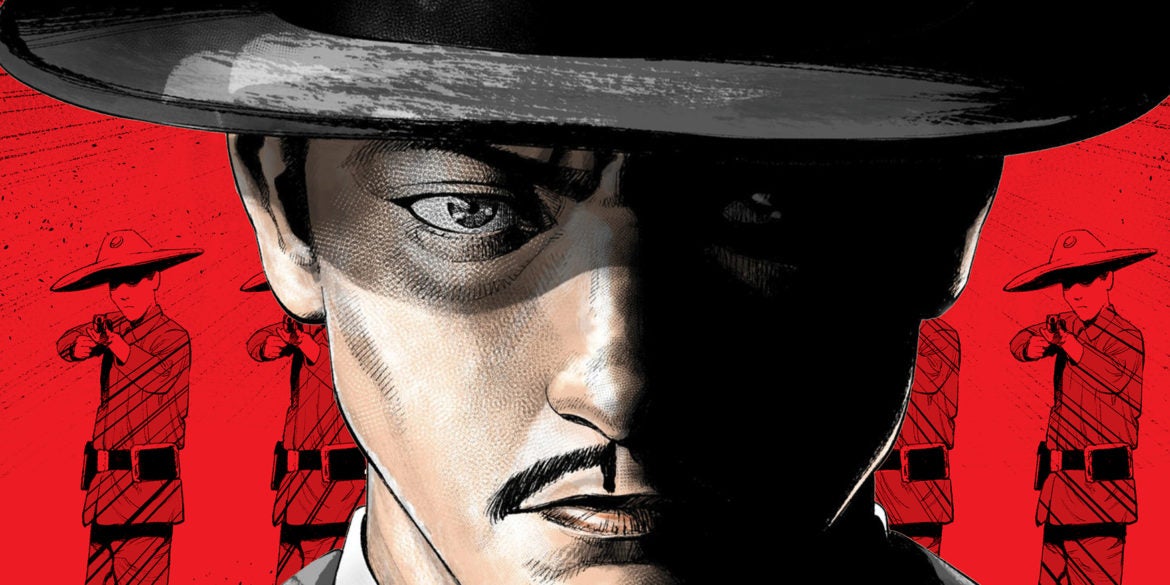 RIZAL REIMAGINED The national hero becomes more accessible to the comics-crazed generation, thanks to manga, the Japanese comic book tradition.

Filipinos think they know every little detail in the life of national hero José Rizal after being taught about him in school. But there is a dynamic new way of looking at Rizal, and one can find it in “José Rizal: The Filipino Hero’s Life Illustrated.”

The manga (Japanese comic book) on Rizal was originally published online in Japan by Torico Co. Ltd. in 2018. Published locally in paperback by Anvil Publishing Inc., the comic book presents an entirely new way for young readers to get to know Rizal as it casts familiar events in a new light.

The unique book’s story begins with Torico chief executive officer Takuro Ando, who talked to the Inquirer through email. 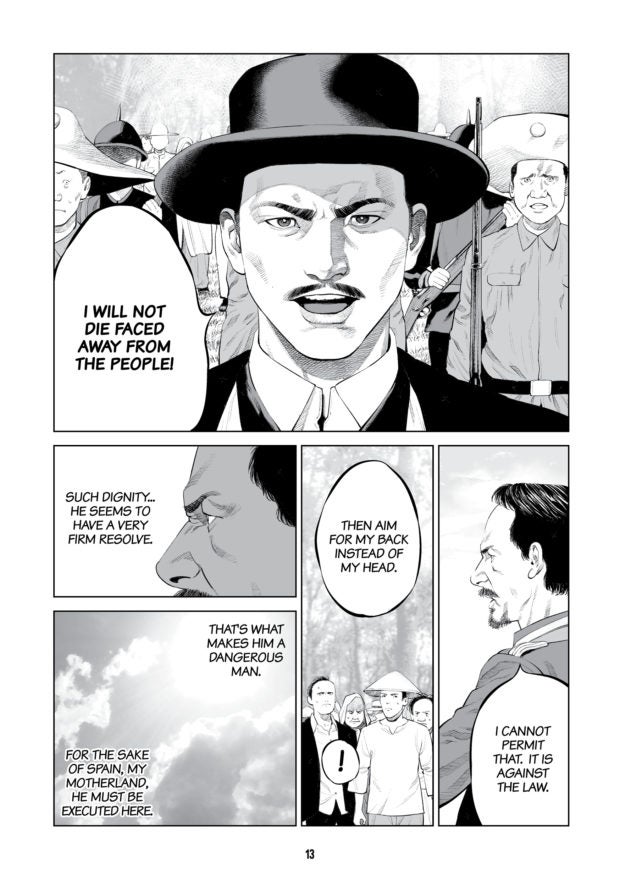 “I caught sight of a bronze statue of José Rizal in Hibiya Park, and began to wonder why a bronze statue of a Filipino was in Japan,” he recounted. After asking around, Ando realized “Rizal would be a good subject to let Filipinos and people all over the world see the appeal of manga.”

Rizal visited Yokohama and Tokyo in Japan in 1888. The Rizal bust in Tokyo’s Hibiya Park was erected in 1998 at the site of what used to be the Tokyo Hotel, where Rizal stayed.

The resulting manga, which first appeared in Japanese on the sukima.me website and in English on the manga.club website, was written by Takahiro Matsui and illustrated by Ryo Kanno. It was handled by Philippine translation company Creative Connections & Commons Inc.

“We decided to make it in two languages so we can introduce José Rizal to the Japanese and introduce Japanese manga to the Philippines. Thanks to that, our work was featured by various media and thus, many people read it,” Ando said.

Matsui was in the Philippines from 2011-2014 as a Japanese language education specialist for the Japan Foundation and taught Japanese in Cebu. “I always saw José Rizal’s statue and portrait,” Matsui said. “That made me want to write a story about this person who fought for the Philippines’ independence.”

Matsui read books on Rizal by Reynaldo Ileto, Renato Constantino, Vicente Rafael and Floro Quibuyen, which had been translated into Japanese. He readily admitted he should have also read Ambeth Ocampo, but did not get to do so.

For the art, Konno came to the Philippines to do his research: “I went to Rizal Shrine, Fort Santiago, the historical buildings around Manila and his hometown,” he said. 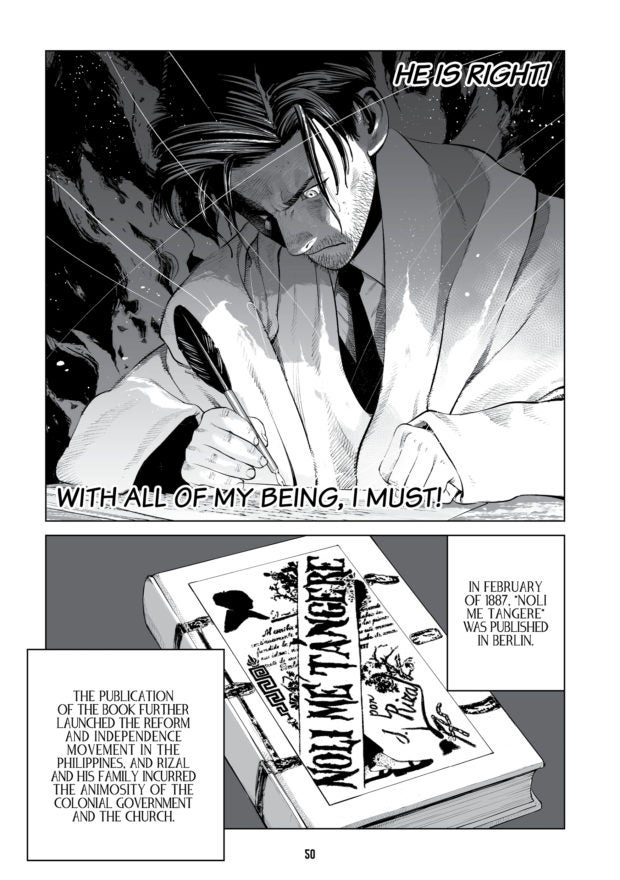 The manga takes a completely different approach to Rizal’s life by choosing events not usually focused on in Filipino classrooms. The very distinctive manga art style also contributes to this. Rizal is depicted in the style of manga heroes, but remains recognizable. The events in his life, such as writing the “Noli Me Tangere,” and his execution, are depicted in very dramatic fashion. Readers have definitely never encountered Rizal’s life like this before.

This was done on purpose, Matsui said. “First, I wrote the scenario by gathering episodes that will be entertaining to young Filipinos and Japanese. I think it is important to get people interested first. I intended to write a moving story.”

Matsui had an intended audience for the manga: “I wanted both young Filipinos and Japanese to read this manga, especially Filipino-descended children in Japan and the Japanese children around them. The Filipino-descended children in Japan did not have the same opportunity to learn about José Rizal and Philippine history. And they are growing up in an environment where it might make it difficult for them to show pride as a Filipino. I think learning about great existence from someone who has the roots like them, someone who [risked] his life for his country’s independence will become a new source of strength for these children.”

The manga was released online on June 19, 2018, Rizal’s 157th birth anniversary, and gained enough media attention to alert Anvil, which sought to publish the title in print form.

“Since then I’ve been asking Anvil to try and get in touch with Torico as I really felt a Rizal bio in manga format would do well in the Philippines. People like the manga format everywhere in the world,” said Anvil general manager Andrea Pasion-Flores, who finally traced a connection to manga comic book makers through the Japan Foundation.

A year later, Anvil released “José Rizal: The Filipino Hero’s Life Illustrated.” The manga featured a new cover and, to accommodate Filipino reading habits, switched the pages from front to back But it kept true to the manga format by keeping the panels right to left.

“What’s great about a manga bio at this point in a young person’s reading [habit] is it helps contextualize the novels of Rizal with his life and his times,” Flores said. “This particular Rizal story looks deeply into the aspect of racism during the Spanish colonial period. In particular, [it looks at] the sacrifice of his mother, Teodora, who was imprisoned for two and [a] half years for being falsely accused of poisoning her brother’s wife before she was found not guilty in a belated trial.”

(The Inquirer makes a cameo in one of the flash-forward sequences).

“It may be a little strange for Filipinos to read a manga written by a Japanese,” Matsui said. “But I think the theme of human freedom and equality deeply embedded in Philippine history is a universal theme.”

Konno shared this sentiment. “I think to have the opportunity to make a comic book in Japanese manga style that’s translated into many languages is an honor for me. As a mangaka (maker of manga), that was one of my dreams,” he said.

Flores thinks there should be more manga about Filipino heroes, something that Ando seconds. “If there is another opportunity in the future, we’d like to do so,” he said.

Matsui would be on board for such a project. In fact, he already has a suggestion. “I would like to make a manga of [Emilio] Aguinaldo, [Andres] Bonifacio, Antonio Luna, Gregorio del Pilar and Macario Sakay’s lives.”

[“José Rizal: The Filipino Hero’s Life Illustrated” will be available at the Anvil Publishing booth and the Children’s and Young Adult area at the 40th Manila International Book Fair at SMX Convention Center, Mall of Asia Complex, Pasay City starting Sept. 11. It is also available at National Book Store branches, Anvilpublishing.com, Shopee, Lazada and Filbars, and soon at nationalbookstore.com and JS Gaisano stores. Anvil will be releasing the book in Filipino as translated by Julz Riddle, before the end of 2019.]