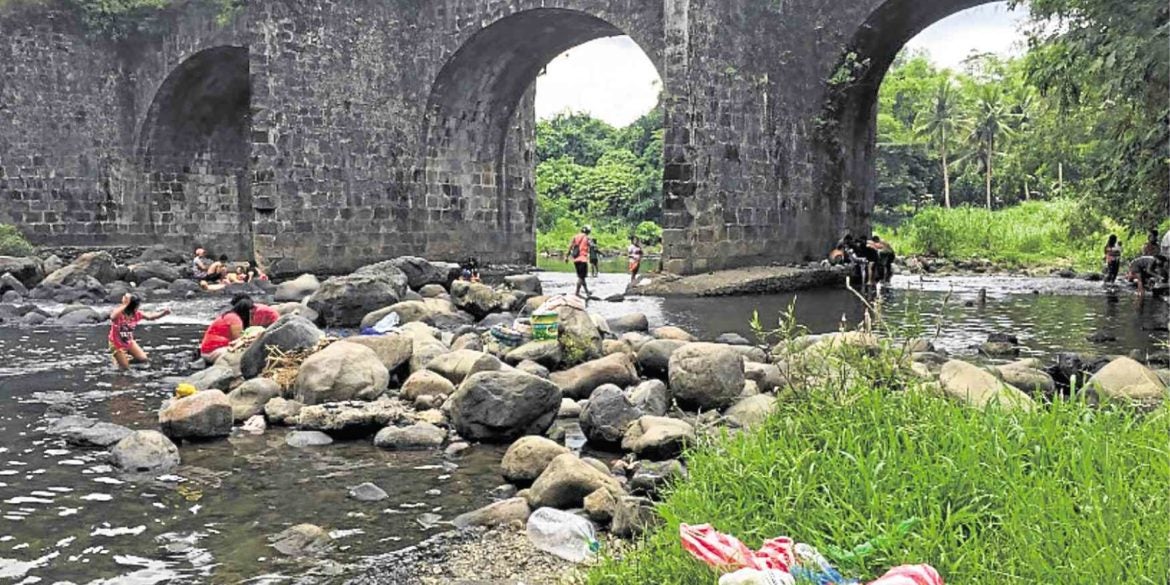 Vandals have defaced the historic Malagonlong Bridge in Tayabas, Quezon, the longest and grandest extant Spanish colonial bridge in the Philippines, authorities said.

The bridge, which spans the Dumacaa River between Barangay Mateuna and Barangay Lakawan, was built from 1841 to 1850 under the direction of the then parish priest Fr. Antonio Mateos.

Its importance in history had been recognized by the National Historical Commission of the Philippines, which installed a historical marker there in 2004. It was also declared a National Cultural Treasure by the National Museum in 2011.

It is a popular laundry area and site for picnickers especially during weekends. But picnickers leave trash, locals have complained. In some cases, they cook their food at the bridge’s pier, exposing the bridge’s adobe material to extreme heat.

In recent months, vandals have defaced portions of the bridge’s parapet and the blocks of stone in one of its barrel vaults where mason’s marks of antiquity are seen.

A Tayabas-based nongovernment historical and cultural organization called Tuklas Tayabas has condemned the vandalism, describing it as a “travesty.”

It calls for the strict protection of a very significant Spanish-era structure.

In a statement sent to the Inquirer, Oplan Sagip Tulay (OST), the heritage task force of the Tayabas local government said it had erased the old vandal marks placed early this year.

OST said it had been conducting a clean-up drive in the vicinity of the bridge. It had also helped eradicate vegetal growths. OST had also proposed to the local government to place a guard in Malagonlong to prevent vandalism and digging.

Under Section 5 of the National Cultural Heritage Act of 2009, declared cultural properties as supposed to be protected “against exportation, modification or demolition.”

Section 48 specifically states that someone who “destroys, demolishes, mutilates or damages any world heritage site, national cultural treasures, important cultural property and archaeological and anthropological sites” is punishable by at least 10 years in prison or a
fine of P200,000 or both.—CONTRIBUTED

Note: During a recent visit by the Inquirer, the old vandalism marks were still there vis-à-vis what are believed to be mason’s marks etched on the adobe stone.