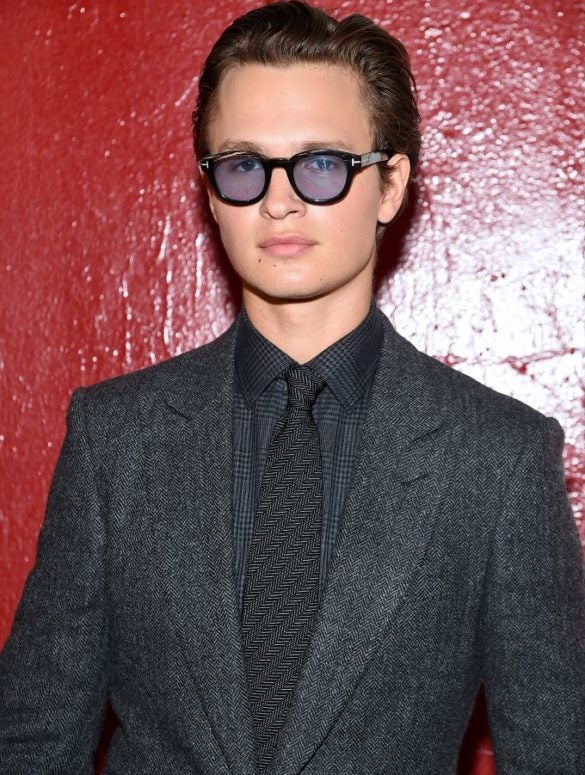 There is never no silk satin in Tom Ford’s world, a world inhabited by Colin Firth with a tie bar and Amy Adams with side-swept hair and plum lipstick.

But what’s up with those box-pleated floor-length skirts styled with wrinkly tank tops at Spring 2020? Who wants Gigi Hadid with a fauxhawk? Do I hear no one? Thought so.

Yesterday over cappuccino and cheese sticks, colleagues and I were talking about designers with a singularity of vision, whose body of work stem from a wellspring informed by an unrelenting persona. Their work can be both new and defendably predictable.

I didn’t think to put Tom Ford up for discussion, but now is my chance. But first, those skirts. I’ve seen them done better at Jil Sander by Raf Simons in 2011. In that show the ladies wore a chignon and the lights were on.

The thing about Tom Ford is that he’s non-negotiably earnest. Tom Ford talking about things is like Jeff Koons talking about puppies and mirrors. It doesn’t have to be Christmas, but Tom Ford’s wasted heart will tell you you’re beautiful in your front-seam stockings, and he means it without a tinge of irony.

Did you see Aaron-Taylor Johnson’s impression of Tom Ford? It’s absolutely spot-on because there’s literally only one version of Tom Ford to reference, and that’s the Tom Ford that Tom Ford plays in real life.

It doesn’t have to be Christmas, but Tom Ford’s wasted heart will tell you you’re beautiful in your front-seam stockings, and he means it without a tinge of irony.

For now let us postpone the debate on crotch-defying knee-length shorts with garter waistbands. Just know that if Tom Ford wants you to wear the shiniest lilac suit jacket with silk boxer shorts, knee-high boots, and acrylic nails on a night out, he’s not pulling your leg.

Yes, maybe he mistook you for Carine Roitfeld, but Tom Ford is not joking around.

Another good place to look around to get an idea how these clothes might make sense is the front row, where Mr. Ford’s anointed would wear last season’s swag. Miley wore the fur hat, Joan Smalls wore the red velvet number, and Ansel Elgort wore a gray-on-gray kit with brand new boots.

And because it’s Tom Ford’s world, it’s not just any old monochromatic pro-move; it’s an amalgam of the subtlest houndstooth and herringbone patterns that only Tom Ford’s eyes can see. I won’t be surprised if Tom Ford styled Ansel Elgort himself, because it’s exactly the kind of thing Tom Ford would do. Pete Buttigieg may have turned down Tom Ford’s fashion advice, but not The Goldfinch star, and the world is all the better for it.

That brings us, finally, to this fit’s piece de resistance: those tinted specs, which will make any bespectacled man look less like a nerd and more like an informed fashion person who happens to have bad eyesight.

I may have been known to wear a pair of these around town well into the night. While people are wondering if I’m blind, I’m thinking of all the ways I’m making Tom Ford proud.