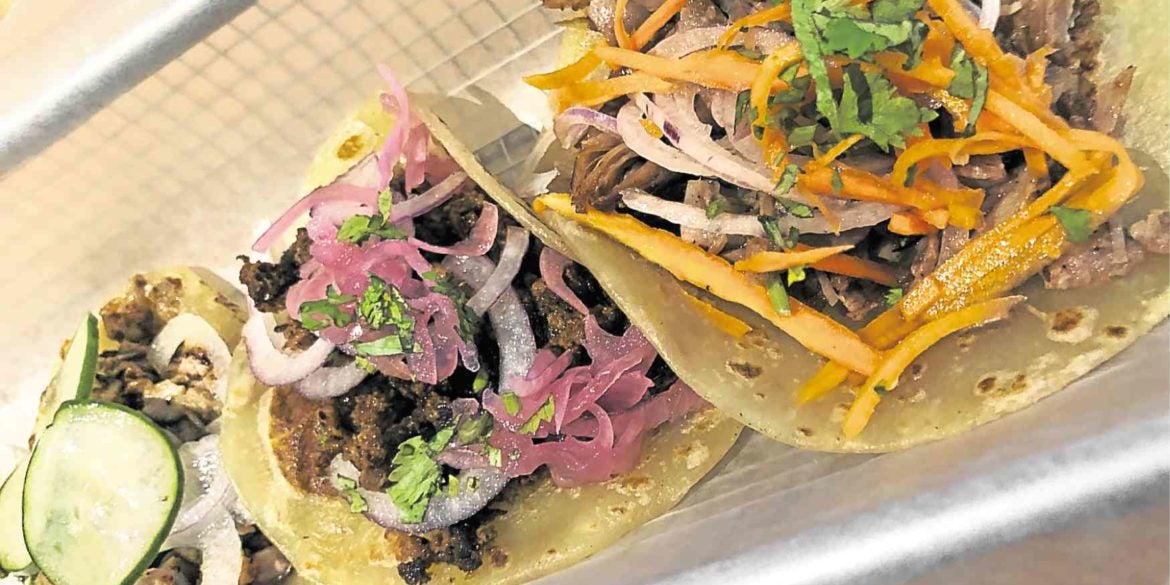 Before I went to the United States, my only exposure to Mexican cuisine was a restaurant bar in the 1980s that was more known for its dark ambiance and refreshing but strong alcoholic drinks. I don’t recall trying the food then at Tia Maria’s. The only thing I remember was that it was so dark, it was like walking into a movie house.

In the US was Taco Bell which I still occasionally enjoy to this day.

As a San Francisco resident in the late 1980s, I would frequent a Mexican restaurant on Grand Avenue called Taqueria. I realized that the Mexican food I had been previously exposed to was not as authentic.

Taqueria’s burritos were gigantic with a variety of fillings. I I also learned that tacos need not be crunchy.

Taqueria also had Chicharones, which were like our local chicharon.

Visiting a Sunday Mexican market in Los Angeles, I was surprised to see street food like callos, calf’s brain, among other exotic meats.

In one of our family vacations at a resort in Mazatlan, Mexico, I discovered the delicious cuisine of authentic Mexican food.  We would have it every day with fruit drinks laced with alcohol.

Even the Pollo Loco chain there was different. I have since fallen in love with Mexican food done the authentic way.

In Manila today, there’s a handful of Mexican restaurants. Most are good but not quite authentic.

La Chinesca of chef Bruce Ricketts is the one that brings me back to real Mexican food that I experienced in Mazatlan.

I love Ricketts’ creative mind. He makes taco wrappers fresh, as you order them.

Lagrima had only a few tables and a cozy atmosphere. I scanned the menu and ordered what everyone else did—three tiny tacos with a variety of fillings. I guess the taco wraps were also freshly made.

On my first bite, my brain told me, “Order more, this is not enough.”

Every taco was delicious! The taco filling dripped all over but I didn’t care. It was so good.

The Quesadilla crust was sticky and cheesy, the crust crispy, and the whole thing was outstanding.

We also ordered an Avocado tostado. Servings were very filling. I should bring my loved ones to Lagrima next time.