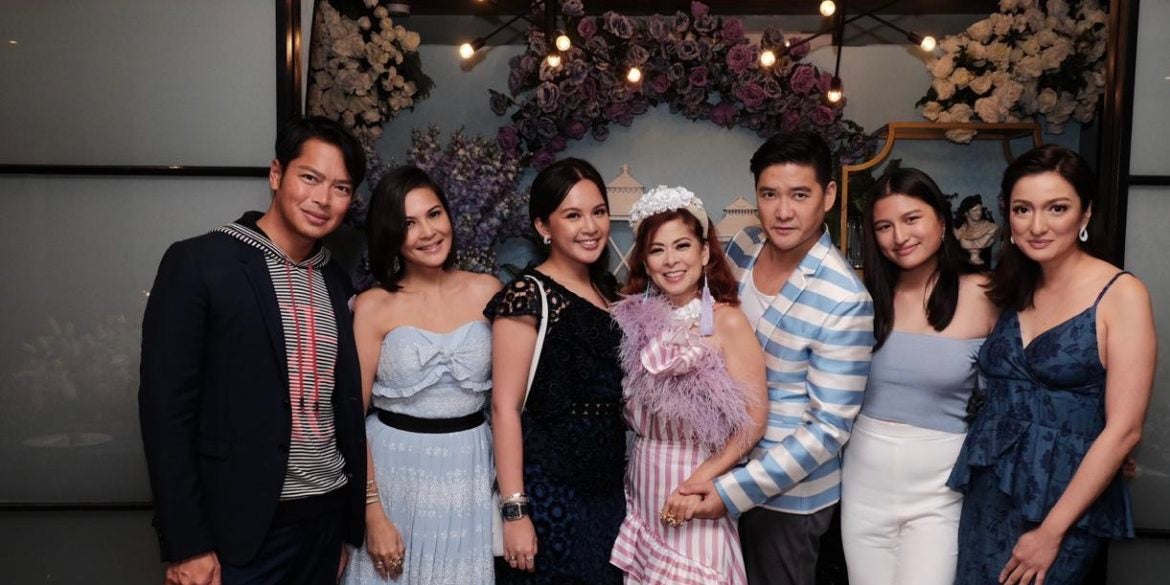 With the “ber” months officially on, we welcome the overwhelming reentry of pop legend Jose Mari Chan into social media feeds with witty and funny memes. I especially love his new McDonald’s ad with George Yang, chair and founder of McDo in the Philippines.

The campaign started in time for Grandfather’s Day on Sept. 8. With its life lesson of “living your dreams,” the ad made me think about other dreams that I would like to fulfill as I turn another year wiser.

My love for Africa has truly grown since the first time my hubby Dennis and I traveled there over a decade ago. My dreams are made of Africa! I‘m so thrilled and honored to be A2A Safaris’ newest brand ambassador to promote the destinations of the growing travel company.

As avid safari enthusiasts, A2A Safaris founders Lit Cortes and Binky Dizon experienced the challenges of organizing their own trips to Africa. This gap in the marketplace led to the launch of A2A Safaris as Asia’s first Africa safari specialists in 2002.

A2A Safaris specializes in bespoke, luxury safaris to Africa. It has deep, long-standing relationships in Africa, and works with a curated portfolio of luxury safari properties and handpicked safari guides across the continent’s most pristine wilderness areas. Since the 1990s, it has arranged several thousand safaris.

For our Red Charity Gala (RCG) next month, A2A Safaris is again supporting us with an exciting safari adventure. It offers an auction package of Royal Chundu in Victoria Falls, plus stays in super luxe hotels in Johannesburg, Cape Town and the Winelands—including a stay at famed winery Delaire Graff.

Last week, A2A Safaris, with the special participation of artist Irene Ibañez and her gorgeous watercolors of the African people, had a three-day pop-up of THEIR Africa—handcrafted, one-of-a-kind, ethically sourced and fairly traded items.

When A2A Safaris’ ladies Tracie Anglo-Dizon and Kitty Cortes saw the gorgeous watercolors of Irene, they just had to invite her to join their event.

The pop-up was held for the benefit of The Nomad Trust, a nonprofit organization which carries out community, environmental and conservation initiatives in Tanzania.

Soon after the safari trip, the family headed to Boracay for their cover feature of Lifestyle Asia’s September issue. The Aivee Group marks its 10th anniversary in the beauty industry.

The Aivee Group is named after its president and medical director, Dr. Aivee Teo, who established the company with her husband, Z.

A decade ago, Aivee put up a clinic to cater to her growing number of patients, and Z, the visionary that he is, established a clinic that gives clients the “experience” of luxury and sophistication in a health and wellness center.

Today, that first clinic in BGC turns 10, along with five new centers around the city. The group also opened a clinic in Singapore last year.

The Aivee Group has over 250 employees. At its anniversary celebration, awards were given to 10-year service awardees.

The group has received numerous awards and accolades from various associations in the health and wellness industry. One of these is the Ultherapy Visionary Award, which Aivee received from 2013 to 2018, in recognition of being the country’s leader in administering Ulthera treatments.

I’m grateful that Ulthera continues to support our RCG. We will auction a prize for a couple’s treatment as part of Ulthera’s newest campaign featuring Richard Gomez and wife Lucy Torres-Gomez.

Apart from endorsing A2A, I am also the Wilcon Depot brand ambassador. I was happy to attend the grand launching of Wilcon Depot Sto. Tomas, its third branch in Batangas province.

September is the month that we are in full blast preparing for the RCG on Oct. 12, 6 p.m., at Shangri-La at The Fort. RCG is the country’s premier fashion and philanthropic event, which cochair Kaye Tiñga and I started 11 years ago. Last week, the RCG press con was held at the Champagne Room of Manila Hotel, hosted by Manila Bulletin and Emil Yap.

For the first time, RCG will gather its past honorees in an unprecedented fashion event, “The First Ten,” a one-of-a-kind fashion show for the benefit of Philippine Red Cross, Assumption HS 81 Foundation and various charities throughout the country.