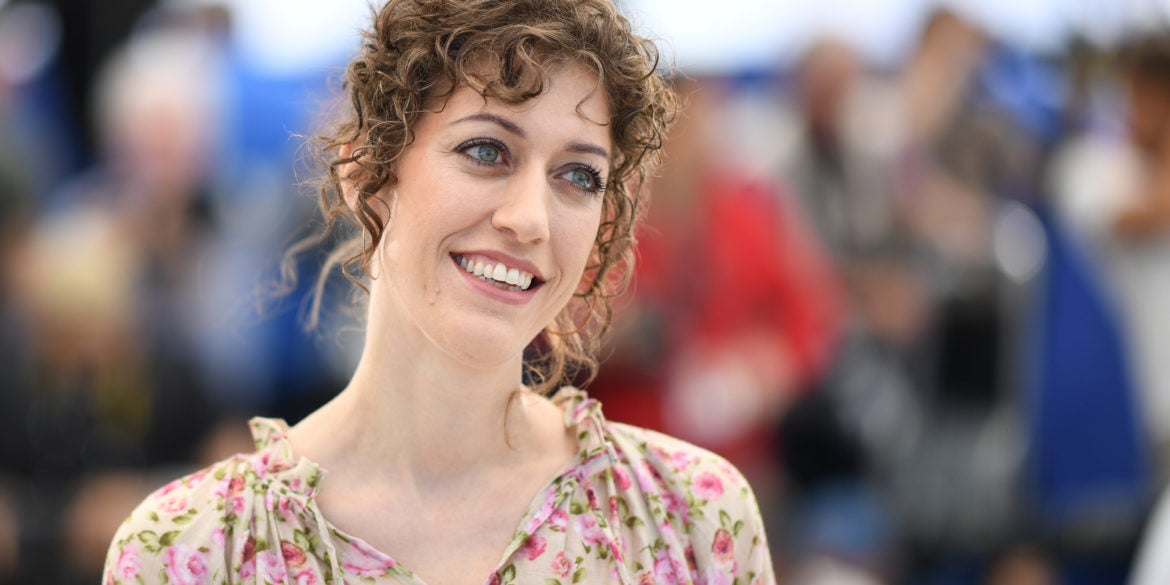 US film director Annie Silverstein poses during a photocall for the film "Bull" at the 72nd edition of the Cannes Film Festival in Cannes, southern France, on May 16, 2019. (Photo by LOIC VENANCE / AFP)

Silverstein’s first full-length feature, which was also selected for the Un Certain Regard section of the Cannes film festival in May, was awarded Deauville’s Grand Prize, as well as the festival’s Critics Award and the Louis Roederer Fondation Revelation Prize.

The film “paints an extremely fair and disturbing picture of Donald Trump’s America, America abandoned by its policies whether in school or in health,” said actress Anna Mouglalis, head of the Revelation jury.

“Bull” tells the story of 14-year-old Kris from Houston, Texas, who after trashing her neighbour’s house in a fit of youthful defiance, seems destined to follow in her mother’s footsteps to the state penitentiary.

To make amends, Kris is forced to help Abe Turner, an ex-bull rider scraping by on the Texas rodeo circuit, with errands at home and at his work. While travelling with Abe, she discovers a passion for bull riding. Yet, bad influences back home lure her back into delinquent ways.

Gerard Lefort, head of the Critics Award jury, described the film as a “captivating story with a staggeringly mature performance by actress Amber Havard, despite her young age.”

In the 45th edition of the Deauville festival, a total of 14 films were in competition, including nine first films and six directed by women, Deneuve said.

Cover image: US film director Annie Silverstein poses during a photocall for the film “Bull” at the 72nd edition of the Cannes Film Festival in Cannes, southern France, on May 16, 2019. (Photo by LOIC VENANCE / AFP)