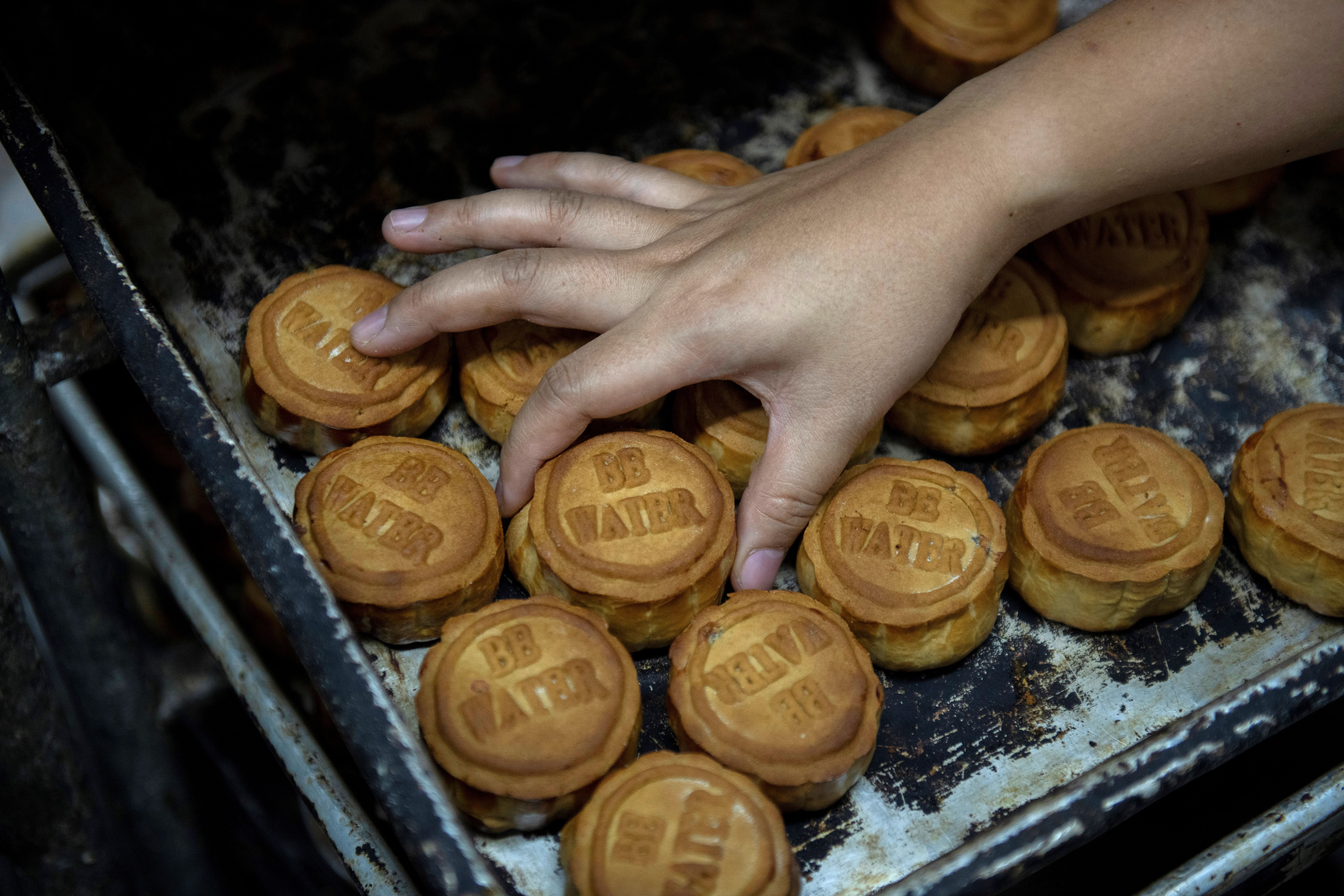 This picture taken on September 10, 2019 shows mooncakes, adorned with a popular slogan from recent pro-democracy protests, being prepared for the annual mid-autumn festival at a bakery in Hong Kong. - At the back of her tiny shop, Hong Kong baker Naomi Suen pulls out a fresh tray of mooncakes -- each one sporting popular slogans from recent pro-democracy protests. The cakes are a contemporary political twist on a gift traditionally given during the annual mid-autumn festival at a time when Hong Kong is convulsing with unprecedented protests. (Photo by NICOLAS ASFOURI / AFP)

Mooncakes a savory way to round out Mid-Autumn Festival

BEIJING — Eating mooncakes is undoubtedly the most important culinary ritual for the Mid-Autumn Festival in China, which falls on Sept 13 this year.

Flavors of the round pastries differ greatly from place to place, ranging from lotus seed paste and sweet bean paste to ham and pork mince. Food companies and restaurants nowadays are also developing more creative recipes and catchy packages to lure more customers in.

Traditionally, the most popular mooncakes are the Cantonese, Beijing and Su (Suzhou) styles.

The Cantonese style, which started in South China, typically consists of a thin, tender pastry skin enveloping a sweet, dense filling of lotus seed paste, sweet bean paste and nuts, while the Su style, originating in East China, is favored by many for its flaky layered crust. The Su style features both sweet and savory varieties, with the latter served hot and often filled with pork mince.However, the Beijing style is more known for the classic zilaihong and zilaibai. These handmade cakes with a harder crust are usually prepared with rock sugar, sweet-scented osmanthus, walnuts and pumpkin seeds.

The 2019 Development Trend of China’s Mooncake Industry unveiled by the China Association of Bakery and Confection Industry said traditional flavors are still the mainstream in the 2019 market, such as wuren (a mixture of five different nuts) and sweet bean paste, while new varieties such as French cheese and durian are more popular with younger consumers.2019 has also seen a boom in collaborations between pastry companies and museums in producing culturally themed mooncakes, such as those with poetic designs coproduced by Beijing’s Daoxiangcun pastries and the Palace Museum. The pastries, featuring a very untraditional and unique color of black on their crust, carry a literal connotation, as ink was widely used by the literati for paintings and calligraphy back in ancient times.