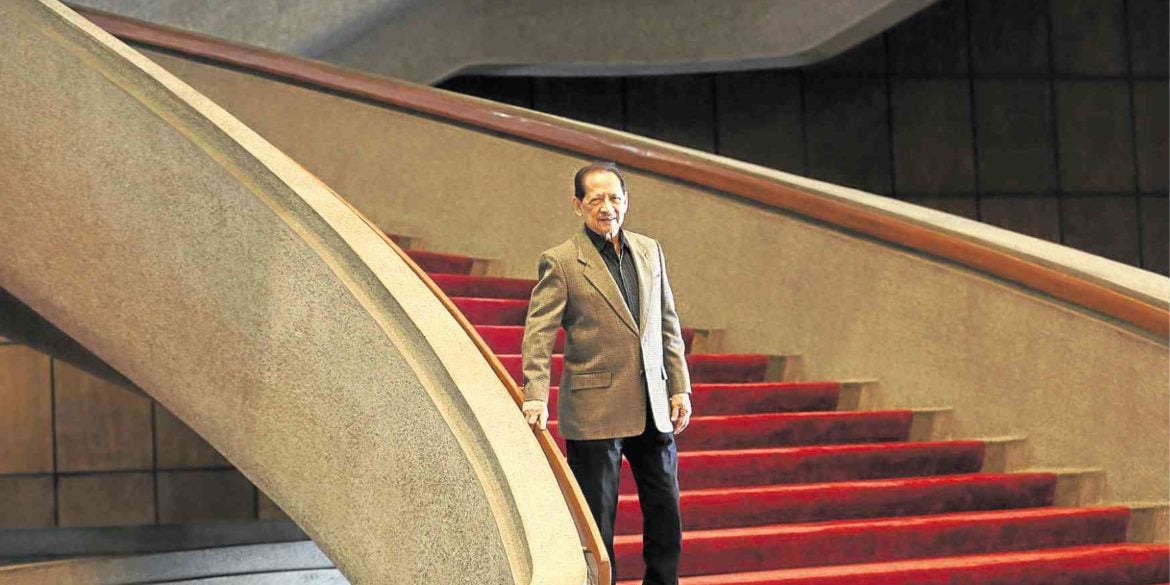 The Cultural Center of the Philippines (CCP) turns 50 years old this month, but the celebration will be extensive, said CCP president Arsenio “Nick” Lizaso.

All year round, the CCP will showcase live performances, exhibitions, touring, publications and digital archival projects aimed at engaging audiences, at the CCP itself and selected regions.

The new Tanghalang Ignacio Gimenez or Blackbox Theater will open the curtain on a season of shows with a decidedly contemporary and experimental bent, including new works in dance, theater, music and multimedia.

Flagship festivals will be enhanced in scope and scale to include more artists, engage more audiences, embrace a larger part of the metro and replicated in other parts of the country. These include Pasinaya 15, Virgin Labfest, Cinemalaya, International University Theater Association.

All in all, it is a hectic year for the CCP until September 2020.

But as someone put it, the past is prologue. After the celebration, what next?

Lizaso is grateful that this historic milestone is happening under his watch.

As he playfully put it: “It comes just in the ‘Nick of time’ because I never expected my election as the CCP president at this stage in my life when it seemed I am already running out of time.”

But even at his age, he never seems to run out of energy or plans. For three years now, he has been true to his vision of making the CCP truly a people’s cultural center.

Someone who heard Lizaso talking about bringing the arts closer to the people offered to donate a brand-new bus—“CCP on wheels”—to help his vision become a reality.

By way of its built-in LED wall, the bus is now used to bring world-class performances to people in neglected areas, even to slum areas, so that they, too, would see ballet and classical music, stage plays and other performing arts.

Lizaso may want to shake things up, but he’s not an iconoclast. He would rather build on the firm foundation of the past. He sees his task as expanding, enhancing, or renewing what is already there. This is why he says he is happy to “inherit” superbly able people at the CCP to help him continue and build on the programs the CCP has been doing for the past several years: Cinemalaya, Virgin Labfest, Pasinaya, to mention a few.

But Lizaso is likewise not the type to rest on the foundation of the past alone. “I want to initiate action that in turn triggers a chain reaction,” he says.

As an actor, director, educator and advocate, he sees himself as a catalyst by nature. In his limited tenure as the CCP president, he hopes to get the ball rolling.

Music is nonverbal as it communicates directly to the heart and soul. Seeing the convention center of Iloilo City filled to the rafters is for him enough proof of the awesome power of art—not just to uplift and inspire, but more important, to bridge, to unify, to transcend all ages and beliefs.

At the Philippine General Hospital, he was moved by the sight of cancer-stricken children enjoying the melodious strains of classics that alleviated their pain and suffering even for a few moments.

After the CCP’s anniversary, Lizaso wants to expand his plan to open up access to the arts, to create a two-way flow of arts from the regions and to the regions. This way, people in the provinces get a taste of what is seen in Manila.

This, in the long run, will help uplift the level of art appreciation of Filipinos from all walks of life. Imagine indigenous Manobo dances and visual arts raised to global class, and imagine people in Kidapawan or Aparri enjoying the orchestral music of Beethoven or Mozart.

Complementary to breaking down the walls of the CCP metaphorically as an institution for the elite, if given the chance, Lizaso wants to break down the walls of each cultural agency and allow the free and creative fusion of expertise and synergy.

Why stop the performing arts from harnessing the power of film? Why not enable the visual arts to employ music, or history turn into theater, or envision dance as literature, and so on.

Lizaso wants to see the day when history scholars will learn the craft of filmmaking, theater artists take workshop in painting, and so on.

Will he realize his vision while he’s still the CCP president?

With a wink, he confidently declares: “As always, we’ll do it, just in the nick of time.”—CONTRIBUTED