For its golden anniversary, CCP to stage show of shows | Inquirer Lifestyle 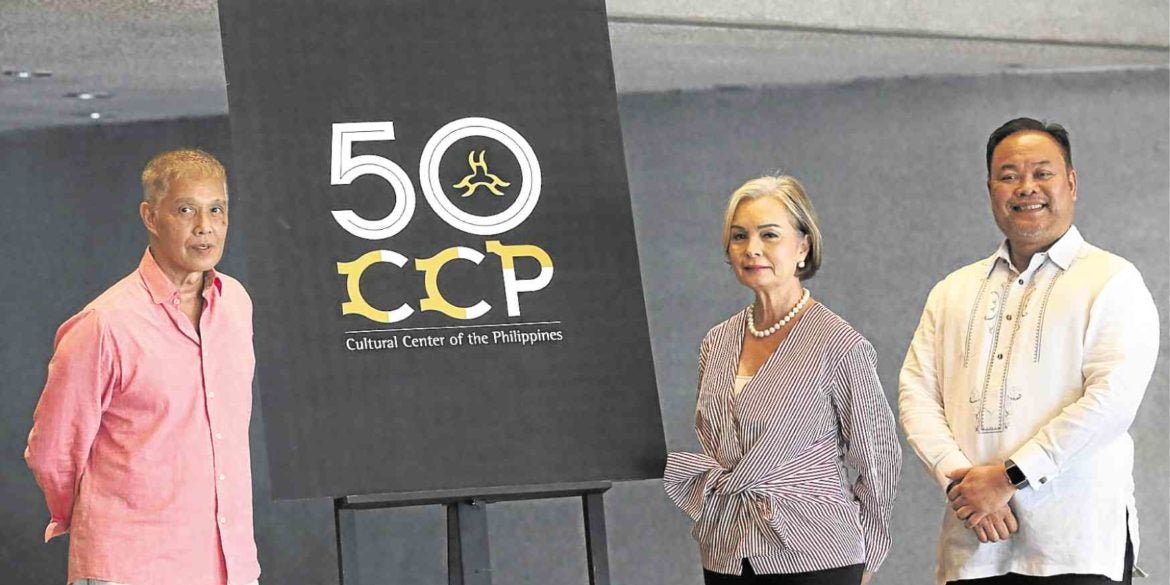 For its golden anniversary, CCP to stage show of shows

You might call it the show of shows. To launch the celebration of the Cultural Center of the Philippines’ (CCP) 50th anniversary, the CCP will hold gala shows Sept. 20-21 featuring the country’s leading talents. It is the start of a five-year campaign to raise up to P1 billion to renovate and upgrade the main building, and bring it up to par with theater and opera houses worldwide.

These were among the highlights in exclusive interviews with CCP chair Margie Moran Floirendo, CCP artistic director Chris Millado and Loy Arcenas, director of the gala show. This will be held at the CCP’s Tanghalang Nicanor Abelardo (Main Theater), 8 p.m. on the two dates.

“This building is 50 years old,” said Moran. “We need to update and compare ourselves, to be at par with the best in Asia and the world theaters. This is the only legitimate theater we have, all the others are performing arts theaters. This is the theater, the national theater, and we have to rehabilitate, as you can see it leaks.”

She added: “We have to raise as much as P500 million just to do the renovations without yet updating the lighting, the stage, the chairs. We’re also doing the development plan for the whole complex, and that means that we will soon be listening to offers from different development companies, the new proponents of the development for the CCP Complex.”

Millado cited the need to close down the theater for one year once the funds are raised: “That’s how major the five-year campaign is. That’s why we are trying to push for the building of the two new buildings while we are raising the funds, so the Artists’ Center should be up, the new Performing Arts Center should be up, to minimize the disruption of regular programming.”

The CCP mounts 900 performances every year.

“Developing the prime real estate that is the CCP Complex is another important factor. “We are talking about a multibillion development,” said Millado. “As you know, the whole property is one of the prime properties that has yet to be developed in this area. There are a lot of very interested parties in terms of development, which we need to manage properly so that the CCP and the arts community get the best deal in the long run.”

The 21st will be a “People’s Gala,” with ticket prices ranging from P50 for the stratospheric seats to P100 for balcony and around P1,000 for orchestra. “These are our popular prices,” said Millado. “The idea is to broaden our access to this kind [of audience].”

The show will be underwritten by BDO.

“The marching order for Loy (Arcenas) was to come up with a two-hour gala that tells the story of the CCP’s values, which are excellence, Filipino work, and the nurturing of the next generation of artists and audiences,” said Millado. “At the same time we show the three values of kabutihan (goodness), kagandahan (beauty) and katotohanan (truth), and how it has been redefined by the CCP at least in its current torque.”

Arcenas observed: “We are an archipelago with different influences, and so we do that [with the show], and at the same time we have to touch the different arts of the CCP—visual arts, literature, theater, cinema, dance, music. All that has been developed in the past 50 years we try to showcase or how that has influenced the Filipino identity within the country and also to the outside world.”

“More than anything else it’s really about defining what the CCP has been doing, and what the CCP intends to do for the coming years. For example, we’re doing regional dances or practices from the north and the south, the different eras, the Spanish era, the Spanish-American era and the way we celebrate fiestas.

“We have to also try to define what literature has done to the country, how literature has been transformed into theater and how theaters have evolved into musical theater,” Arcenas said.

“The choirs anchor the whole show,” said Millado. “The whole show is conceptualized around choirs, and 250 chorus members are on stage.

“And something that we are incubating,” he added meaningfully, “which you’ll be the first person to hear about, is the CCP on HD. We’re doing a professional video coverage of this gala, and we are going to do a postproduction, together also with Arcenas and videographers to put together an HD version of the whole event.

“And then we will be cooperating with cinemas nationwide to show this. It’s going to be like the CCP Gala on HD, so that all the regions will be able to share the experience.” —CONTRIBUTED