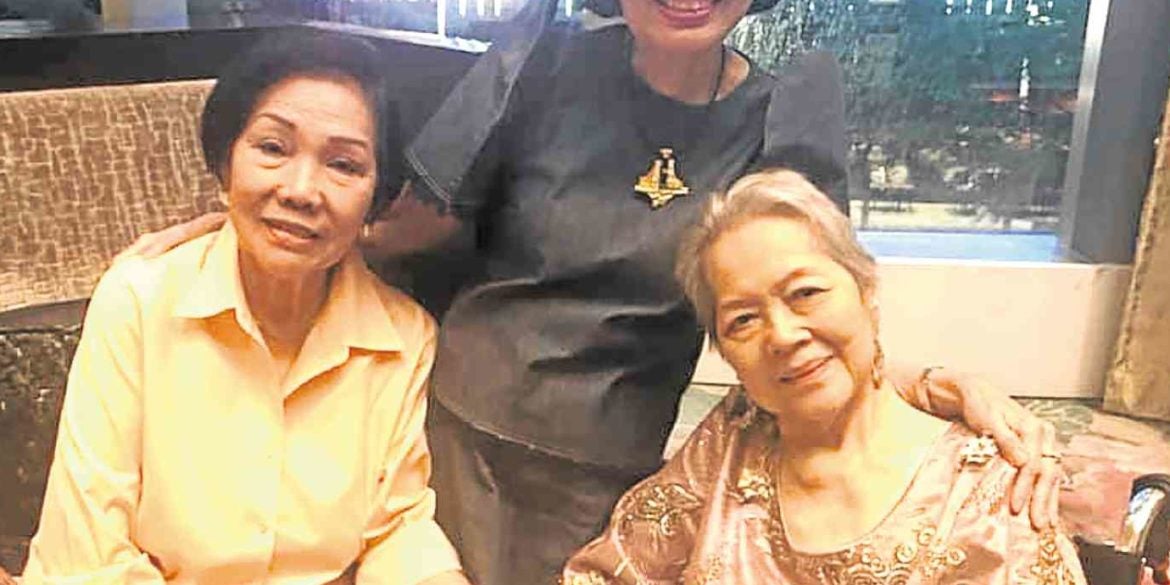 The launch of “Kain Na: An Illustrated Guide to Philippine Food” (RPD Publications, 2019) at the Shangri-La at the Fort was a gathering of culinary personalities. Everywhere one turned, one encountered food writers, chefs, restaurateurs, bloggers, culinary TV show producers and their hosts.

A surprise presence was writer Gilda Cordero Fernando who came in support of her friend Felice Sta. Maria, one of the authors of “Kain Na.” Both had worked on several book projects before.

He was surprised I am married to a Waray, a Makabenta, “a family of writers,” he said. We both know tuba or coconut wine is the drink most associated with Leyte and Samar but he said he considers it a part of the entire country’s  cultural heritage.

In the book, he cites tuba in Philippine history, in songs and poetry. But he goes beyond that by suggesting ways on how to market it like holding an Oktubafest. Turns out, the first was one was held in Tacloban, Leyte.

“In High Spirits” meanwhile is a handsome book about Filipino artisan wines. I never knew there were so many! There are wines from palm trees, herbs and honey, rice, corn, root crops, beans, sugarcane and tropical fruits. But there are also wines from grapes cultivated in the country and from imported crushed grapes.

The pictures of the bottled wines were beautifully photographed by John K. Chua with book design by well-known artist “Dopy” Doplon.

Pacho said that his next book would be about rice wines.

Another book to watch out for is the new edition of Nora Daza’s bestselling classic, “Let’s Cook with Nora” (Anvil Publishing, 2019) updated by her daughter Nina Daza Puyat.

It took time to test all recipes including variations in some recipes to suit millennial tastes.

It is a handsome book printed on good paper with great food photographs, a vast improvement from the simple artwork of Daza’s original book. Nina’s mother would have been proud.

Another must-have is “Atching Lillian’s Heirloom Recipes: Romancing the Past through Traditional Calutung Capampangan” (Center for Kapampangan Studies, 2014).

Author Lilian Mercado-Lising Borromeo sent it to me because I told her I couldn’t find the book in Manila. Our bookstores woefully lack the interesting books mentioned here. I was told the best way to get your hands on them is to order online from digital bookshops or the publishing houses.

Borromeo and I judged a Pampango cooking event and she invited me to her house in Mexico, Pampanga to observe her make ensaymada. Her book is divided by seasons: Kauran (rainy days), Pamamupul (harvest), Kaleldo (summer), Pamananaman (planting). The seasons dictate what will work well with the weather or what ingredients sprout or can be caught during that time.

I didn’t count the number of recipes but the list is long for each season, probably enough to fill a year’s worth of menus.