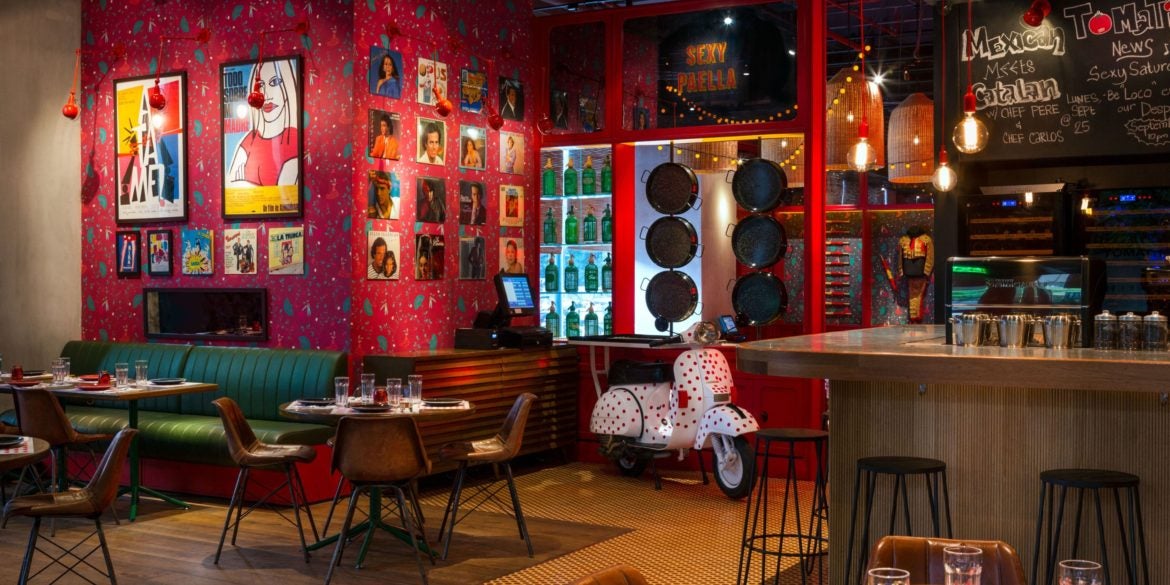 No one can meld world-class Spanish culture and cuisine as well as add a dash of fun and funky 80s vibe into it better than chef-restaurauter Willy Trullas Moreno. This was made clear when he launched an ingenious concept called “Tomatito”. He was in the Philippines recently to help introduce the restaurant’s latest dishes created by its new Head Chef, Ivan Fernandez.

The word Tomatito was coined from the name of an iconic Spanish Flamenco guitarist, Jose Fernandez Torres, whose nickname was “Tomatito”. In Spain, tomatito is also referred to as “little tomatoes”, a unique and quirky brand name reflected in the restaurant’s seductive red interiors and cuisine. It was originally based in Shanghai under the El Willy Fun F & B Group (headed by the Chef Willy) in affiliation with Bistronomia, the same company behind Rambla, Las Flores, and La Lola Chureria. 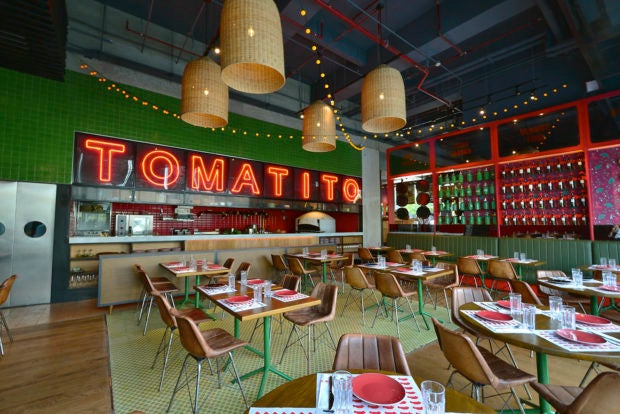 “Tomatito is a catchy word that easily rolls off the tongue. The restaurant and its cuisine were influenced by traditional Spanish tapas bars found in Andalucia, where people get together, eat tapas, have wine, and listen to great music,” Chef Ivan said. The 30-year-old chef, who was born and raised in Madrid, Spain, recently introduced his selection of Spanish dishes, heralding the flavors that Tomatito is known for.

Chef Ivan trained and worked as a sous chef in Tomatito Shanghai for over 9 years. In Manila, he aims to relive the Tomatito Spanish tradition in every plate with tasty and colorful dishes that will please the Filipino palate. 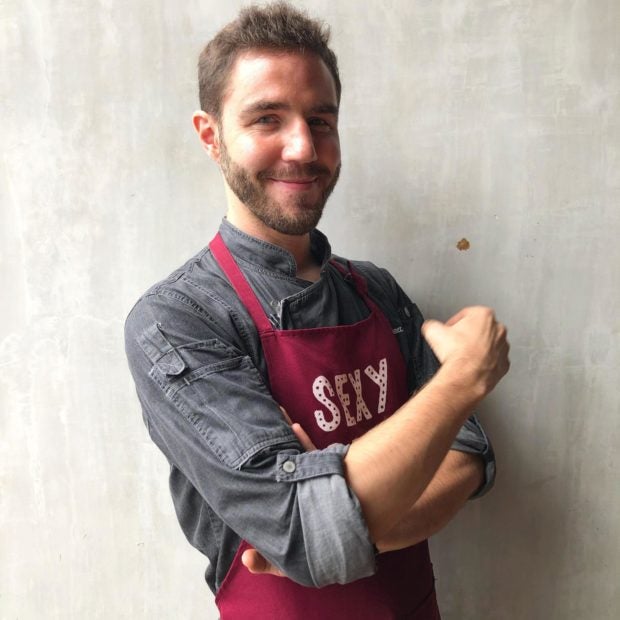 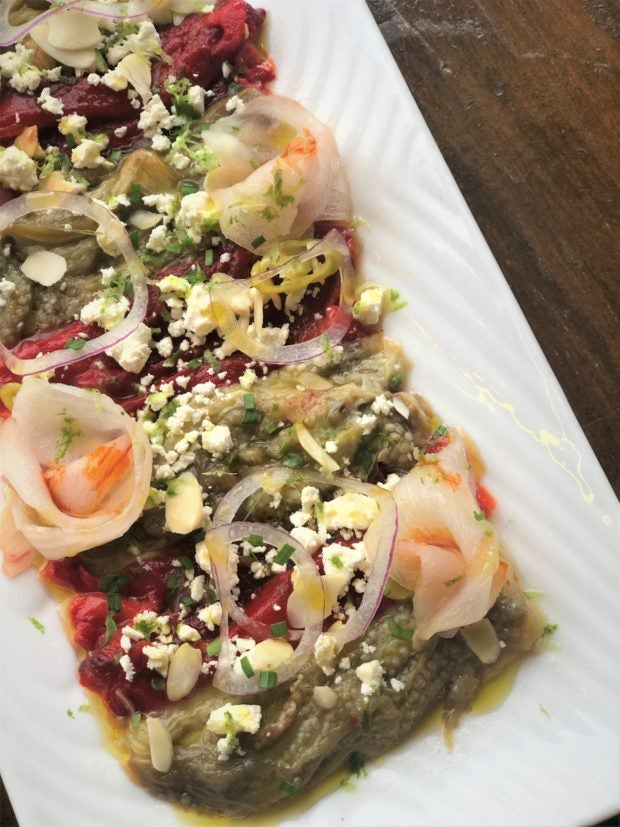 Chef Ivan says a complete Spanish meal should start with Jamon and Olivas, followed by a montarito, choice of tapas before opting for an entrée, and dessert. The best pair to all these is either a glass of Spanish wine, beer, or sangria. Peruse Tomatito’s regular menu and the first thing that will catch your eye are the Chef Selections. These are items that showcase chef-recommended dishes like Ajo Blanco con Langostina and Sexy Bikini, among others.

Para empezar (to start with), there are Olivas, Mejillones de escabeche, Boquerones or La Chacineria Jamon. Specialty tapas, meanwhile, include Explosiones de atun y Tomatito, and the famous Salmon TNT. To experience an explosion of flavors: “You simply pop the whole thing in into your mouth with two fingers and bite,” Chef Ivan suggested. 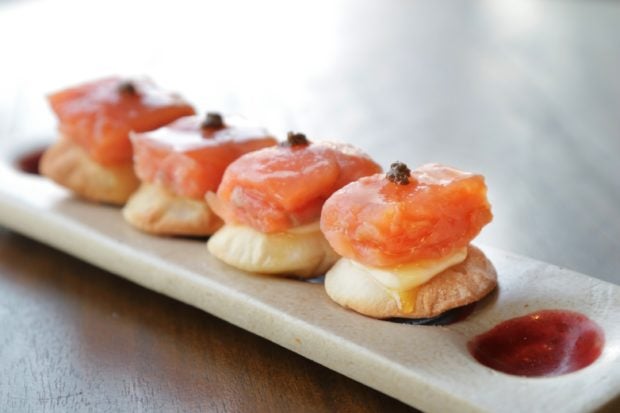 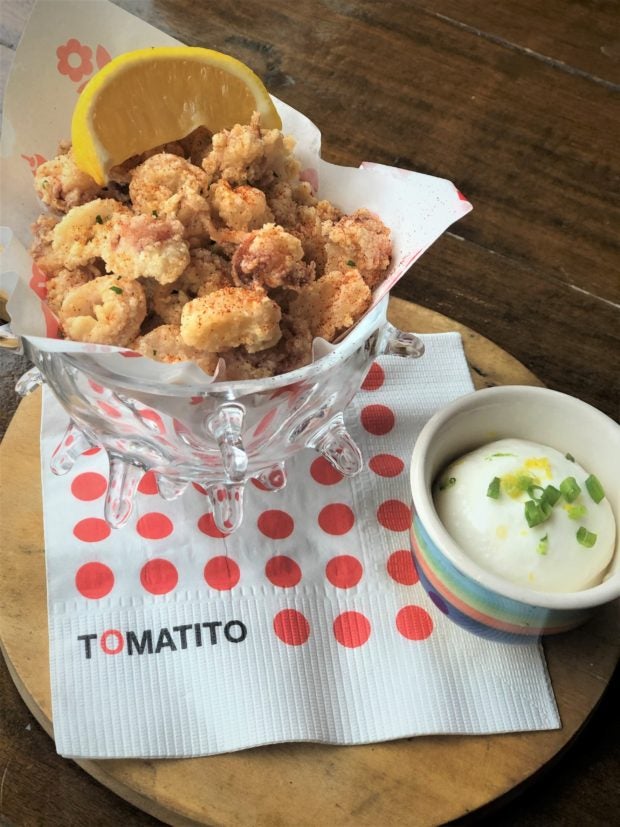 The open kitchen is Chef Ivan’s showroom and he considers it as a ‘window’ so guests could see how he and his team work within clean, hygienic standards, in terms of prepping, cooking, and plating all dishes.

“I would also like our staff to be a little more interactive with our guests in keeping with the playful element of the restaurant and so they will be able to answer questions about the restaurant,” he added.

Funky 80s design, relaxing music, and a sexy red hue—these are the elements that contribute to the warm and fun atmosphere. A small accent corner showcases Spanish icons and symbols. Frames of Spanish singers of the 80s—such as Lolita, Bertin Osborne, and Julio Iglesias and other personalities who Gen X-ers are sure to remember—adorn one side of the wall while on the other end is a jersey from the famous FC Barcelona. 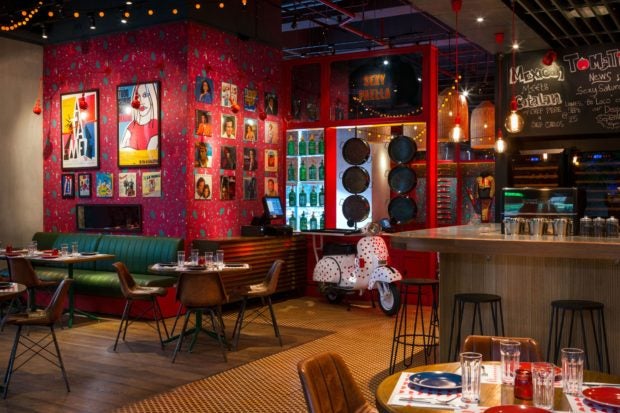