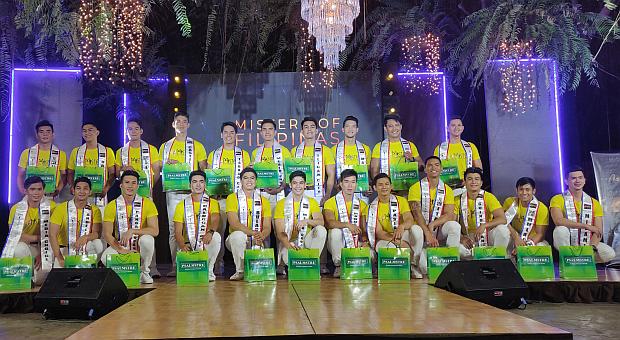 Twenty-two of the most dashing Filipino men are vying for five crowns in the 2019 Misters of Filipinas pageant. (Photo by ARMIN P. ADINA / Contributor)

5 new kings to be crowned at Misters of Filipinas 2019

MANILA, Philippines — Misters of Filipinas pageant is set to crown five new kings for its 2019 edition to be staged at the Fil-Oil Flying-V Center in San Juan at 7 p.m. on Saturday, Sept. 21.

Carlo Morris Galang, president of pageant organizer Prime Event s Productions Philippines Foundation (PEPPS) Inc., told the Inquirer in an earlier interview that aside from the Mister International Philippines and Man of the World Philippines titles, this year’s competition would also proclaim three more winners who would be sent to the Mister Model Worldwide, Mister Tourism Culture Universe, and Mister Model Universe.

Aside from Pasion and Campos, the competition has also produced other international winners in the past, including hunk cop Neil Perez who became the first Filipino competitor to bag the Mister International title in 2014.

Karan Singhdole snagged the Man of the Year title in 2016, while “It’s Showtime” mainstay Ion Perez won the Mister Tourism Universe crown in 2018.

Twenty-two aspirants from around the country and different overseas Filipino communities are vying for the five titles at stake tonight.