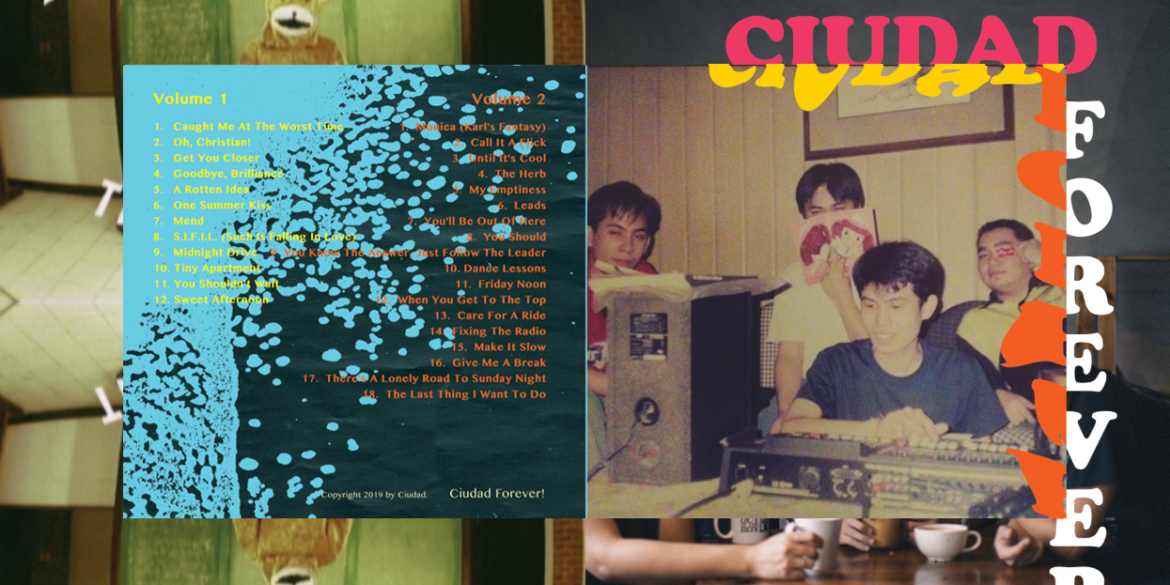 Ciudad has been making music longer than Kathryn Bernardo has been alive. Something about that statement feels vaguely wrong but it’s true; I checked. The indie stalwarts, one of our finest rock bands, began when the term du jour to describe their sound was still “alternative” (google it, you whippersnappers). This was wayyy back during the halcyon days in the year of our lord nineteen hundred and ninety four, an auspicious year (this writer’s favorite) that gave us, among other things, the Playstation, Final Fantasy 6, “Pulp Fiction,” Weezer’s debut “Blue” album and “Neon Genesis Evangelion.” They were in high school when they started, won a Battle of the Bands competition, got signed to BMG Records in college, put out an album, went indie and got better. Four albums later and they have fans in multiple demographics, some in bands who started listening to them when they were in school shorts. One of their sons plays bass for them during gigs.

And now the band is turning 25! To mark the occasion, a new album: “Ciudad Forever,” launched in an anniversary celebration last Friday at 123 Block. Their sixth album, “Ciudad Forever” is actually kind of a double album, with the first volume a batch of new songs and the second a quasi-“best-of” collection of material from their second to fifth albums (the first is in a quantum state of legal limbo, alas). The tracks have either been rerecorded, or remixed and remastered. How appropriate for such a momentous milestone: an opportunity to look forward and back, with all their experience brought to bear.

The new songs are a treat, though some will already be familiar to fans; singles like “Caught Me At The Worst Time,” “Tiny Apartment” and “Get You Closer” have been released sporadically in the last few years. They mesh well with brand-new cuts like “Goodbye Brilliance,” “A Rotten Idea” and “Midnight Drive,” the latter with a touch of Tame Impala. It’s been interesting seeing the band ease into their maturity, their sound expanding and their audience reflecting that expansion. The anniversary/album launch party last Friday was a blast as they were joined by a Murderers’ Row of amazing bands, all of whom are good friends they’ve grown up with in the music scene. Ang Bandang Shirley, Sandwich, Pedicab and the Itchyworms! kicked off the festivities before Ciudad took the stage to the cheers of a crowd that included OG fans like myself (from high school!) and teens the age of gig bassist/Mitch’s son Wocky. They played through a sizable chunk of their catalog, fans singing along, time flattening in the grip of a great hook, a sick beat, a howl from the heart.

If you’re lucky you might still be able to find limited edition CDs of the album “Ciudad Forever,” zines and shirts available for purchase at future Ciudad gigs.