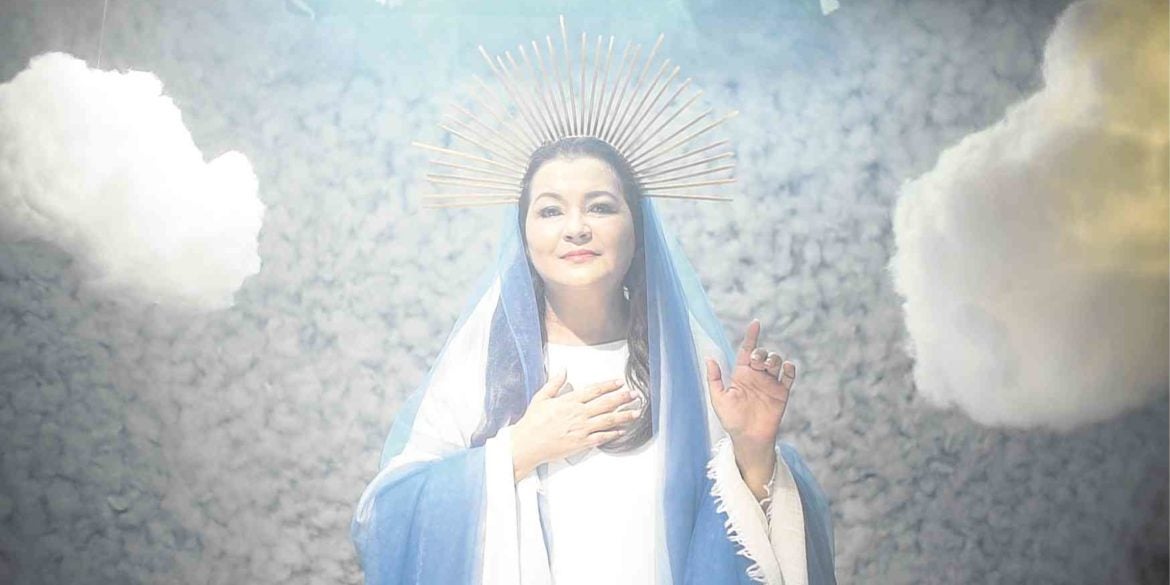 “Magnificat,” possibly the modern religious musical play that has been restaged the most in local theater history, is due for another run in September and October.

The play, written and first directed by Nestor Torre Jr., is now being presented by Lyric Opera of the Philippines (LyrOpera) headed by Sherwin Sozon as executive producer.

Sozon says the presentation is a totally new staging of the 1996 musical whose music was composed by National Artist for Music Ryan Cayabyab.

“Magnificat,” Torre’s tribute to the Blessed Virgin Mary has to its credit been staged more than 200 times in different parts of the country.

Developed by Torre as a travelling theater piece, it was staged in a wide range of venues, including theater halls, churches, gymnasiums, gardens, hospitals and living rooms of homes, as well as the Araneta Coliseum, Meralco Theater and Cuneta Astrodome.

Young Mary is played by a new discovery Alyssa Evangelista, who makes her debut through this production.

The older Mary is played by Pinky Marquez-Cancio, who originated the role. Ana Feleo plays Mary on certain days.

Jesus is played by Al Gatmaitan.—CONTRIBUTED