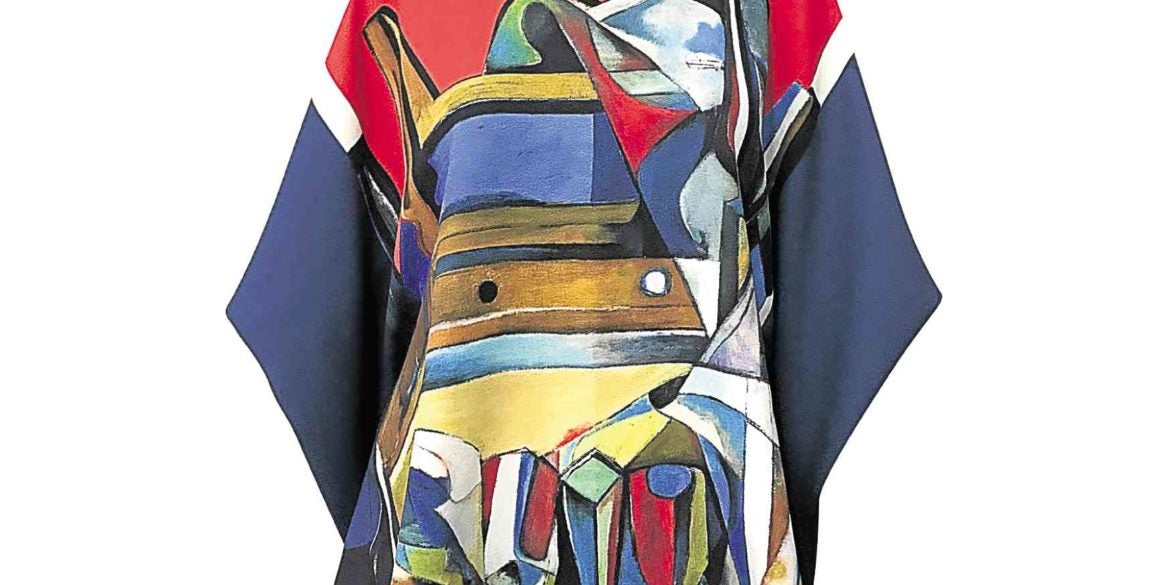 It has been a decade since the fashion retail brand Freeway sought to honor National Artists starting with writer Nick Joaquin for whom it created a tribute fashion line.

Freeway then followed it up the same year by featuring Ang Kiukok in its holiday collection, which was a clear runway hit. Kiukok’s collectors and fans were finally able to wear his art.

Since then, the brand has continued to pay tribute to the National Artists. This year Freeway is paying tribute to the Cultural Center of the Philippines on the latter’s 50th anniversary.

Best known for her social realist and post-Cubist portrayals of Filipino life and culture, Anita Magsaysay-Ho was the only woman to be part of the pioneering Thirteen Moderns. Her works are much sought after especially in the auction scene.
National Artist Vicente Manansala is another member of the Thirteen Moderns, and his striking works along the aesthetic of his famous “Transparent Cubism” featured in the Freeway collection are engaging and dynamic.
Also included in the collection is National Artist Arturo Luz—printmaker, sculptor, designer—known for his playful geometric figures and forms.

Prolific writer and art critic Cid Reyes is an abstract expressionist whose images of expressive splendor distinguish the Freeway collection.

National Artist Cesar Legaspi’s work are also included in the Freeway’s CCP collection. His images depict the anguish and dehumanization of beggars and laborers in the city, and they render powerfully well in fashion despite the bleakness of the subject matter.

And since this Freeway collection pays homage to the CCP on its milestone year, it is only proper that the works of National Artist Hernando Ruiz Ocampo should be included, especially since his famous colorful giant abstract graces the CCP Main Theater, by now a very familiar sight for concertgoers and other CCP habitues. —CONTRIBUTED