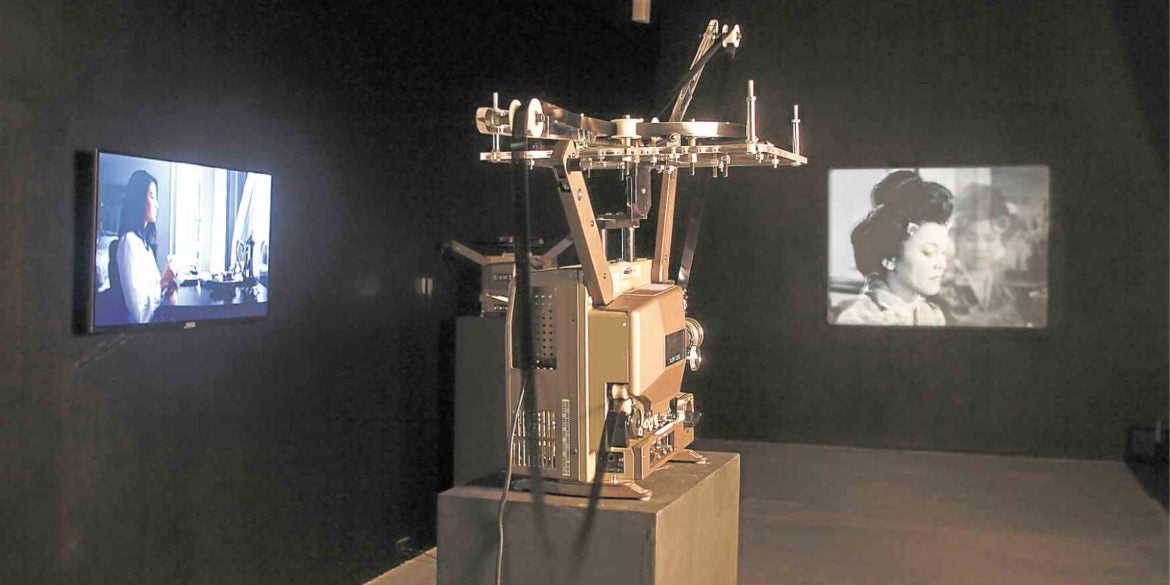 Archivo 1984, the unconventional art gallery focusing on contemporary art, is closing shop this year but will reopen in 2020 as a film archive, a library of rare books, and a service for digitizing old films.

Its name was coined in the same year the owner—who requested anonymity—started collecting artworks, old books and film memorabilia at age 8.

Archivo 1984 opened in 2012 in a 23-sq m space in Poblacion, Makati, as a means to dispose of the owner’s burgeoning collection. It sold works by Roberto Chabet, founding father of Philippine conceptual art, and his proteges such as R.M. de Leon, Francesca Enriquez and Jay Tan.

A wall was filled with movie posters and paintings, and a section was dedicated to out-of-print books.

A few years later, it moved to a two-story space along Chino Roces Avenue, also in Makati, which could hold big exhibitions. Its landmark exhibit was a retrospective of Manuel Ocampo.

The modest sales subsidized the gallery for a few years. In 2018, Archivo 1984 opened a shop at the Cultural Center of the Philippines (CCP), which has found a good market.

Archivo 1984 has had a large collection of Filipino movies, documentaries, rare footage of artists and filmmakers. To maximize the space on Chino Roces, it held film screenings to attract cineastes, who didn’t have to go to CCP or the University of the Philippines to watch vintage Filipino movies. The screenings also drew the film crowd to the art exhibits.

When operations became costly, Archivo 1984 moved to a smaller space at the La Fuerza compound. In the past three years, the owner has been subsidizing the gallery business.

Although the market for art is growing, it has yet to be educated on contemporary artists. Many buyers are still drawn to the masters or much-publicized names.

This year it changed its strategy. To celebrate the centennial of Filipino films, Archivo 1984 will focus on old movies and film memorabilia.

It recently exhibited the life and works of Isabel Rosario “Dimples” Cooper—the first Filipina to do a screen kiss at age 12. She was better known as Gen. Douglas McArthur’s mistress. The exhibit highlighted New York-based director Miljohn Ruperto’s compilation of Cooper’s bit roles in Hollywood movies. The scenes
were transposed from 16 mm to digital.

The latest exhibit, which opens today, Sept. 25, will present movie stills that were shot at the Manila Talkatone Studios and the Movie Art of Vicente Bonus.

Manila Talkatone Studios held office in a house in Pandacan, Manila, built by architect Andres Luna de San Pedro. It was the location where the first Filipino sound film was made. Although many films were shot in that house, only one made it to cinemas.

Among the stills that will be exhibited is a kissing scene under the tree between Eduardo de Castro and Gilda Gales—dubbed the Greta Garbo of the Philippines—in the movie “Andres Bonifacio,” which was never shown.

The gallery will also exhibit the art and movie stills from the Bonus collection. An unsung hero in film history, Bonus was an art director and production designer whose films included “Tatlong Taong Walang Diyos” (1976) and “Noli Me Tangere” (1961). The gallery will be selling blowups of Bonus’ art.

There will be lectures by Australian film researcher Andrew Leavold, an expert on Filipino B movies, and film historian Teddy Co. Leavold will talk about his upcoming book, “Aloha, Little Manila! Philippine Cinema in Hawaii.” He will discuss how the Filipino migrant workers in Hawaiian sugar plantations were sustained by Filipino movies in the early 20th century.