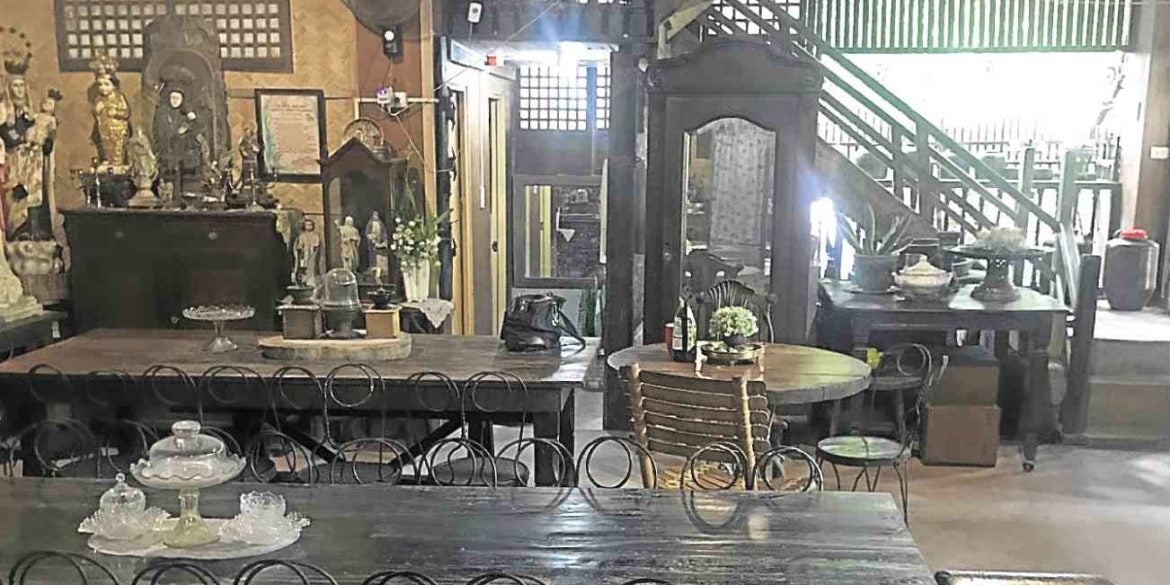 Mention the famous San Nicolas cookies of Pampanga and only one name comes to mind—Atching Lilian Borromeo. But the lovely doyenne of Pampangueño cuisine deserves a lot more than what people give her credit for.

Apart from producing cookbooks of regional recipes, she continues to promote and preserve the dishes she grew up eating, learning and eventually cooking at her Kusina Matua in Mexico, Pampanga.

In its spacious private dining space decorated with age-old kitchen tools—from bilao and palayok to wooden rolling pins and cookie molds—she not only demonstrates how to cook the well-loved fare like kilayin, bringhe and adobong puti, she also regales guests with the stories behind these dishes.

What she’s doing is quite noble, and to think that she wasn’t too sold on having a culinary career to begin with.

Young Lilian was a reluctant cook. Though her grandmother, Impo Mawa Hizon Lorenzo, would always bring her to the kitchen to help, she didn’t want to make a living from it. Often, when her lola would wake up from siesta, Lilian would sneak out and hide on the chico tree so Impo wouldn’t find her.

No escaping the kitchen

But still there was no escaping life in the kitchen. She wanted to be just like her father who was a doctor, but he, upon the insistence of her lola, would have her take up home economics in college. Since her heart wasn’t in it, she failed her courses. She finished school only after seven years, three years longer than the usual.

Early signs of her love of cooking appeared when she tried to recreate her lola’s ensaymada.

When her grandmother died without leaving behind the recipe, Lilian took it upon herself to figure it out so that she could appease the craving of her mom, Paquita Mercado.

She had failed attempts, the first few experiments resulting in a pastry that no one truly enjoyed. Borromeo recalled how these ended up as food for the dogs, but eventually, they too gave up on her ensaymada. So she ended up burying them in the ground where no one else would find them.

After a year of tweaking the recipe, she finally got one that won her mom’s approval. It tasted exactly  like Impo’s.

What jump-started her food industry career was her win at The Great Maya Cookfest in 1976. The accomplishment was a coincidence, she now admits.

Her mom once said that the only time her name would land in the newspaper was the announcement of her death. Otherwise, if she got written about, it should be about something good she had done. So when Lilian saw a newspaper ad about the nationwide cooking competition, she signed up her mom. Her mother won the weekly eliminations.

They went to Manila for the next round, but she got caught up in the frenzy and lost focus. She missed the chance to bring home the title.

As if to make up for her mom’s loss, Lilian submitted her original recipes—the Tropical Chicken and the Caramel Meringue Pie.

She won and made it to the grand finals, where she would win second prize. Among the prizes was a trip to Japan. Since then, her home economics skills have been put to good use.

In 2014, to put the family’s antique appliances and kitchen accessories to good use, Lilian set up a kitchen, which would serve as culinary showcase.

Her first visitors were six foreigners who left the place with pictures to remember the experience by, and an appreciation of the province’s culinary history.

Today, Lilian can accommodate a party of at least 10, with advanced booking. She demonstrates how to cook a dish or two before everyone sits down to a Pampangueño home-cooked feast.

The meal usually starts with an appetizer of chicharon, okoy and pako salad, followed by soup (suam na mais, tinola or bulanglang). The entrees include longganisa, tidtad and morcon.

Guests love her food stories, like that about the bobotong asan, which went back to the time women weren’t allowed to vote. While the men were in the precinct to cast votes, a group of women gathered in the kitchen for their own mock election on what ingredients to put in a new dish they were concocting. And since it had fish, it was named bobotong asan.

Tibuk-tibok is named after the sound the boiling mixture makes, which is akin to a heartbeat.

Then there’s pulutok, after the appetizing crackling sound of minced pork innards on the hot pan.

Inquisitive and generous, Borromeo loves to feed people and share what she knows. Like the food she represents, Atching Lilian is a true culinary treasure.—CONTRIBUTED