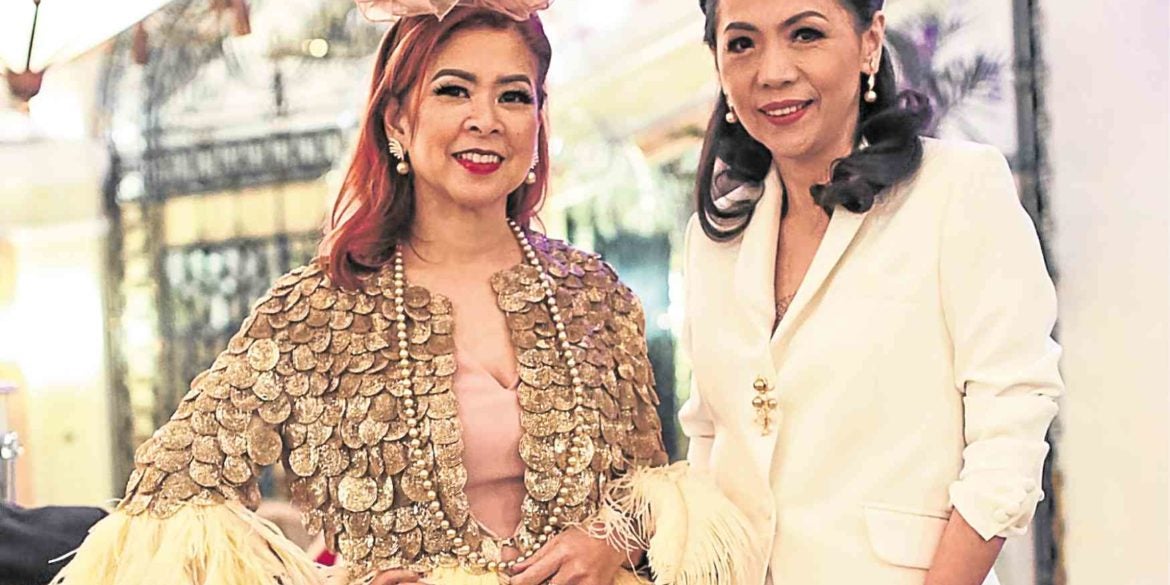 How will Red Charity Gala top itself?

‘The First Ten’ on Oct. 12 will bring together all past 10 designers on one runway

For 10 years, the annual Red Charity Gala (RCG) has been staged to raise funds for the benefit of the Philippine Red Cross, Assumption HS ’81 Foundation and various charities throughout the country.

“How do we top 10 years of RCG?” asked cochair Tessa Prieto Valdes at the press con for the 11th anniversary gala, which is scheduled Oct. 12. Her answer is to “hold a really big show.”

She and cochair Kaye Tiñga invited all 10 previously featured designers to present pocket collections—eight looks per designer—for the show titled “The First Ten.”

Dennis Lustico was the first designer to present in 2009. Known for his Neo-Romantic style, he will return with a pastels with neon collection titled “The Story of Mei,” inspired by the movie “The House of Flying Daggers.”

“Before I was approached and invited by Tessa in 2009, I was desperate to have my own solo show,” Lustico said, adding that he was excited and nostalgic because he “didn’t expect it would go this far.”

Dubai-based Filipino designer Furne One will make sure that his dream-like creations will be the focus during his portion—not the mini mishaps (slipping models) that marked his earlier collection. Fellow Dubai-based designer Michael Cinco was inspired by his trip to India, which will be evident in his set.