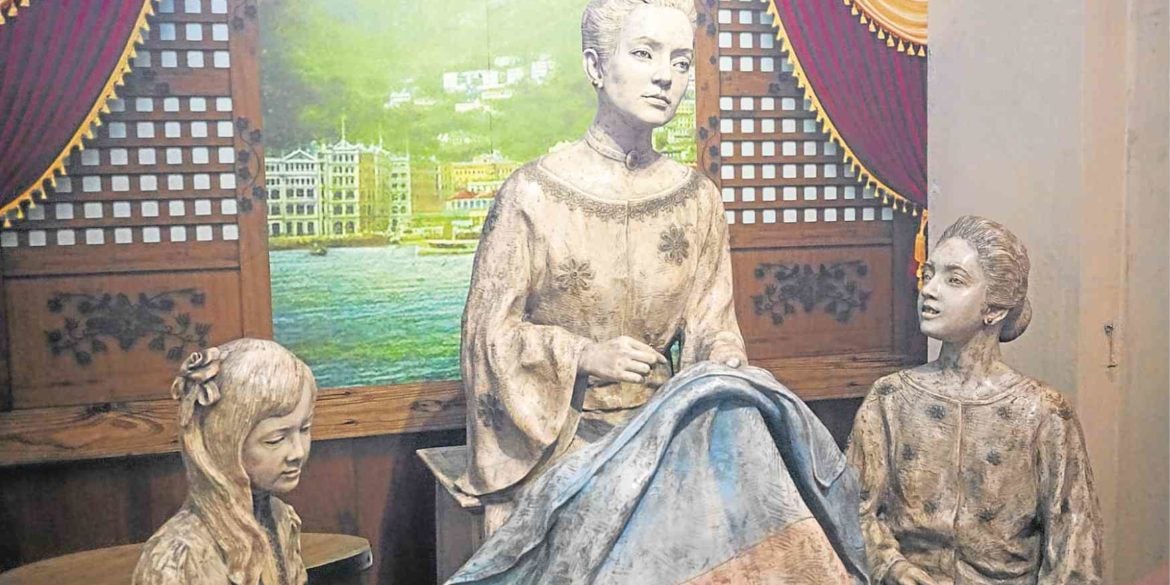 An image of Marcela Agoncillo (center), Mother of the Philippine flag, at her original home in Taal

Why Batangas has more stories to tell

Despite its numerous beaches and other attractions, Batangas isn’t as popular a tourist destination among today’s youth as it was in previous generations.

Unless you have your own property in Batangas, it’s more likely that you’ll choose to go to Palawan, Bohol, or even Tagaytay.

However, Batangas is a province of historical and cultural importance in the country, and it has interesting places worth visiting.

For one, the Metro Manila Turf Club in Malvar provides a nice change of pace from city life. The 1,525-meter horse-racing track can accommodate up to 3,000 people, free of charge. Betting on the races, which can go from as low as P5 to as high as hundreds of thousands of pesos, is optional.

The jockeys and horse trainers come from different parts of the Philippines. They share a love of racehorses, which makes the venue a unique place to experience the sport.

Lunch at Hotel 1925 in Lipa also provides a fresh experience away from the big city. Tourists can dine on a Filipino surf-and-turf selection of food, which includes deconstructed bulalo, lumpia, squid, and a tender crispy pata. The mix of Spanish and Batangueño dishes takes you on a journey through the Spanish colonial era.

One can also learn about the rich history of the boutique hotel, the rags-to-riches story of how it was built, and its commitment to maintain its authenticity. On our visit, we were treated to local music and theater acts.

Taal is also known as a heritage town, with the biggest tourist attraction being the Basilica de San Martin de Tours. It’s the largest church in Southeast Asia, which is ironic given the size of the town.

The church boasts marvelous architecture, with one area retaining the unaltered, original dome of the church constructed in 1878.

The story of Saint Martin of Tours is also as fascinating as the consecrated site itself. While relatively small, the town makes up for it with its plentiful tales from its past.

The heritage town is also the address of the original home of Marcela Mariño Agoncillo, the “Mother of the Philippine flag.” The house has been transformed into a museum and a tribute to the history of the official Philippine flag that she sewed with the help of her eldest daughter Lorenza, and Delfina Herbosa Natividad, a niece of Jose Rizal.

Another house to see is the Juan Cabrera Goco ancestral home. This is a classic example of the Filipino bahay na bato, with architecture not seen in any other Spanish-influenced country.

There’s a six-hour tour, including lunch and merienda—all for P1,500. You can dine at this well-preserved house and listen to the stories—all the historical figures who visited the house and how the Filipino language evolved over time.

Another heritage site is the Casa Segunda in Lipa. The house, which belonged to Rizal’s first love, Segunda Solis Katigbak, is still home to a family (Katigbak’s descendants). But it  has also become a tourist destination that relives the early life of the national hero and how the area of Lipa was transformed through the Spanish, American and Japanese occupational eras.

The house’s architecture is composed of different sections—built and rebuilt during different eras in Filipino history.

However, there’s more to look at than just the surface of the building. Regular furniture and transcriptions from Rizal have turned into artifacts detailing an interesting young love story. It’s a tale of an innocent love which ultimately came to an end when Rizal moved abroad.

Batangas has much more to offer than beaches or a beautiful getaway. The province is alive with history and culture—even the most mundane places carry much significance. —CONTRIBUTED