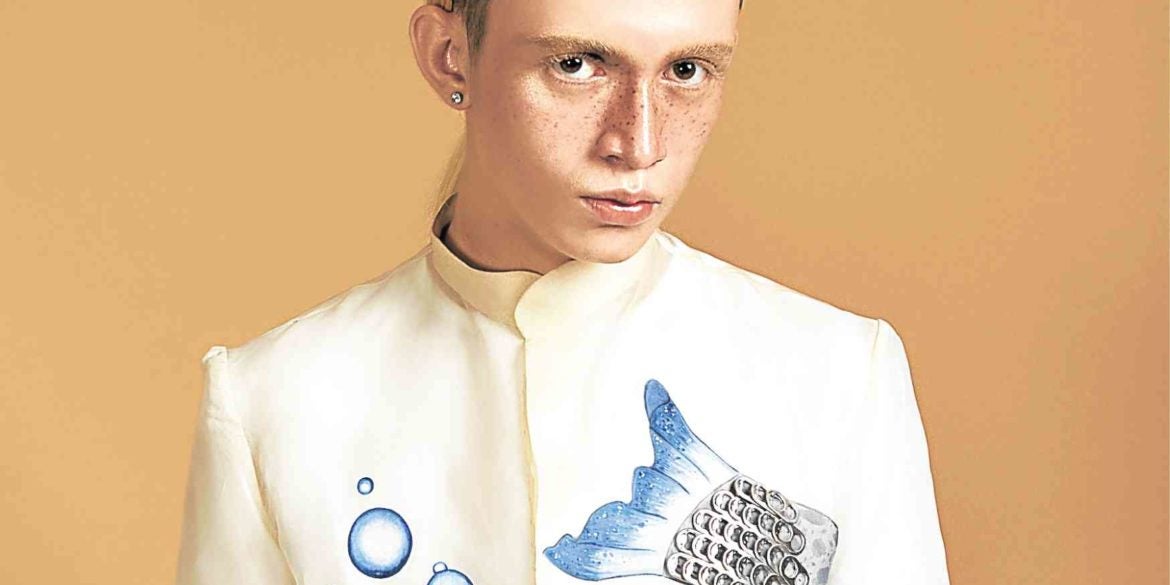 How this year’s Slim’s exhibit reinvented a ‘recycled’ theme

Slim’s Fashion and Arts School director Mark Higgins admitted that this year’s theme of its student designer exhibit was the hardest to execute. Entitled “Alchemy,” it revolves around the idea of taking  something that has lost its value or function and transforming  it into something valuable.

The cliché “One man’s trash is another man’s treasure” comes to mind.

“It has all been done before, both by fashion designers and other fashion schools,” Higgins said. “But the challenge to the student designers is how to make the discarded wearable and relevant to people. Anyone can go out and be outrageous with this theme. But at the end of the day, you still have to reach out to ordinary people. It still has to be wearable.”

He explained that “the brief for Slim’s students was very specific—to create clothing that would be visually appealing to the viewer first, before it became apparent that the garment was made or embellished with repurposed materials.”

The objective was “to create an evolved, more polished version of an upcycled garment—hence, the idea of ‘Alchemy.’”

The students delivered, their output definitely far from being “trashy.” From among a hundred entries, Higgins chose 30.

Student designer Glyn Alley Magtibay used X-ray films and cut them into graphic skulls and vertebrae as embellishments for her barong.

Another barong entry, by Irmalyn Raquedan, used sako and created a graphic panda. She meticulously cut and hand-knotted each tuft to mimic the texture of fur. She said she was hesitant at first to trim the “fur” until Higgins suggested that doing so would make it look more realistic.

In this first of a two-part series, To be You features some of the student designer creations from “Alchemy,” Slim’s exhibit that  runs  until Oct. 4 at Mega Fashion Hall of SM Megamall.