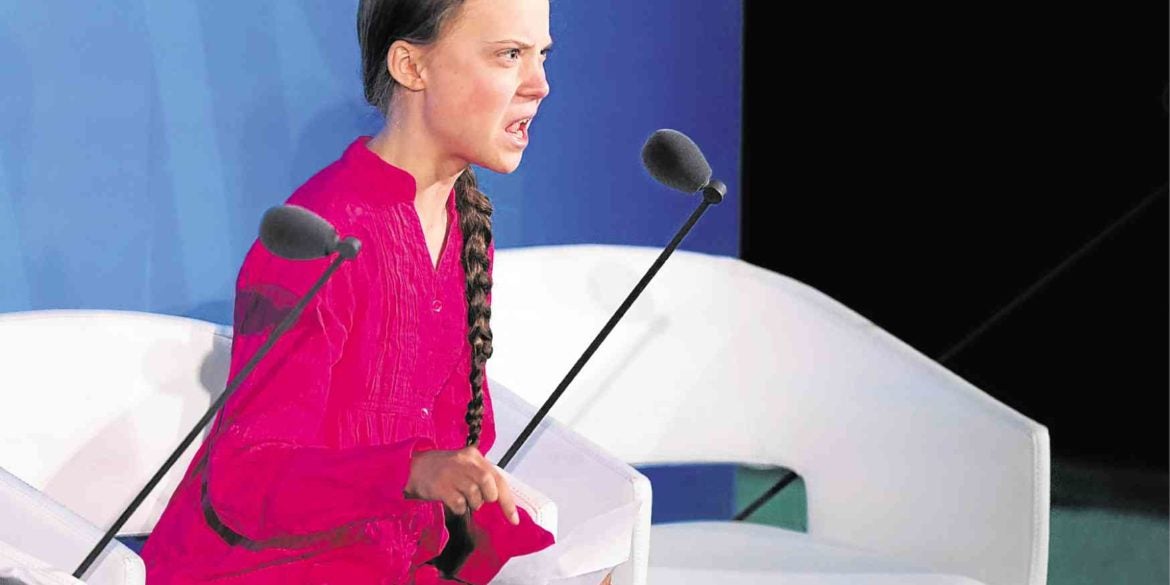 Greta, Tubbataha and Masungi: A strong month for the environment

Planet Earth has an official champion, and Philippine environmentalists get the recognition they deserve

There has been some good news on the environment, over and beyond the fires that have turned Indonesia into a red planet, and which have sent hazy skies as far away as Singapore, Malaysia, even Palawan and Iloilo in the Philippines.

Last Sept. 23, 16-year-old Swedish climate change activist Greta Thunberg electrified the audience at the United Nations (UN) Climate Action Summit in New York City with an emotional, pointed message to world leaders that smashed any suspicions of her being insincere or manipulated.

“How dare you,” she demanded of her elders. “We are in the beginning of a mass extinction, and all you can talk about is money and fairy tales of eternal economic growth. How dare you!”

The event becomes more historic in light of how Thunberg started with a simple, solitary Friday school strike for the climate just one year ago, and has even admitted to having Asperger Syndrome, which she has called her superpower—the reason she is fearless and has no social filters, she has said.

Thunberg has galvanized the youth globally, and climate change marches gathered millions in protest rallies the world over before the UN summit.

Naturally, Thunberg has been mocked by many cro-Magnon climate deniers—led by the top troll of them all, Donald Trump—but she’s definitely winning. We look forward to what she has to say at the COP 25 Climate Change Conference in Chile in December.

Meanwhile, on the home front, Angelique Songco, hardworking protected area superintendent of the Tubbataha Reefs Natural Park in Palawan, became the first woman to receive the KfW-Bernhard-Grzimek Prize 2019 for Biodiversity in recognition of her work of managing one of the world’s greatest marine biodiversity areas, a Unesco World Heritage Site.

She received the award, which comes with a 50,000 euro cash prize (around P2.8 million) for conservation, in Frankfurt, Germany, last Sept. 18.

The award is named after environmental activist professor Dr. Bernhard Grzimek (1909-1987), former director of the Frankfurt Zoo and longtime president of the Frankfurt Zoological Society. “The KfW-Bernhard-Grzimek-Preis is awarded every two years to outstanding organizations or leaders who distinguish themselves in their remarkable endeavor to preserve the world’s biodiversity with creative and innovative ideas,” the foundation said in a statement.

“The award is important not only because it provides funds for crucial conservation research, but also because it serves as encouragement to do even better,” Songco told Lifestyle. “It shows that the international community cares about the Philippine environment—and so must we, who are responsible for it.”

Finally, what has become an exemplary georeserve and a green hikers’ paradise in Baras, Rizal, has also received world recognition. In an awards ceremony at the Mariinsky Theater, St. Petersburg, Russia, on Sept. 10, the United Nations World Tourism Organization (UNWTO) presented the beautiful, excellently managed Masungi Georeserve with an award as one of the three most innovative and sustainable private sector-led tourism projects in the world.

Masungi was the only Southeast Asian finalist this year, chosen from among 200 international projects nominated. The UNWTO is the United Nations agency responsible for the promotion of responsible, sustainable and universally accessible tourism.

“We are very honored to be recognized alongside more established organizations from across the world,” said Masungi trustee and National Geographic Explorer Ann Dumaliang in a statement.

Masungi Georeserve Foundation’s mission is the conservation, education and geotourism efforts for the limestone formations and biodiversity in Baras.

What was once a degraded area has become part of a joint venture development of the Department of Environment and Natural Resources (DENR) and Blue Star Development Corporation (BSDCDC) to preserve the area.

In 2017, then DENR Secretary Gina Lopez expanded the group’s mandate to restore some 2,700 hectares of denuded land around the original site.—ALYA B. HONASAN