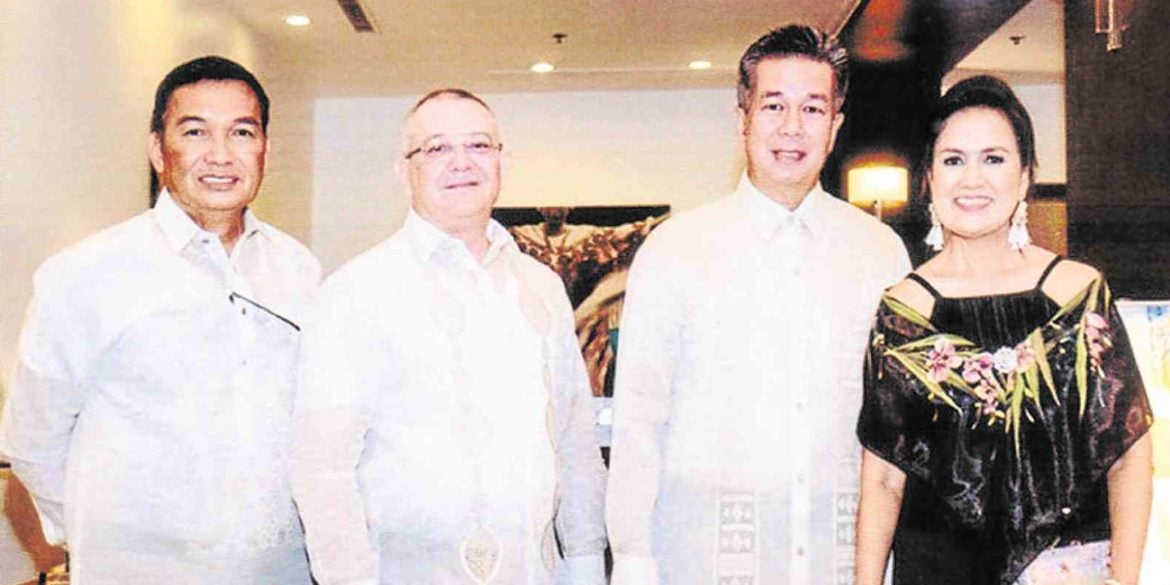 The Seda Ayala Center Cebu Hotel is in good hands, with general manager Gwen dela Cruz and Frances Alfafara, director of sales and marketing. There they stood, stunning in Filipiniana ensembles, the very picture of beauty and glamour.

The event was titled “Panlantaw,” the Cebuano term for contemplating then and now in seamless weaving, like silk, says Frances, hence the hotel’s name, Seda.

Program host was Phoebe Fernandez with Sinulog Idol Jackie Chang as guest star. Then there was a brief video shown where Gwen, Frances and Bobot looked back on the past 12 months and focused on the year ahead.

Until not so long ago the building was home to the Cebu City Marriott Hotel, it was recalled. There was a ceremonial toast to the new Seda Ayala Center Cebu Hotel and to another Seda hotel in Cebu, located at IT Park in Lahug. It will be in a super splendid mall.

Top Cebu fashion designer Philip Rodriguez presented a collection of gowns done in diaphanous silk, inspired by the “pañuelo.” Dela Cruz thanked everyone for gracing the occasion. The fun just started when the Wongoys sang their Visayan pop repertoire. They are actually the Wong brothers—Gabriel, Kyle and William.

The marketing team was congratulated for a job well done and the overall success of the event. In it are Regal Oliva, Gabe Llanto, Thriona dela Calzada, Gretel Polloso, James Lota (in charge of events), Harry Seno, Gema Limot, Jackie Durana, Jaynard Solante and Michelle Seno, who is the front office manager.

Gwen and Frances have told friends to keep Nov. 20 open for the hotel’s Christmas tree lighting ceremony at the hotel’s spacious lobby.

Nov. 9 is the date chosen by the Radisson Blu Cebu Hotel for its towering all-blue Christmas tree. The occasion will also mark the hotel’s anniversary. It is usually a very grand celebration.

The Marco Polo Plaza Hotel has also opted for a Saturday to light its Christmas tree, Nov. 16.

Speaking of the Marco Polo Plaza Hotel, it recently held its annual Spanish food festival to great acclaim from enthusiasts who have been following it for years. There was a party to launch it, where at the very start general manager Brian Connelly praised Gema Luisa Pido, who has been the hotel’s Spanish cuisine consultant all these years.