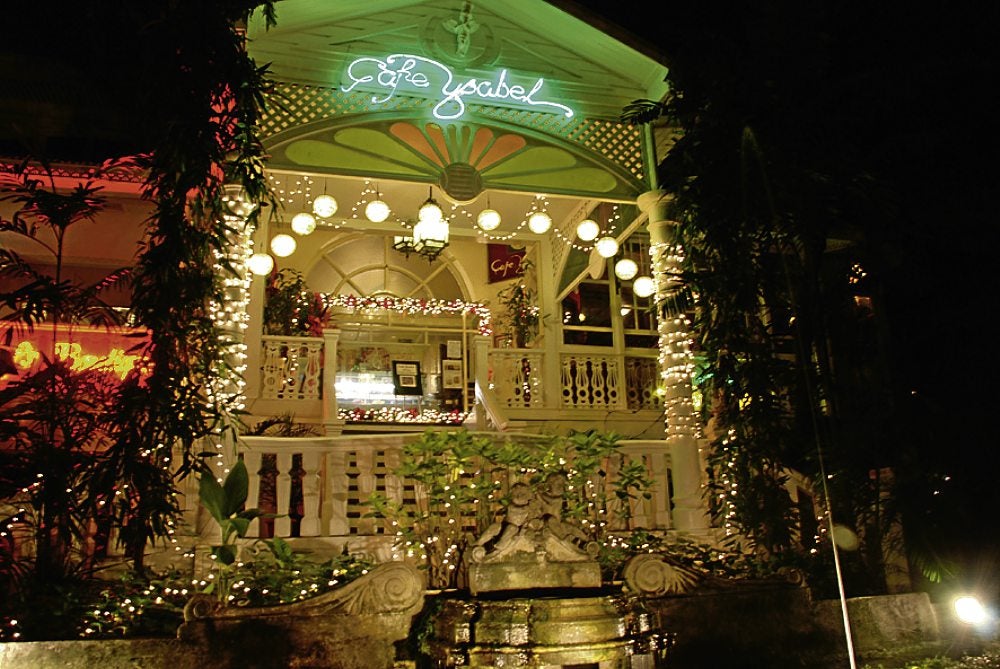 There wasn’t much on Wilson Street in San Juan in the early 1980s.

It was a lonely stretch of road that connected the crooked streets of the San Juan hills to still empty Greenhills when Gene Gonzalez took over a local landmark, one of the few bungalows on the street which had a specialty fruit stand on its sidewalk.

There he opened his Café Ysabel, a big step for him since it took giving up the security of a corporate job to pursue his passion.

We lived in one of the few houses across the street and immediately made Café Ysabel our own neighborhood bistro.

It felt very Parisian to have a neighborhood bistro to go to at any time of the day or night for anything: a morning cup of coffee; a quiet lunch; business meetings; dinner with family or friends; or for a late-night sugar fix, because desserts there were difficult to resist.

At his café, Gene was always there for his customers, ready to recommend what to order from the menu, seeing to it that everything was perfect.

Gene made us feel special when he would slip into the kitchen to whip up something new and experimental for us to try and to comment on.

It did not end there. In a few days we would get a call from him to come back to the restaurant to try the improved version of his experiment.

We felt we were San Juan pioneers in those early days, but Gene was the ultimate pioneer who blazed the culinary trail in the Philippines. He was dedicated to (obsessed with?) putting Philippine cuisine on the global map, constantly experimenting, pushing cuisine frontiers.

Since those early San Juan days, Wilson Street has filled up with restaurants.

Gene’s culinary trajectory has peaked, but it is nowhere close to nearing its end. He did, however, complete a cycle last month when he celebrated Café Ysabel’s 30th anniversary.

Gene experimented fearlessly, trained a generation of chefs in his kitchen, wrote cookbooks, and, to expand his imprint on his profession, founded a prestigious school that trains the Filipino chefs of tomorrow to push toward new frontiers.

Gene’s 30th-anniversary menu pushed frontiers, serving an all-chocolate dinner that turned the expected into the unexpected. Even the wines were specially chosen by Australian, Spanish and California vineyards for Café Ysabel.

The celebratory flavors of Café Ysabel’s 30th are all on this menu:

A decade ago, we moved to a neighborhood three Metro Manila cities away. Most of Manila’s restaurants of the moment are a few minutes walk from our doorstep.

But we do the cross-town trek to Café Ysabel: It’s still our neighborhood bistro.

Congratulations on a job well done, Gene, Gino and Gianina, and to the entire staff.

Feedback is welcome at [email protected]