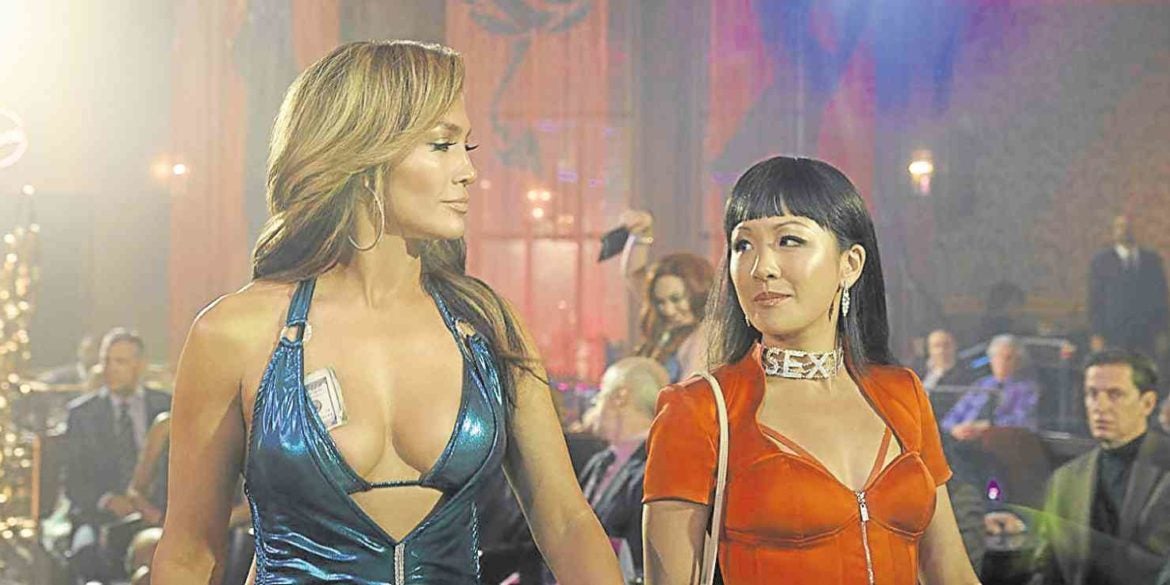 ‘Hustlers’ is here to take your money

Writer-director Lorene Scafaria delivers one of the best American films of the year with “Hustlers,” a raucous, funny, moving, crackling drama that feels somehow both familiar and fresh. It’s a strange feeling, like this film should have existed before this and yet you’re hard-pressed to cite an example, especially one with such a female perspective.

Constance Wu plays Dorothy/Destiny, a stripper trying to support her grandmother and make ends meet in New York circa 2007. She comes under the wing of veteran Ramona (Jennifer Lopez), who teaches her how to really make money in the club. But then the 2008 financial crash happens, and their mostly Wall Street clientele gets decimated and business dies. So they up their ante (and risks) by going directly for the remaining few fish left. And of course, things get messy. Success begets excess, control skids out, and suddenly things are very complicated. Other cast members include Julia Stiles, Lili Reinhart, Keke Palmer and Madeline Brewer, with appearances by Cardi B and Lizzo.

Based on the expose by Jessica Pressler, “Hustlers” situates its time and place adroitly, with spot-on costume selections (J. Lo’s character sporting Juicy in an almost meta touch) and a well-curated soundtrack that includes the first time Fiona Apple allowed her song “Criminal” to be licensed (in a show-stopping intro sequence for Ramona) and the best-ever deployment of Lorde’s “Royals.” One of the best surprises of the film is Scafaria’s cinematic style in telling this story: She’s clearly having a blast, especially with the montages that explain how the modus operandi goes down, or how Destiny gets a crash course in being a great stripper, or how their lifestyles get an upgrade to go with the uptick in cash flow. Scafaria isn’t shy about letting us know this is a story: We see Dorothy being interviewed by “Elizabeth” (Stiles), and some sequences cleverly use the audio of surveillance tapes or, in one case, no audio at all as a recorder is shut off.

Part of the enjoyment of the film is watching deserving men getting fleeced. Their douchebagginess is established first: the bankers who bankrupted the country who then got bailed out by a corrupt/hopelessly outwitted Congress are sleazoid misogynists, drunk on entitled privilege and substances, so it’s a gas when they get taken for all their credit limits are worth.

Lopez and Wu’s friendship anchors the film, holds it together as the beating heart. You feel for Lopez’s (perhaps overly) maternal instinct as she mother hens her way through the cast of dancers, good eggs and bad. Lopez herself at 50 (!) looks better than any of us have at any age, and here delivers an amazing performance in the best role of her career since Steven Soderbergh’s “Out of Sight” with George Clooney. Her magnetic charisma commands attention whenever she’s onscreen; it’s remarkable what she can do when she’s got the material for it.

Though primarily a drama, it’s also terribly funny, which is another Scafaria feature. From testing ketamine/MDMA mixtures to Reinhart vomiting whenever she’s distressed, there are many places where you’ll find yourself laughing, and sometimes it actually won’t be black comedy. One of “Hustlers” strongest features is its excoriation of the American dream, itself a con, and how even though these ladies committed crimes, it felt deserved, and you stay on their side like antihero bank robbers of old. But none of them had this much fun.