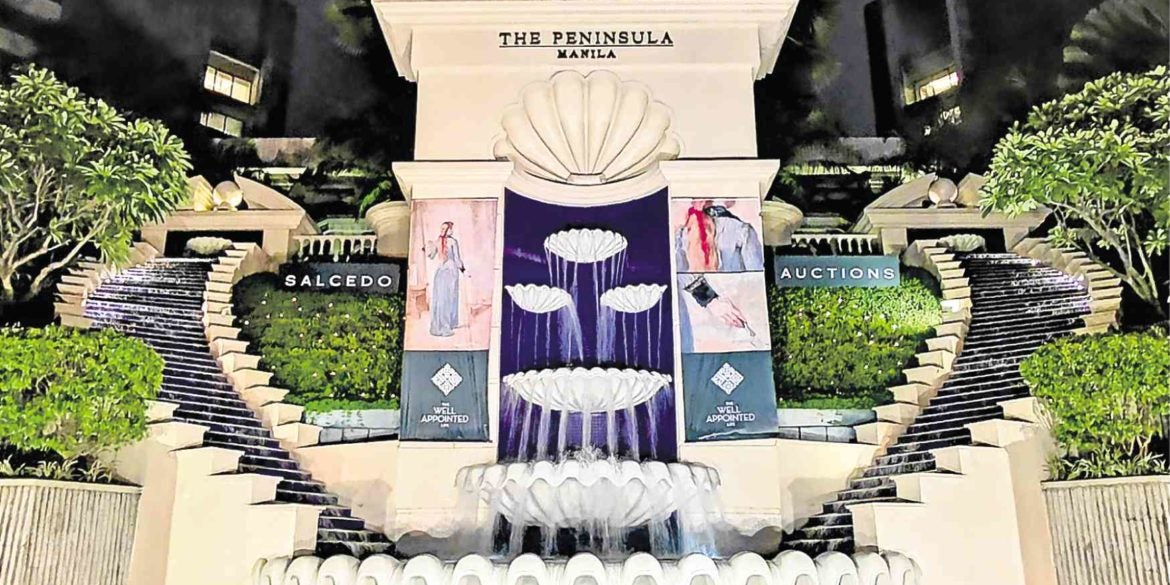 Much like how the mysterious female figure in Félix Resurrección Hidalgo’s “La Pintura” (c. 1890s) is forever frozen in her moment of contemplation, there was a point during Salcedo Auctions’ “The Well Appointed Life” where time seemed to stand still.

Every single person in the room waited in anticipation but perhaps none more so than one phone bidder who has the highest standing offer for “La Pintura” at P67M. The only person standing in the way is another phone bidder who requested for another “two minutes.”

The room was abuzz. The two minutes stretched for what felt like eternity. That was until auctioneer Andrew Thomas decided to take control: “67 million… selling once… selling twice… sold!”

On Sept. 21, 2019, at 3:59 p.m. at the Rigodon Ballroom of the iconic 5-star hotel Peninsula—Manila-Salcedo Auctions’ partner for the third year running—Hidalgo’s “La Pintura” became the highest priced work by the artist at an auction. With buyer’s premium, it went up to P78.25M or $1.5M.

“La Pintura” is of the same provenance as the boceto for the “Spoliarium,” which sold for P73.58M in last year’s edition of “The Well Appointed Life.” Both paintings remained in the same family, the descendants of Don Jose Vasquez Castiñeira, a former mayor of the northern Spanish town of Sarria in 1890, for almost 130 years.

Salcedo Auctions director Richie Lerma shared that a lot depended on how the boceto would fare at last year’s auction and after the record-making sale, the erstwhile owners gave the go ahead to put “La Pintura” up for auction. And so as of May of this year, both paintings by Hidalgo and Luna were officially home.

Though he wouldn’t confirm if last year’s winning bidder for the boceto and this year’s “La Pintura” are the same, Lerma says that all he can say at the moment is that what’s important is both works are in the country.

Rounding up the top performing pieces for the Important Philippine Art category are BenCab’s “Untitled (Sabel)” at P9.92M; Ang Kiukok’s “Seated Figure” at P7M; Juan Luna’s “Venezia” at P4.08M; and Malang’s “Untitled (Woman)” at P3.85M. Malang also had the distinction of having the most lots sold at a total of seven, all going well above each individual work’s published estimates.

A rare stainless steel automatic Nautilus wristwatch by Patek Philippe went for P4.08M to top the Fine Jewelry and Timepieces category while a pair of five-layer, fancy-shape diamond dangling earrings sold for twice its estimate at P3.5M.

Three bound volumes of La Ilustracion Filipina containing some 200 issues of the Spanish-language newspaper sold for P876,000. It was in publication during the waning years of Spanish colonial rule and was partly edited by Miguel Zaragoza, a writer and teacher who is also considered one of the Philippines’ greatest painters. —CONTRIBUTED