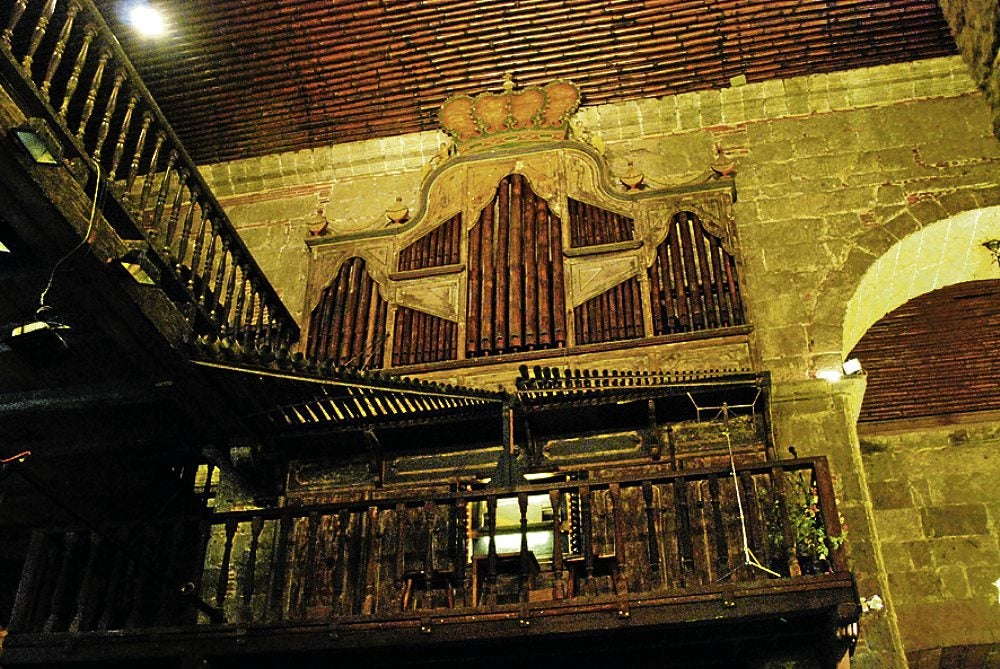 An ecumenism of musical genres and styles take center stage in this year’s 37th International Bamboo Organ Festival to be held in St. Joseph Parish Church at Las Piñas, Feb. 23-29.

The program features Philippine as well as foreign compositions to be performed by Filipino and international artists.

The bamboo organ was built between 1816 and 1824 under the supervision of the Augustinian Recollect Fr. Diego de la Virgen del Carmen.

The 2012 program was announced in a recent press launch hosted by Gerviz Silverio at the Manila Hotel by a panel chaired by Msgr. Mario Martinez, St. Joseph Church parish priest and president of the Bamboo Organ Foundation, Inc.

Others in the press con were Leo Renier and Eudenice Palaruan, of the program committee; Armando Salarza, artistic director; and Fr. Nicolas Matias Sengson, SVD, composer, theologian and liturgist, whose liturgical work, “Awitan Kristo,” will be performed.

Msgr. Martinez called the bamboo organ the “pride of every Filipino,” even as he appealed for a sustained dissemination of information on the event.

Renier said the bamboo organ was the country’s link to the world’s musical culture. Its popularity, and undoubtedly the patronage of the people, is the main reason why the festival has lasted for the last 37 years.

Salarza introduced the program with Palaruan elaborating it. He said Gabrielli’s works would be performed in a setting the composer had popularized in Venice, where ensembles were made to face each other in performing a concerto. This, he said is in pursuit of the meaning of the word concerto, which means “to face each other as in a fight and reconciliation (playing together).”

The works are “Omnes Gentes,” “Plaudite” and “In Ecclesis,” all scored for the organ requiring two to three organists.

Complementing these works are the choral works of Heinrich Shutz and Sebastian Bach, who learned from Gabrielli’s school of thought.

The weeklong festival opens with an invitational gala night on Feb. 23, which will be followed by a regular run the following day.

“Concert under the Tree,” a serenade done in the church courtyard, follows on Saturday, Feb. 25, featuring The CompanY, which is gracing the festival for the third time.

The CompanY perked up the conference with their live rendition of the Apo’s “Lumang Tugtugin,” and their signature song “Now that I Have You,” to everyone’s delight.

Pure organ music follows the following day, Sunday, the 26th, where both the bamboo organ and the pipe organ of St. Joseph’ Academy will be played. New York-based Filipina organist Jennifer Pascual will perform a bouquet of organ music from Baroque to contemporary period.

“Awitan Kristo,” a para-liturgy on the Advent and Epiphany of Jesus Christ, takes center stage on Monday, Feb. 27. Fr. Sengson said the work was not as grandiose a work as an opera or oratorio, but a disclosure of simple hymns in praise of the Lord Jesus Christ. He said it was the spirit of ecumenism that moved him to join the festival.

Living out the Gospel can be done through the power of music—this is the new evangelization, in the urban setting, he said. “We are as important as the bamboo organ.”

The festival is made possible through the Bamboo Organ Foundation, Inc, with the cooperation of both the government and private sectors.