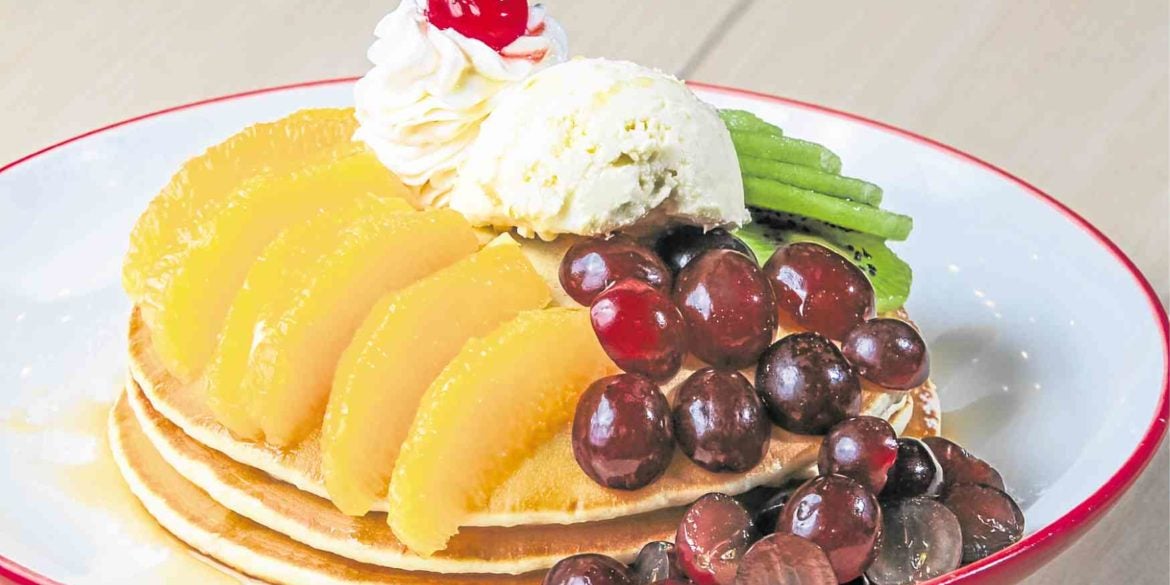 Pampanga is well known for its deep culinary tradition—a mixture of native cuisine, well salted with Spanish influences from colonial times. There is also a strong Chinese influence in Kapampangan cuisine.

With such a deep culinary tradition, one would think that it’s difficult for the new and innovative to break into the food scene in the province. Our recent food trip to Pampanga, however, proves this wrong.

Our trip to Pampanga did not just encompass the conventional and the traditional, but the new and innovative. We were delighted to find and meet a new generation of foodies in the province, with culinary concepts that wow and excite the tastebuds of even the most discerning gourmet.

There was Tex-Mex cuisine, American-Diner fare, and twists on classic Pinoy fare. We also discovered a unique Filipiniana-themed buffet, which offers a weekly rotating culinary feast. Apart from the food, we also visited a little known gem in Pampanga, a natural hot spring, at the foot of Mt. Pinatubo.

Our dining destinations are found in the recently opened SM City mall in Telabastagan, a barangay in San Fernando City.

Balanghai displays Filipino pride both in its interior design and cuisine. The restaurant is set up as a buffet with weekly changing themes. One week, they’ll feature Tagalog dishes, the next, food from Mindanao. Succeeding weeks feature food from the North and Central Luzon (bagnet, pansit batil patong), South Luzon and Visayas.

Balanghai features a plethora of Pinoy dishes like KBL (kadios, baboy, langka) and binakol (chicken soup with coconut water base). They also serve laing, a number of sinigang soup dishes, and more.

After the two Pinoy theme foodie stops, we now go to two Western-style restaurants. Red Woodberry has the ambiance of an American diner café. Their specialties are waffles and pancakes slathered with your choice of toppings from sweet to savory.

They also specialize in all-day breakfast options from continental to Filipino favorites like longganisa and egg, and champorado with tuyo. The Chorizo and Pepperoni Pizza is particularly good as are their Cream Meaty Carbonara and Spaghetti Meatballs.

From North America to the South, we now head to Jalapeños, a Tex-Mex restaurant owned by Zarah Zamora Garcia. “We wanted a unique concept and we love Mexican food so here we are,” Garcia said.

It fits perfectly, and finds a ready welcome in SM City Telabastagan, which sees itself as a gateway for these new generation of foodies.

We tried their tacos, quesadillas and the Tex-Mex sampler—platter with burritos, nachos, rice and chicken wings, and more. They also serve margaritas and beer.

The restaurant at SM Telabastagan has a fun, low-key vibe designed to appeal to millennials, but owner Christine Rosario said that she and her husband set it up after taking up culinary courses at the Pampanga campus of ISCAHM (International School for Culinary Arts and Management).

“Both of us are foodies. Since we opened last year, we’ve been attracting a lot of families celebrating special occasions like birthdays and anniversaries,” Rosario said. Aside from barbecued meats, other popular items include their version of African Peri-peri chicken and the crowd-pleasing sisig-topped nachos.

Manalansan, a native of Lubao town, also wanted to share with her province mates the kind of food they have become known for since they opened their first branch at Visayas Ave., Quezon City in 2015. The casual dining restaurant specializes in a range of grilled or barbecued meat. Orders come in two sizes, Sexy or Chubby, with the latter consisting of double portions of meat.—CONTRIBUTED