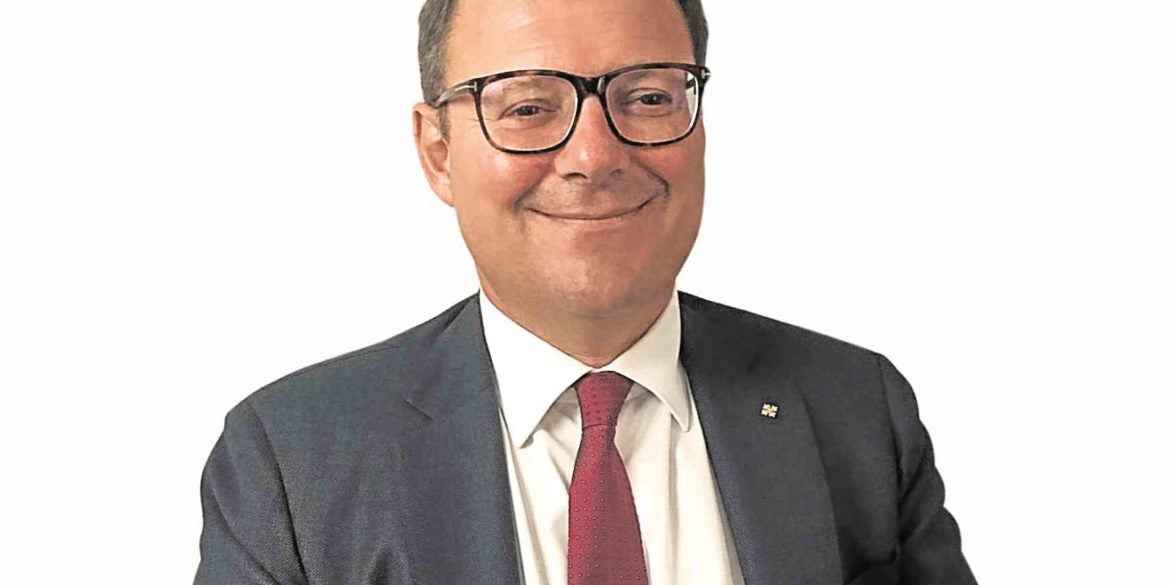 Thierry Stern on Patek Philippe’s future: ‘You have to adapt’

The fourth-generation head of the last remaining family-owned Swiss watch manufacture talks about the low supply of watches, resellers—and inspiring his son to come onboard

Thierry Stern, Patek Philippe president and fourth-generation owner of the last remaining family-owned Swiss watch manufacture, was on a mission as he welcomed guests to the opening of Patek Philippe’s Watch Art Grand Exhibition at the Sands Theatre of Marina Bay Sands in Singapore last Sept. 28: to inspire a new generation of Patek Philippe customers, and get his teen son to be interested in the business.

Stern, who took over the 180-year-old company from his father, Philippe Stern, in 2009, said the family business should not feel like “an obligation, but a passion.” He himself was never forced to join Patek Philippe, but was convinced simply by watching his father work.

Stern’s tack to “educate the fifth generation,” he told Inquirer Lifestyle, was for him and his wife Sandrine, Patek’s head of creation, to bring the older of their two young sons to Singapore for the event.

“As he was on school holiday, I told him, ‘Have a look, so you will have an input. It’s not every day that we have such an event. Everybody’s here—our best clients, our best retailers, all of the press is here.’ So for him, it’s a big chance to see everything, to show the work that I do.”

Patek Philippe is holding the monumental event, done every two years in key markets, for the first time in the region. Running until Oct. 13, it’s a showcase of some 400 timepieces that map the 500-year history of portable watchmaking. It is being held to coincide with the bicentennial year of its city-state host.

Apart from the 119 pieces brought in from the Patek Philippe Museum in Geneva, and current collections, there are also limited-edition commemorative pieces created for the Singapore event, as well as workshops showing the rare handcrafts of the Swiss manufacture.

Some unique handcrafted pieces in the Singapore Historic Room are “inspired by the mixed cultural and artistic impressions of Southeast Asia and Singapore, and conceived as a tribute to the dynamic spirit of Singapore and its strong mix of collectors in the region, and their deep love for artisanship and mechanical watchmaking,” said Deepa Chatrath, Patek Philippe’s general manager in the region, in her welcome speech.

(A dome table clock in cloisonné enamel and a couple of watches, for instance, are a nod to the coral triangle of the Philippines, Indonesia and Malaysia.)

There are 10 exhibition rooms in the 1,800-sq m space. The foyer houses a massive 100-color, frangipani-inspired floral paper installation by Tokyo-based French architect Emmanuel Moreaux called “Majulah Singapura (Onwards Singapore).” It leads to a vast, fuchsia velvet-lined room bearing the house’s current collections—a somewhat bittersweet reminder to watch aficionados who aspire to own those watches but can’t, owing to the notoriously low supply.

Asked how he felt about customers resorting to buying from the secondary and auction markets, Stern said, “There’s nothing I can do. That’s a reward of success. And when I say I cannot increase production, it’s because if I’m going to train a good watchmaker, it’s going to take me 10 to 15 years.

“It depends on the product. If you ask about a Twenty-4, which is the first one with the quartz movement, yes, I can increase up to maybe 2, 3 percent, that’s already sky-high for us. But if it’s a mechanical watch, 1 percent is the max… I understand that a lot of people are not willing to wait.”

Stern also conceded that it’s not easy to police customers who resell their Patek watches at a premium—a hard-to-come-by Nautilus can easily fetch more than twice its sticker price in the secondary market. He’s unhappy about this practice. But often, he said, the customers aren’t even doing it for the money: “They think it’s exciting to resell it. I don’t find it funny at all. I think it’s really a lack of respect for the brand. But it’s something that’s hard to control.”

The exhibit was designed to virtually transport visitors to the grand watch salons and museum in Geneva, as well as Patek’s manufacture in Plan-les-Ouates. There’s a plush Napoleon Room, which replicates the Geneva salons, complete with a video wall with a life-size view of Lake Geneva.

Next door is a room bearing 119 of the brand’s museum pieces, including the working prototype of the Calibre 89, created to mark the brand’s 150th year and reputed as “the most complicated watch in the world” with 33 complications. (See related story.)

Patek Philippe has had a long trading relationship with Singapore. Philippe Stern began coming to the city in 1965 to develop a sales network. Eventually, he also brought his son on those trips. In the region, said the younger Stern, “We have some of our best clients, and they are our ambassadors. If you go around the exhibit, you will not need to explain the pieces to them, they can explain them to you.”

Patek Philippe is arguably the gold standard for Swiss watchmaking. Despite the exorbitant price tags, the demand for its watches far exceeds the supply, resulting in record selling figures for the occasional pieces that wind up at auctions. Already, the Singapore exhibit has been attracting youngsters-in-sneakers and royalty alike. (The exhibit closed to the public briefly after the press opening to welcome Asian royalty.)

Patek prides itself in still being able to provide after-sales service to watches it made from the beginning. Others, claimed its president, can only guarantee repairs for up to 30 years. This goes with the philosophy underscored by its famous slogan: “You never actually own a Patek. You merely look after it for the next generation.”

Stern said he’s often asked by customers, “‘I bought an expensive watch. I will keep it for me, but I will give it to my son as an investment and as a souvenir. But will you be able to repair it?’

“Patek has a very strong after-sales service, though people don’t talk that much about it. But that’s really crucial. Because if you talk about passing on something, you have to be able to repair it also.”

He also said there’s no imminent danger of the Swiss watchmaking know-how vanishing since they see a lot of curiosity among the younger generation for mechanical watchmaking. It’s a skill Patek can teach “to someone who deserves it,” he said.

“But it might be a threat in the future,” he added.

What’s harder, Stern said, is training new artisans for the handcrafts—enameling, engraving and marquetry, all of which have demos in the exhibit—because there are no more schools that teach these minuscule arts.

For young people weaned on digital electronics, Stern is bent on continually making new products—say, the Calatrava pilot watches, or the Aquanauts—to “seduce them” into becoming future Patek owners. “You have to adapt,” he said.

As for his son, “I’m not trying to push him, that will be his own choice,” Stern said. “You have only one life, so you better do what you enjoy. I know, in Asia, it’s much more difficult. If you have a family business, you have to take over. In Europe, it’s the same but not as pushy. The parents will not be happy, but they will accept that. So that’s what I told him. ‘Listen, I chose for myself to work for Patek, you would have to choose it also. If you choose to do something else, you will do it, but do it well.’ And if neither of my sons are willing to take over, fine, we can always have a good CEO and skip one generation and just be, you know, in the back and control it. But from what I see, it seems that they’re enjoying it.”

Stern acknowledges the burdens of carrying on his family legacy. But he’s not cowed.

“It’s not easy in this world where all the big groups are willing to own everything, chasing after you, chasing after your suppliers,” he said. “So the challenge really is to sustain your DNA. It’s not easy. You have to be really strong financially. It’s a daily fight. You should really watch out. But we know how to do it.”