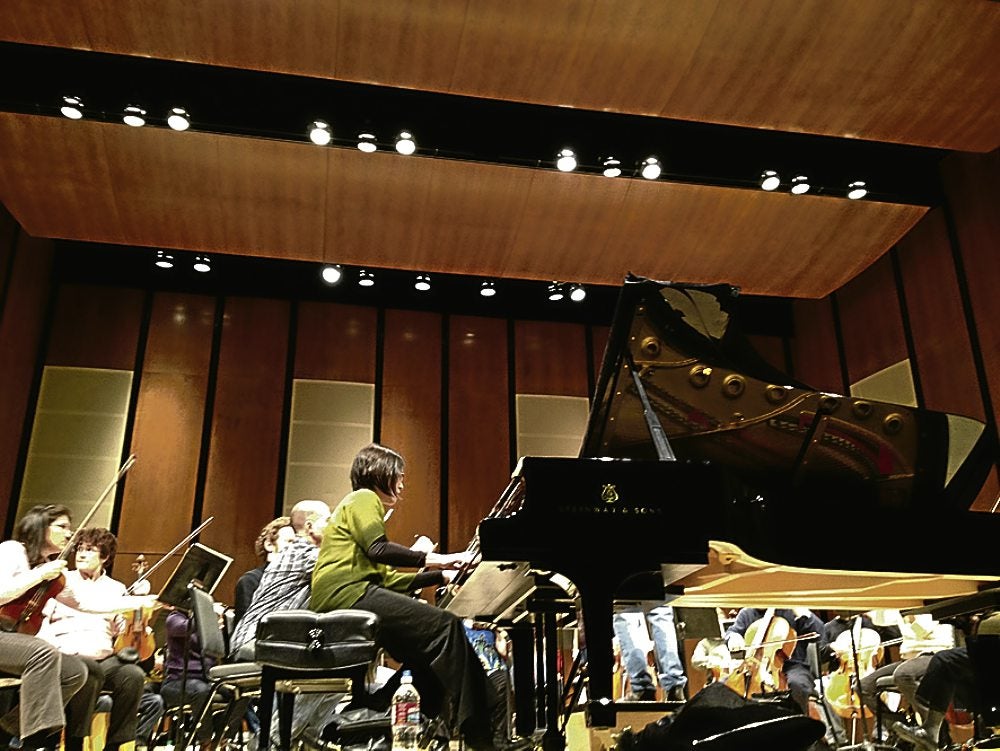 Cecile Licad sported a new look in her latest triumphant concerts in New Mexico and Texas last weekend. Her new bob made her look many years younger and her Filipino fans were cheering.

The Texas concert was part of the annual piano festival.

Observed Franco: “The audiences were in awe of her and everyone remained in rapt attention. I guess their jaws dropped at the Winter Wind Etude which Cecile played so effortlessly.”

Leslie Spotz, associate professor of piano in a state university in Texas, said: “As far as I know, this music has never been performed in Texas in a live concert by a woman. So, in a way, this was a historic event. Ms Licad’s repertoire for this concert was as fiendishly difficult as it got.”

It is the same piano concerto that got the Filipino pianist her first standing ovation in Moscow in April last year with the Russian State Orchestra.

One of the few Filipinos in a predominantly American audience was Dr. Lara Halili, a certified Licad fan who filed a six-day leave of absence from her hospital work to watch Cecile Licad.

“One of the rewards of leaving your work to watch a great Filipino pianist perform in a foreign land is that you are virtual witness to the fact that she is well-loved by audiences not just in her native country,” said Lara.

Licad admitted to her Filipino fan that the Brahms concerto was one of the toughest in the repertoire. “Playing that is like climbing a mountain, but you are instantly rewarded because the music is so profound,” she told Lara, who watched the Licad concerts for two successive nights.

With Lea and Lisa

Licad is headed for the Philippines next month, before her Boston engagement, to perform with Philippine Broadway star Lea Salonga and prima ballerina Lisa Macuja Elizalde, with conductor Gerard Salonga and the Filharmonika orchestra on March 17 at the CCP Main Theater.

“Like the works themselves, his playing and that of the pianist Cecile Licad is full of subtleties, the half-tones and inflections that make the chamber music of Fauré’s final decade so elusive and fragile. Nothing here is forced or made to conform; whether it’s the urgent outpourings of the first movement of the D Minor Sonata, Op. 109, or the utterly different slow movement of the G Minor, Op. 117, the pacing seems perfectly natural, the coloring distinctive.”

Another British music critic, Jeoffrey Norris, wrote: “A gorgeous performance of the well-known Élégie comes as the first of the five ‘encores’ on this magnificent disc devoted for the most part to Fauré’s two cello sonatas, the D Minor, composed in 1917, and the G Minor from 1921. The passion and sorrowful rapture that Alban Gerhardt and Cecile Licad bring to the Élégie are complemented by the yearning ardor of a Romance, the virtuoso flutter and bustle of Papillon, the lyrical sweep of the Sérénade and the delicate lilt of the Sicilienne, which is also familiar in orchestral guise.”

Cecile Licad performs with Broadway star Lea Salonga and Filipino prima ballerina Lisa Macuja Elizalde on March 17, at the CCP Main theater. She will also perform on March 22 at the Holy Angel University in Angeles City and in Cebu City.