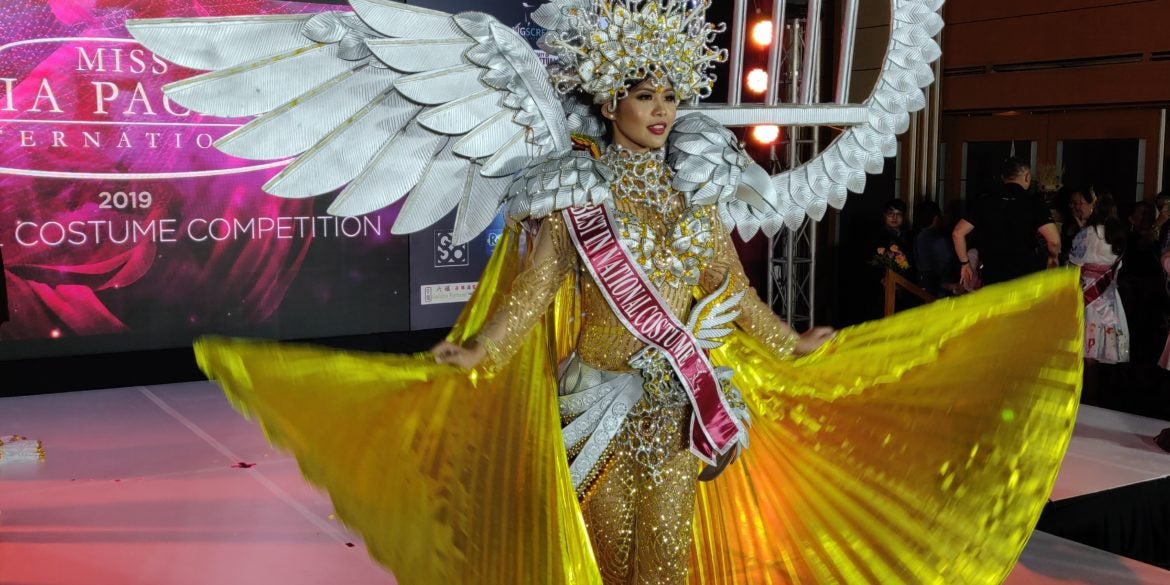 MANILA, Philippines—Mutya Pilipinas Klyza Castro earned an automatic spot in the Top 25 of the 2019 Miss Asia Pacific International pageant a week before the finals when she was proclaimed continental queen for Asia in a preliminary event.

Castro, a Political Science student from the Ateneo de Davao University, was chosen as “Continental Queen” for Asia based on the “Beauty in Diversity” video she submitted for the global tilt. She received the citation during the National Costume Competition staged at the Philippine International Convention Center in Manila on Friday night.

She was also proclaimed Miss Hotel 101, and received the “Perpetual Helper of God” title awarded by the University of Perpetual Help.

In the contest’s new format, five continental ambassadors will automatically advance to the next round of competition, together with the winners of the national costume, evening gown, and swimsuit competitions.

Before heading to the Philippines, all 54 delegates sent videos promoting the pageant’s advocacy of espousing “beauty in diversity,” which were used by a select group of pageant officers and experts in selecting the continental queens.

Also advancing to the next stage of the competition is Germany’s Denisse Nicolle Ligpitan whose parents are Filipino, courtesy of the Best in National Costume award she earned during the preliminary competition.

This year, the Miss Asia Pacific International pageant is using “#LoveTheDifference’ in its campaign to promote its advocacy “Beauty in Diversity.”

The Sultan Kudarat native won the pageant 25 years after Michelle Aldana took home the crown for the Philippines a fourth time, by besting 49 other aspirants in the contest’s 50th anniversary edition.

Carines Zaragoza first won the crown for the Philippines in 1982. Bong Dimayacyac scored a back-to-back win for the country in 1983. Lorna Legaspi became the third Filipino woman to bring home the crown in 1989.

Before the finals, the ladies will slug it out in the preliminary evening gown and swimsuit competitions on Oct. 5, to determine the two other delegates who will automatically advance to the Top 25.

The Philippine Daily Inquirer is a media partner of the 2019 Miss Asia Pacific International pageant. /jpv