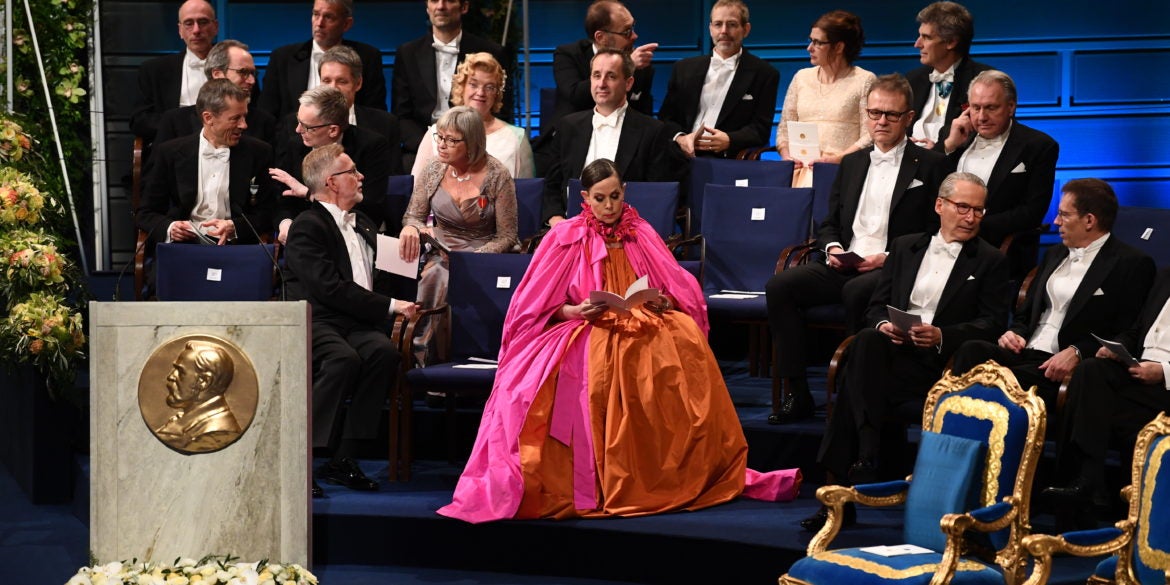 The Swedish Academy will crown two Nobel literature laureates this year, making up for lost time after it skipped last year’s prize over a sexual harassment scandal.

Experts say the academy will seek to avoid ruffling any feathers with this year’s choice of laureates as it seeks to move on from the scandal that saw the husband of one of its members jailed for rape.

Some names creating a buzz ahead of this year’s literature prize are Canadian poet Anne Carson, Kenyan writer Ngugi Wa Thiong’o and French Guadeloupean Maryse Conde, according to betting sites such as Unibet.

The Swedish Academy, which dates back to 1786, is at pains to repair its reputation after the scandal exposed scheming, conflicts of interest, harassment and a culture of silence among its 18 members, long esteemed as the country’s guardians of culture.

The revelations shook Sweden, a Lutheran nation that prides itself on transparency and consensual democracy, and is intolerant of inequality.

Left in tatters by the debacle, the Academy, tasked with selecting the Nobel Literature laureate, postponed the 2018 prize until this year — the first such delay in 70 years.

It is widely expected to pick writers who won’t spark further controversy, and at least one is almost certain to be a woman, literary critics interviewed by AFP predicted, as women represent only 14 of the 114 literature laureates since 1901.

The Academy does not release a shortlist. While speculation about possible winners is always a guessing game, it is even more so this year given the many changes within the institution.

The Academy’s woes began in November 2017 when it disagreed about how to manage its close ties to Frenchman Jean-Claude Arnault, accused and later convicted of rape.

Arnault is married to Katarina Frostenson, a member of the Academy who later resigned over the scandal at the height of the #MeToo movement against harassment of women.

The pair also ran a cultural club in Stockholm that received funding from the body.

“From having been associated with literature of the highest order, the Nobel Prize is for many now associated with #MeToo… and a dysfunctional organisation,” Swedish literary critic Madelaine Levy told AFP.

The empty seats have since been filled, and in June 2019 literature professor Mats Malm took over as permanent secretary.

“The changes have been very productive and we are hopeful for the future,” Malm told AFP in an interview just days before the prize announcement.

He acknowledged the affair had tainted the institution and said improvements were still needed.

“A lot of hard work remains, of that we are certain.”

Retired publisher Svante Weyler said he thought the Academy’s — and prize’s — reputation could be repaired, “but only through wise choices of laureates.”

He expected the Academy would try hard to steer clear of controversy, and probably go for one author highly regarded in literary circles and one with broader appeal.

“Absolutely no one that can cause a controversial political discussion,” he said.

Meanwhile, Olivier Truc, who recently published a book on the scandal, noted the Academy had courted controversy before.

“For instance when the award was given to two sitting members of the Academy,” he said, referring to the 1974 decision to give the prize to Harry Martinsson and Eyvind Johnson.

Giving the nod to US singer songwriter Bob Dylan in 2016 also led some to question the Academy’s judgement.

The Academy used to be the sole arbiter of who gets the Nobel Literature Prize.

But following demands of external oversight from the Nobel Foundation which manages the prize money, the selection committee has been altered to include five members from outside the body.

Given the stain on the Academy’s reputation, Levy raised the possibility “that those given the award won’t accept it” — as French philosopher Jean-Paul Sartre did in 1964.

This year’s laureate — especially if it’s a male author — can expect their work and personal life to come under great scrutiny, in particular for expressions of misogyny, Levy added.