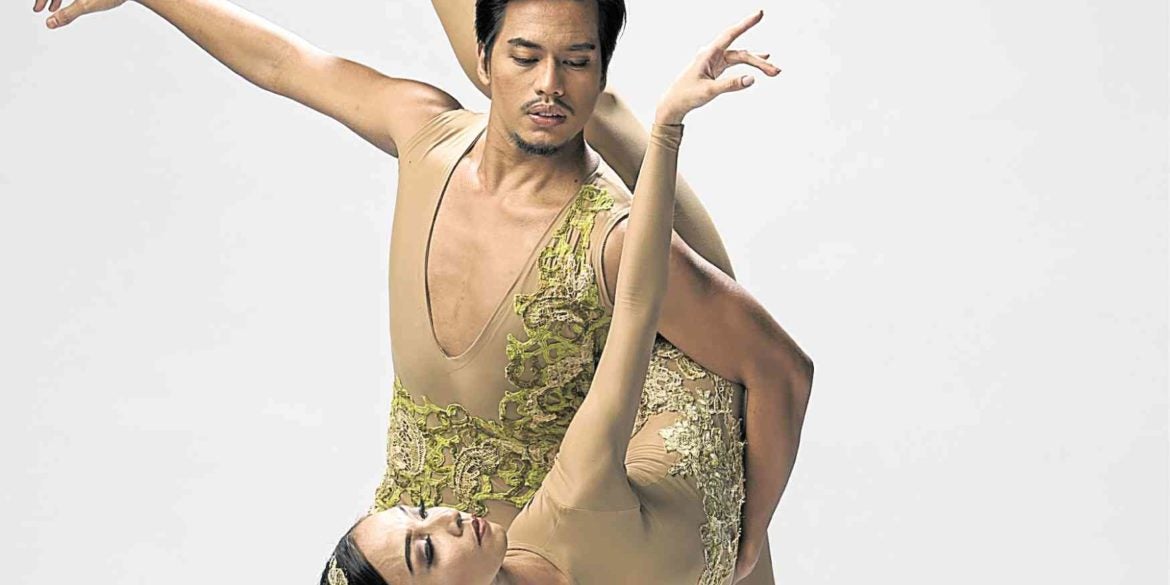 This ballet version of one of Shakespeare’s most popular plays is BP’s second offering, following the success of its season-opening production of “Swan Lake.”

Pacis’ reimagined interpretation of the Shakespearean comedy enlivens the story of fairies and sprites wreaking havoc on the fates of young lovers trying to find each other through the dark forests of love under the light of the moon.

“This is a restaging of a classic tale,” says Pacis. “When you restage a work, the original choreography will have slight revisions or reinterpretations of things onstage, like how one scene flows into the next and the transitions of dances and all.”

He adds: “Because this is my work, I have no qualms about tweaking it and making it better than 2013. It’s fresher, more dramatic, but there’s a subtle twist on the message that we want to convey to the audience.”

Pacis started dancing in the 1980s at the CCP as the dream child of Esther Rimpos in Anton Juan’s “Yerma” for BP’s “Likha.” He graduated Valedictorian and Outstanding Artist in Dance of Batch Delarama (1993) at the Philippine High School for the Arts.

In 1998, he finished a Bachelor of Fine Arts in Dance course with first-class honors from The Hong Kong Academy for Performing Arts (HKAPA). He went on to join the Hong Kong Ballet as a senior soloist.

In 2009, he earned his Master of Fine Arts in Dance degree also at HKAPA.

His work with BP, “Shifting Wait,” won the Gawad Buhay 2010 Philstage Award for Outstanding Choreography for a dance production.

In 2017, he was again cited by Philstage for Outstanding Choreography for a Dance Production for his work with BP, “Weighted Whispers.”

Pacis is expected to weave additional scenes and characters in his interpretation of “A Midsummer Night’s Dream.” BP’s homegrown talents will essay the roles of Theseus, Duke of Athens; Titania, queen of the Fairies; and Oberon, king of the fairies; among others.

BP’s principal dancers include Denise Parungao as Titania and Ronelson Yadao as Oberon.

Pacis says his job as a choreographer is to help the dancers understand who they are as artists, giving them the leeway to fully explore and realize their roles.

“These range of dancers will bring their own strengths and their wonderful, artistic input into this production,” says Pacis.

He believes the most difficult part in working on a full-length ballet is the time constraint: “You have two to three weeks to choreograph a brand-new work and that’s challenging. You have to come up with the steps, linking transitions from scene to scene.”

He adds: “However, the flip-side of that could be rewarding. For people who don’t know what it’s like to be a dancer, they think the be-all and end-all for us are the accolades and the standing ovations. A big chunk of that is really spending obscene time in the studio and working our butts off.”

Some of his favorite scenes in the production include the part when the king and queen of the fairies fight and conflict ensues, and when they finish it with a pas de deux, a celebration of love and joy.

“It really speaks to us as people—we fight, we hurt each other, but in the end, if we truly love each other, some things don’t matter and you really belong together,” he says.

Pacis hopes the audience will appreciate being transported into the exciting world of love and adventure, that they will forget, even for a fleeting moment, their worries in life.

“The magic of the theater is super important,” says Pacis. “Going to the theater is transformative. We go because we want to escape the humdrum of everyday life. My goal for the company, especially for the new generations of dancers, is for them to experience with me how we can tell the story as best we can.”

This is also the direction that BP president Kathleen Liechtenstein wants to pursue. BP hopes to tap a younger audience to appreciate ballet both as art and entertainment.

“We want to reach out to the young audience,” says Liechtenstein. “We need to adapt and adjust to make them feel that they are relevant to us, without alienating our loyal patrons.”

Its forthcoming productions include “Cinderella,” “Itim Asu and Other Dances” and season-ender “Rama Hari.”