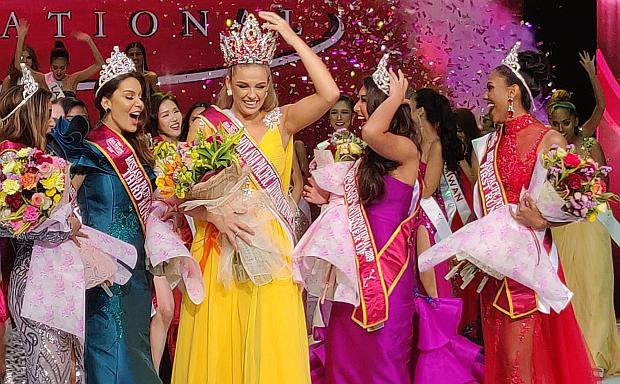 The 20-year-old polyglot from Madrid bested 53 other aspirants in this year’s edition of the 51-year-old Manila-based global pageant.

Huisman is fluent in six languages.

Since its revival in 2016 after a decade-long hiatus, the Miss Asia Pacific International pageant has promoted “beauty in diversity” by pushing for programs that encourage women, and the public in general, to accept and embrace oneself.

This year, the international tilt launched the “#LoveTheDifference” campaign to further communicate its advocacy.

As the new winner, is expected to become an ambassador who will help promote acceptance of each individual’s culture, background, religion, or race.

The ceremonies, beamed live to international audiences through cable channel FoxLife, will have a delayed telecast on ABS-CBN’s “Sunday’s Best” bloc on Oct. 13.