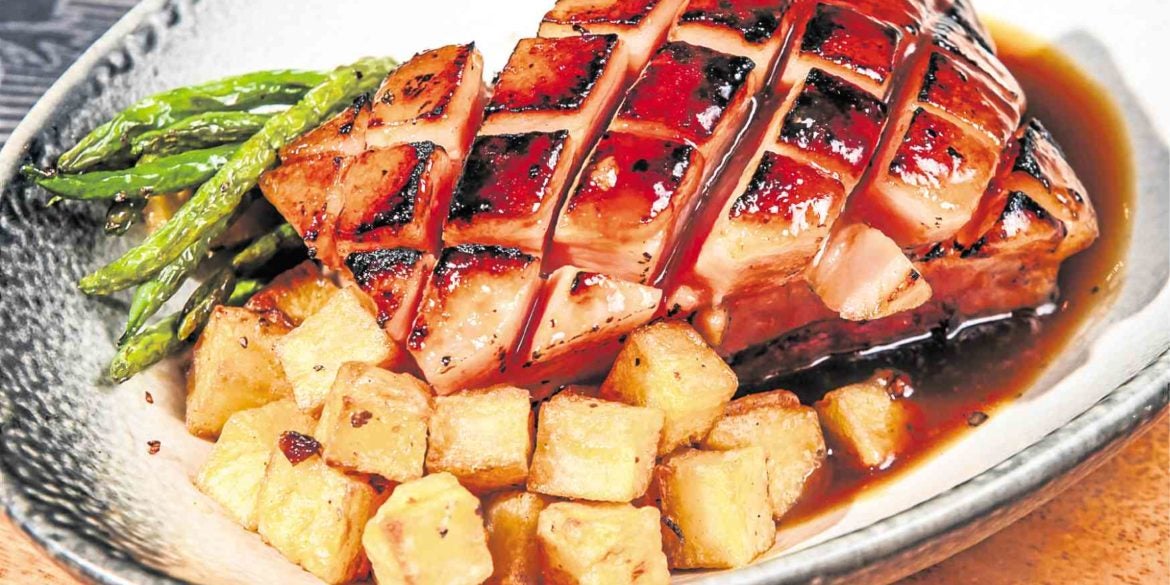 It’s been nine years since Myke “Tatung” Sarthou went into the food business via the opening of a private dining kitchen in his Quezon City residence.

In 2012, he moved to a bigger space within the Acacia Estates neighborhood in Taguig. But the place closed down after three years. He moved on to other food-related endeavors—producing three cookbooks (a fourth one is in the works), participating in Madrid Fusion Manila, guesting regularly on a local morning TV show, and doing online cooking demos.

Fans of his cuisine, however, have been left hanging and craving. The dry spell is now relieved with the opening of Talisay Garden Café.

The story is that Tatung’s younger brother Jomi, and the latter’s wife Hanicel, had been living in Stuttgart, Germany, for over 20 years. While Jomi worked for an international supermarket chain, he wanted to start life anew in Manila.

So, when Jomi’s family moved back to the Philippines early this year, the Sarthous, with mom Juliana, revisited their longtime dream of starting a food business together.

There were two nonnegotiables in the family project: First, the restaurant had to be located near their homes; and, second, the food should be dishes they enjoyed while growing up in Talisay, Cebu.

They chanced upon a rundown bungalow on Maginhawa Street, Quezon City. The owners had no intentions of renting it out, but after hearing about the concept and discovering that Tatung—whose cooking they had tried and enjoyed—would be running it, the deal was sealed.

“We didn’t want it to be too gimmicky, concept-wise. What resonated to us was home. My brother and I have been away and apart for so long, more than two decades, so this is like going back to our roots. We’re not trying to showcase something technical, just food that we grew up eating and loving,” Tatung said.

In their clan, Tatung’s family likes to cook and host Sunday lunches, said the brothers. At Talisay Garden Café, they replicate some of the most favorite dishes served at the gatherings.

They have a beautifully dressed chunk of ham, a Christmas item Tatung and his mom learned from a relative. “In Cebu, we used to make our own ham,” he said. “My great-grandmother had a cousin who used to make it. We traveled to her house in San Fernando and cured our own slab of pork. After two weeks, we went back and smoked it. For Christmas, we always had our very own ham. It’s not hamonado that’s cooked in a pineapple brine. It’s really the holiday kind of ham.”

They also have fresh, succulent oysters from Aklan served two ways—doused with spiced vinegar, and another topped with melted cheese, similar to the baked mussels from their home province.

Taking inspiration from the flavors and recipes he learned in Mindanao, Tatung does a delicious lamb  rendang with a bold coconut sauce, spiced with ginger and lemongrass, and best eaten with steaming rice.

Dinakdakan comes in the form of grilled pork chops, and the duldog as a mound of picked crab meat on a pool of velvety squash puree.

There’s the Cebuano version of bulalo called pochero, which, in the Sarthou residence, is served with lots of vegetables. “It’s almost close to a cocido. We had cabbage, potatoes, garbanzos, string beans, saging and bamboo shoots in it. Then the broth is flavored with ginger.”

Talisay’s hearty take on it is akin to a corned beef and vegetable soup with bone marrow.

The spacious kitchen allows them to bake their own cakes and breads, too. Eventually, ensaymada and torta de Cebu made with pork fat will make it to the menu, as well as house-made longganisa.

“I grew up in a generation that, if you wanted something, you had to make it yourself. There was no fast food in Cebu then,” said Tatung. “Commercial donut shops appeared only when I was in high school.” He wants to employ the same made-from-scratch concept in his restaurant.

Of all the restaurants he had opened, Talisay Garden Café is the most personal, said Tatung. “I’ve realized that good food is really about the ingredients and fundamentals. And that family is who you go home to.” —CONTRIBUTED