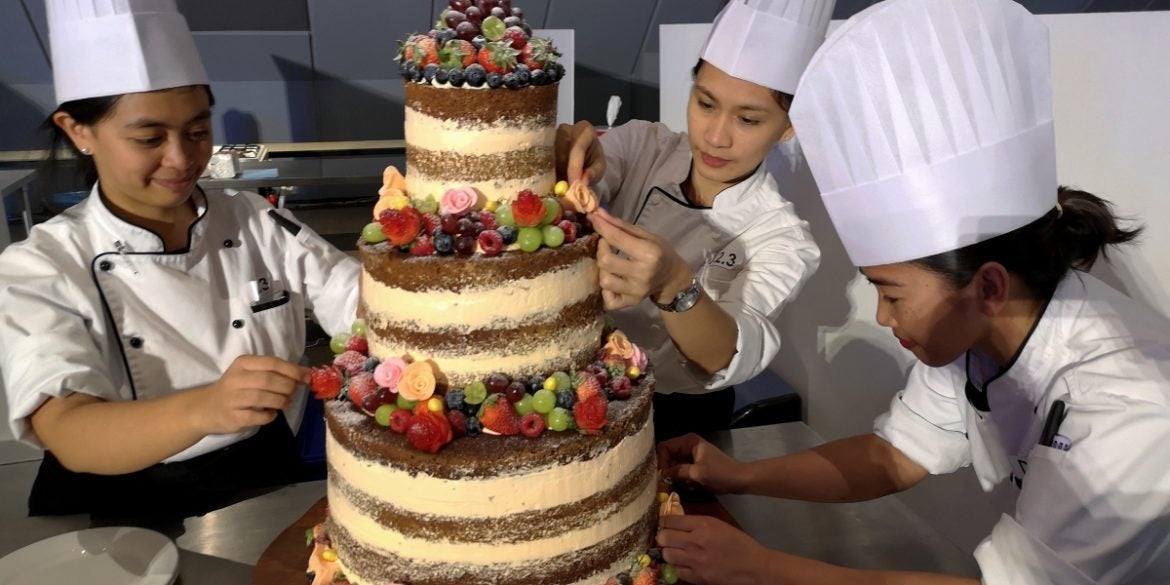 One of the entries for the dessert-making contest during the 15th Hotel, Restaurant and Tourism Weekend in Baguio City.(Photo by EV Espiritu)

BAGUIO CITY –– The movement to promote local products and highlight indigenous cuisine continues to flourish in the summer capital as it celebrates 15th Hotel, Restaurant, and Tourism (HRT) Weekend.

Part of the celebration is a food competition with the theme, “A Philippine Culinary Revolution” to feature indigenous and cultural cooking.

A part of HRAB’s advocacy, De Leon said he is glad to see that appreciation and support for local products in the younger generation continues to grow in recent years.

The event, which runs from Thursday to Saturday, is considered the largest organized food competition in Northern and Central Luzon where students and professionals alike compete in creative competitions and a quiz bee. 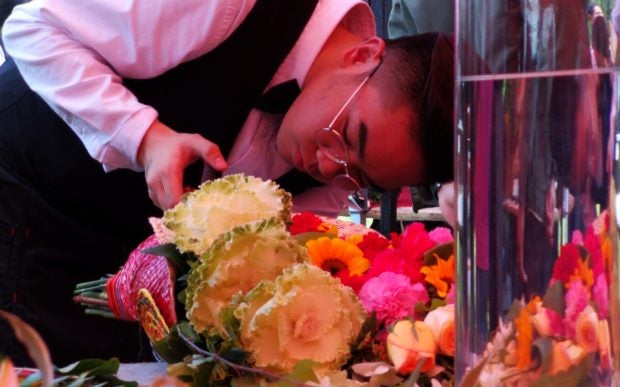 This year, over 40 universities and restaurants competed.

Participants in the fruit carving competition shaped fruits and vegetables into Cordilleran handcraft, animals like eagle and snake, and flower ornaments such as roses and sunflowers.

Spectators were also treated to the aroma of Benguet coffee during the coffee concoction competition.

In the dessert-making contest, a white chocolate shaped into a Harry Potter-inspired “Quidditch ball” caught a lot of attention.

HRT Weekend aims to develop the skills and knowledge of hospitality leaders and culinary artists.

The winners of the different contests will compete in Manila at the 13th National Food Showdown against other food competition winners nationwide./lzb