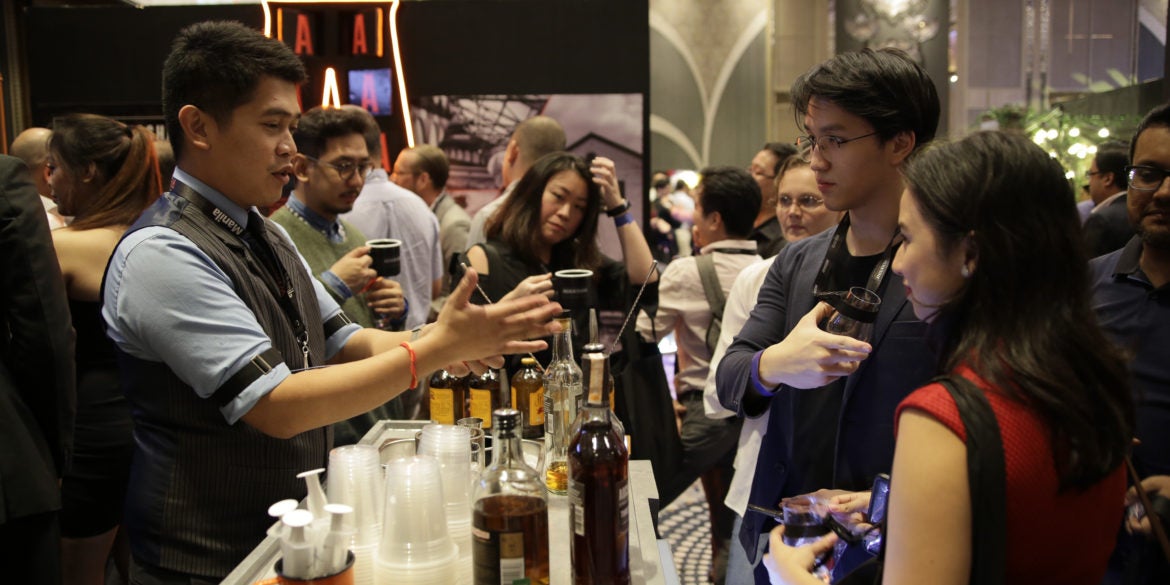 The “female bartender” does not exist.

“It doesn’t matter if the bartender is a man or woman anymore, unlike a few years back,” Beam Suntory Philippines country manager Jessica Constantino said at the Whisky Live launch at Draft Restaurant & Brewery in Greenbelt, Makati City. “We’re lucky enough that most of the guys, if not all, are rallying behind women in the bar industry. They show support by making sure that the bar is a safe place for women, which is a big factor on why we’re growing—literally and figuratively—in this business.

Liquor empire Suntory group carries brands from American bourbons to Japanese whiskies. One of its upscale brands is Yamazaki, Suntory’s flagship single-malt whisky with fruit and Mizunara aromas. Other popular products are Hibiki Japanese Harmony Whisky and the more accessible Jim Beam for highballs. These are some of the spirits you can try at the Whisky Live sampling event on Oct. 18-19 at Grand Hyatt Manila in Taguig City. Doors open at 5 p.m. 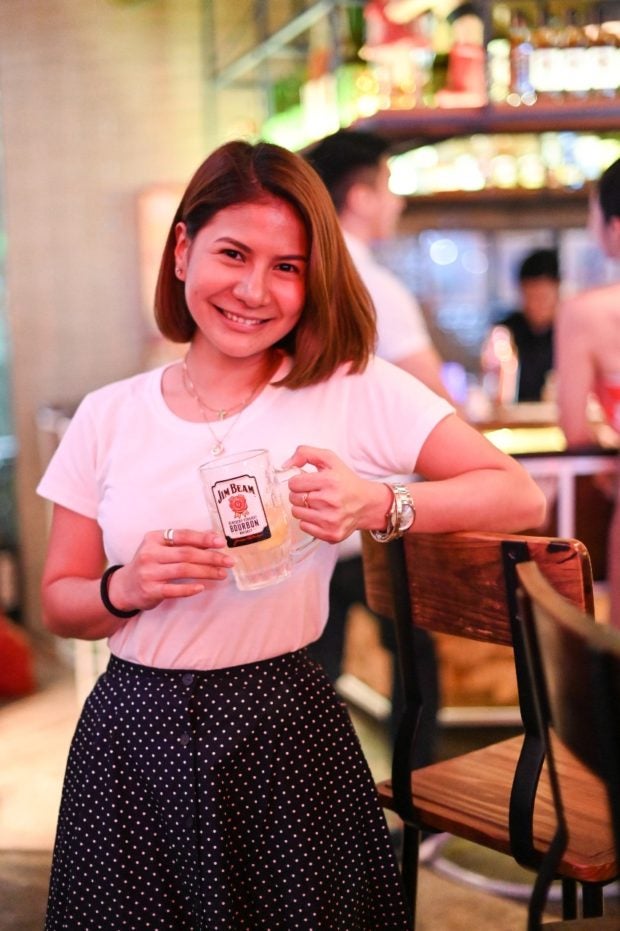 For its fourth edition in Manila, the annual gathering of liquor enthusiasts (also held in London, Paris, Tokyo and New York) will serve not just whisky, but also scotch, gin, vodka, rum, even cocktails.

Li says there will be over 150 kinds of liquor to try, but make sure to sample the award-winning Kavalan whisky from Taiwan; Constantino suggested having the Haku vodka made from Japanese rice grain.

Each class will be around one hour, with only 15-20 participants. Ticket is P1,000, featuring tasting of rare, older bottlings not sold commercially.

This year’s Whisky Live highlight is the Bar Show where the crowd can watch the best bartenders from The Curator, Backroom and ABV create delicious cocktails—a reminder of the rich Filipino talent.

“Women have been winning in local and global competitions, too,” Constantino said. “Sylvia Chong of Atlas bar won in the Roku Gin Takumi Challenge in Singapore. Bannie Kang of Anti:dote Singapore was Diageo World Class Bartender of the Year in 2019. In the Philippines, Kathrin Osmillo of OTO won Glenfiddich Experimental Bartender Philippines 2019 and is set to compete in Scotland for the global finals. Abby Quilal-lan of Proof won La Maison Cointreau and will represent the Philippines in the regional finals.”