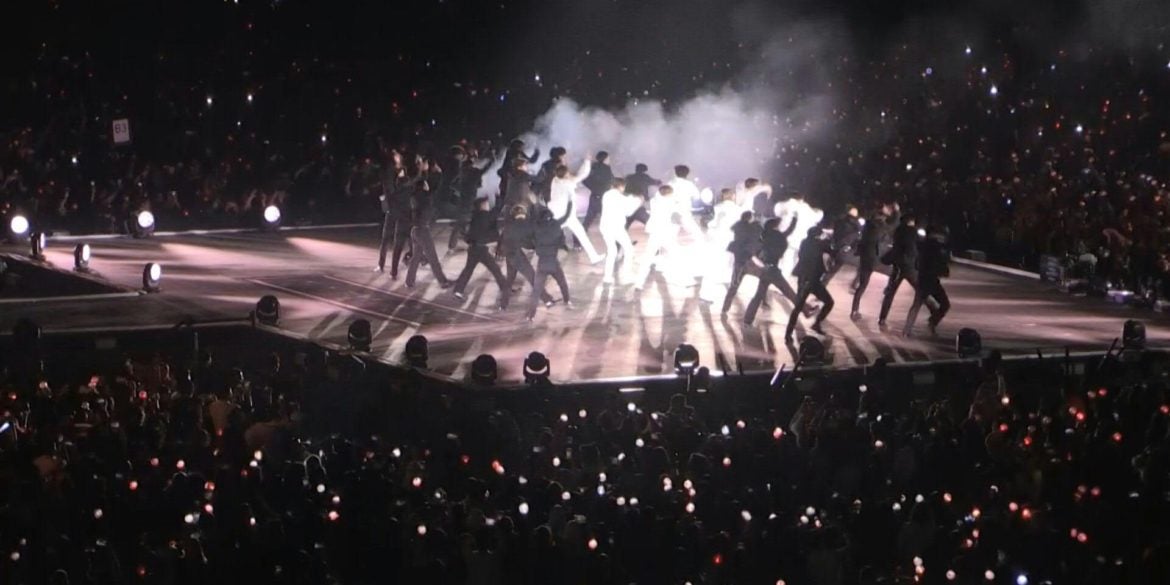 The Saudi capital burst into life with the cheers of young fans of Korean pop group BTS as they performed in the kingdom seeking to transform its ultra-conservative image.

The seven members of the wildly popular K-pop band were sweating it out as they danced and sang Friday night in front of thousands of Saudis and expatriates in Riyadh’s 70,000-capacity King Fahd International Stadium.

“I am very happy that they are here in Saudi Arabia for the first time,” said a young girl, Amira, who wore a veil loosely over her head.

“I hope that there will more of these kinds of concerts,” she told AFP.

Another young Saudi, who asked not to be named, said she was happy that her country was “opening up to pop music”.

She added that she was a big fan of BTS songs and that they had “personally touched” her.

Many welcomed the group’s decision to perform in Saudi Arabia, which has loosened decades-old restrictions on entertainment as part of a push to improve its image and attract tourists in a broader plan to diversify its economy away from oil.

But others criticised BTS for performing in the kingdom due to its oft-criticised human rights record and targeting of dissidents and homosexuals.

While the contentious liberalisation drive has also seen women gain some more freedoms, including being able to drive and travel more independently, the crackdown on rights campaigners and dissidents has intensified at the same time.

As Saudi Arabia boosts its entertainment offering, its record has put off some artists, including rapper Nicki Minaj, who pulled out of the Jeddah World Fest in July, citing human rights concerns.

Janet Jackson, 50 Cent and Chris Brown were among artists who did not turn down the kingdom’s invitation to perform.

But fans on Friday were excited about the prospect of future events, as children and their parents waited in anticipation outside the stadium in the kingdom that rarely pulsates to the beats of pop songs and throngs of young people.

“This concert means a lot to me,” said Mohammed, who had the green Saudi flag tied around his shoulders.

“I feel like this is supporting our country and our economy. Also, that we are showing everyone that we welcome everyone,” added the young man, who said he was an amateur YouTuber who produces art and music.

Nearby was a group of three Filipinos, who made the trip from Jeddah, about 800 kilometres (500 miles) west of Riyadh.

“We’ve been waiting for such an event for so long,” one of the young women told AFP before she bolted with her friends to listen to their “favourite” song.

Cover image: K-pop band BTS makes controversial comeback in Saudi. Thousands of people attended a concert of the K-pop supergroup BTS as they perform in Riyadh for the first time. The band came under fire for playing in a country that has been criticised for human rights abuses. (RANIA SANJAR / AFPTV / AFP)