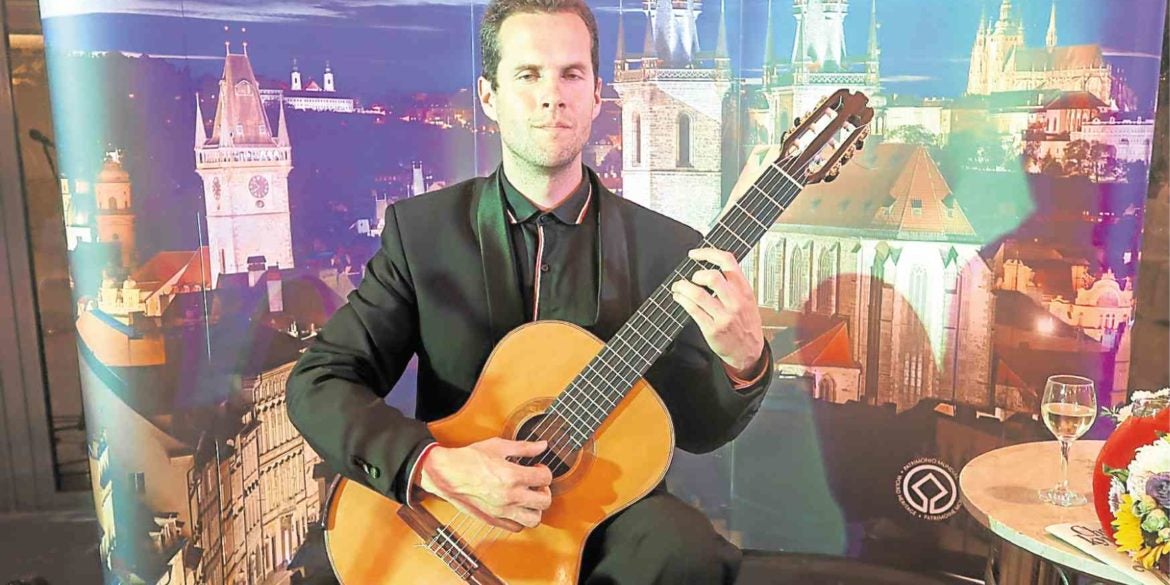 Young musician and composer Lukáš Sommer is known for his innovative style of classical guitar, which he combines with yoga and meditation

Sommer is one of the Czech Republic’s leading personalities in this generation of young musicians.

He’s known for his innovative style of classical guitar combined with the philosophy of yoga and meditation.

Apart from composing music, he is also a sought-after arranger of popular music and has worked with a variety of Czech and international agencies.

Sommer’s tour commenced with a concert at the National Museum of Natural History.

He later shared the stage with Spanish guitarist Alex Alcaraz and Filipino percussionist Jean Paul Zialcita at The Ruins in Poblacion, during the EuroPinoy concert organized by the Delegation of the European Union in the Philippines and EU-member state embassies and cultural institutions.

Members of the diplomatic corps, government, business sector, media and others were treated to an intimate concert at Palm Grove Rockwell to commemorate the liberation of then Czechoslovakia in World War II.

Sommer also guested on CNN Philippines’ “New Day,” in which he talked about his experience in the Philippines and his influences as a musician.

“It was a heartwarming time spent sharing my music in the Philippines,” said Sommer. “Aside from the enthusiastic audience, I was also pleased with the country’s beautiful nature.” —CONTRIBUTED