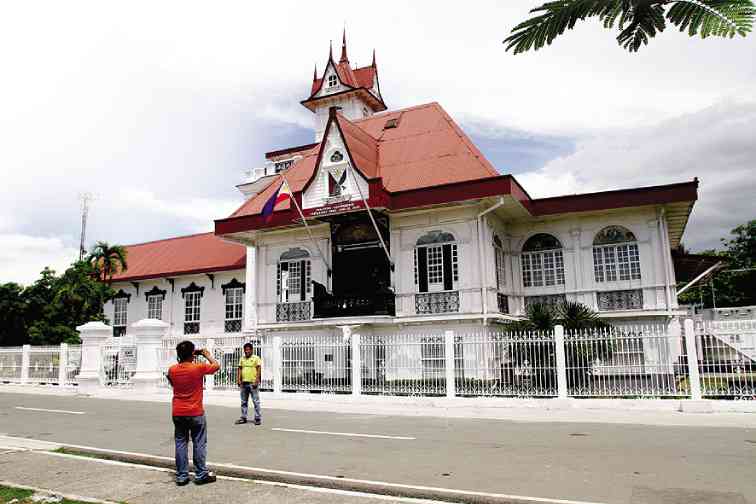 KAWIT, Cavite, Philippines — Kawit, Cavite has been known as the birthplace of Philippine Independence declared by General Emilio Aguinaldo.

And Emilio’s descendant, municipality mayor Angelo Emilio Aguinaldo, is eyeing to boost Kawit’s tourism by showcasing what the municipality has to offer, such as sites having a rich history.

He and Kawit local officials officially launched the municipality’s tourism campaign, titled #TaraSaKawit, in an event held on Thursday.

As part of the campaign, the local government tapped Binibining Pilipinas-International Bea Patricia Magtanong to be the tourism ambassadress.

“Although I’m not from Cavite, I’m representing the Philippines,” the beauty queen admitted.

(Of course, I’m happy to travel to other places and I’ve learned that while Kawit is the birthplace of Philippine independence, this is where I realized that we should celebrate Independence Day here instead, in Luneta Park, because Kawit has a rich history.)

The Kawit mayor then promoted what sites the municipality has, such as the famous Emilio Aguinaldo shrine, where the general first declared Philippine independence on June 12, 1898.

Another place tourists may want to visit, Angelo Emilio said, is the home of Emilio’s cousin Baldomero Aguinaldo, who was also known to be a prominent figure during the Philippine revolution.

Kawit also has the St. Mary Magdalene Church, which dates back to 1624. According to Angelo Emilio, this was where Emilio Aguinaldo was baptized.

(For the continuing development of betterment of Kawit, tourism is the answer.) /jpv