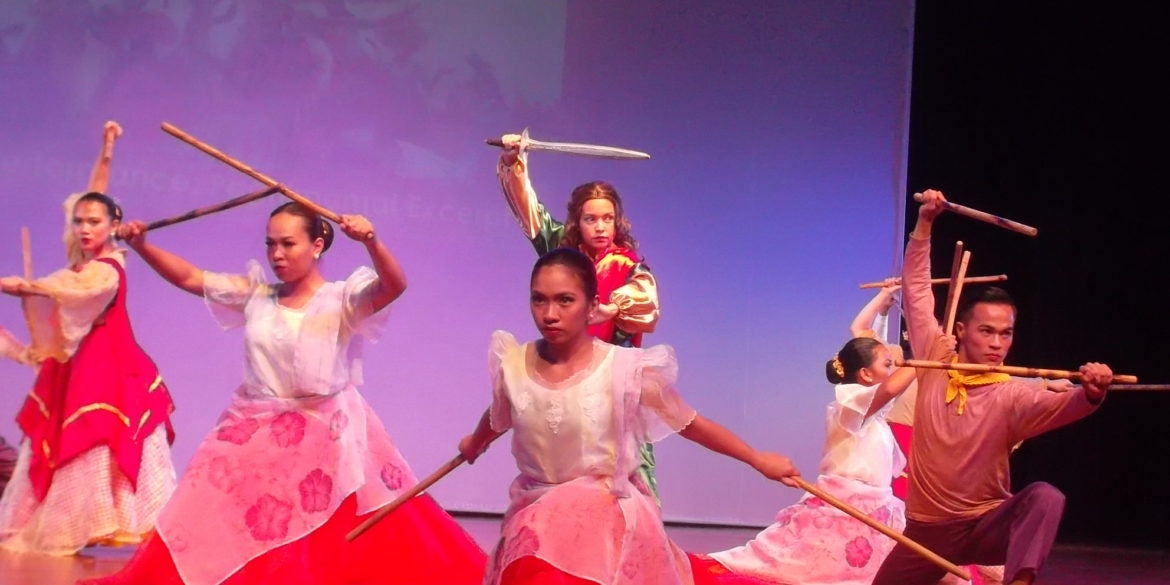 The spirit of youth animated Tanghal 2019, a flagship project of the National Commission for Culture and the Arts through its Committee on Dramatic Arts, held recently in Dumaguete City, Negros Oriental.

The theme was “Theater Without Borders,” and coordinator was actress-singer Dessa Quesada, a Silliman University professor and Philippine Educational Theater Association alumna.

The festival began and ended with spectacular dance dramas of Visayan epics, but the nitty-gritty was in the cavalcade of one-act plays mostly serious, comic and, at one time, sad and even tragic.

The languages were Hiligaynon (Ilonggo), Cebuano, Tagalog-Filipino (actually translated from Hiligaynon) and, from the Sillimanians, English.

“You might say this is a spawning of the new generation of actors in the three Visayan regions,” said Quesada. “They may have common problems, like parents’ objections. So this is a chance for them to get together, put up their plays, solve problems.” Each group brought its own writer, director and adviser.

“Orang Laut” was about two Badjao siblings who are separated by the conflict in Mindanao, and end up as street kids in Manila. But they are befriended by a kindly American who helps them fulfill their dreams (why does she have to be American, someone in the audience asked).

In “Alab ng Puso,” four high school seniors are given the task of analyzing the National Anthem but begin to quarrel among themselves because of some personal issues.

“Mamana (Finding a Husband)” got my vote for the best production design—a realistic replica of a boat. It was about a fisherman and his girlfriend who quarrel over an arranged marriage, but the story ends with a kiss which sent the kids screaming.

The wildly comic “Adobo,” zestfully acted and with one-liners which went well with the audience, was about a family arguing over their heirloom recipe of adobo, a delicious dish which was cooked right there on the set.

More sober were “Tuhoy” and “Padya.” The first play dramatized the contrast between two sisters, a successful career woman and a sibling who chose to remain a wife and mother. The second play revolved around two orphans who become grave diggers, like their late father.

“Shades of Blue” is a “sophisticated” work, the kind Repertory Philippines does. Two millennials who were a couple eight years ago are reunited, but any hope of a reconciliation is thrown out of the window because both are proud and unbending.

“The Christmas Spirit” is another hilarious play in which a ghost pays her two granddaughters a visit. But the spirit is a fake; she is actually a paid talent hired by one sister to convince the other, who is westernized, to maintain the Filipino tradition of celebrating Christmas as early as September.

In “Give as This Day,” an elderly couple (thanks to clever makeup), reduced to poverty, touching in their devotion to one another, share a frugal meal, dance, and then each drink a glassful of sleeping pills.

“We envision a world where theater will be part of your life,” Quesada told the youths. “Where there are people watching, listening, there is theater.” As mentor Alex de las Alas of the University of Antique put it, “Theater is life.” —CONTRIBUTED