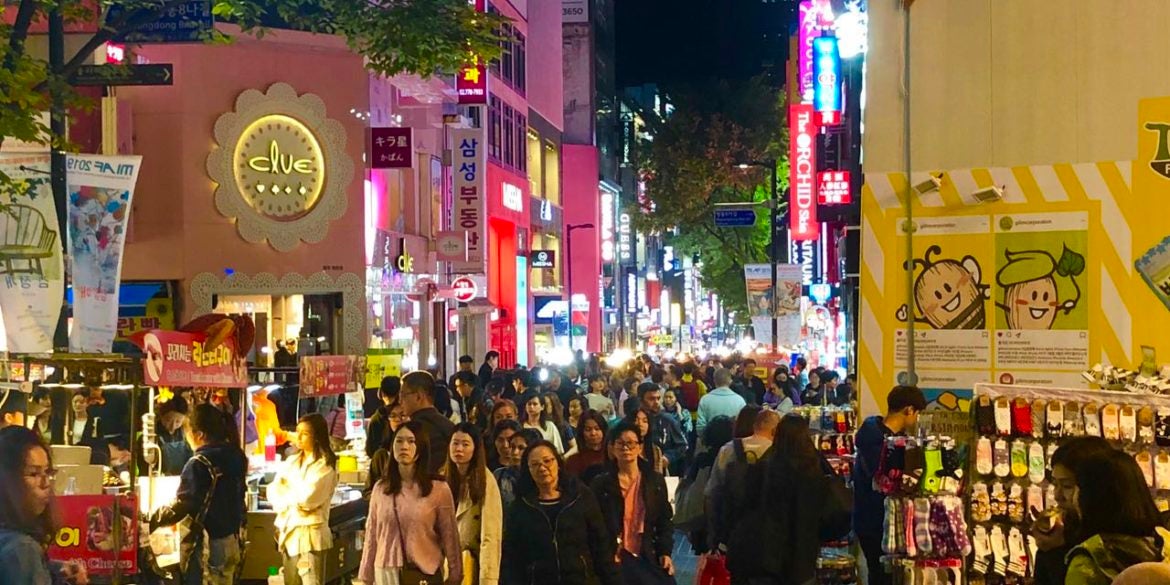 What to eat at Seoul’s shopping mecca, Myeongdong

SEOUL, South Korea—Seoul is a city of inviting, affordable street food that is readily available in markets, subway stations, and “pojangmacha” or street stalls.

Located in Jung-gu, between Chungmu-ro, Eulji-ro, and Namdaemun-ro, Myeongdong, aside from being one of the main shopping districts in Seoul, is also filled with rows of Korean street food that makes it a hub for the thriving nightlife of Seoul.

Samgyupsal aside, here are some of Myeongdong’s street food tourists should check out while visiting the world-famous shopping district.

Kimbap, or sometimes Gimbap, is a sushi roll-like treat made from steamed white rice (bap) and various other ingredients such as vegetables and pickles, rolled in gim, and served in bite-size slice.

Baked Cheese is a skewered snack that comes with rice cake (Tteok) and mozzarella cheese. It is usually prepared on an oiled griddle and served with condensed milk to add sweetness on the chewy combination of baked cheese and Tteok.

Kkul-tarae, which literally means honey skein, is hard dough of honey-maltose mixture kneaded into skeins of silky threads, in which assorted candied nuts, chocolate, or other fillings are wrapped.

Mandu is South Korea’s answer to the Chinese jiaozi and Japanese gyoza. When steamed, this dumpling is called as “jjin-mandu.”

Dakkochi is a skewered chicken fillet glazed with an assortment of sauces and marinades. It is served with a variety of sauces for diners to control its spiciness.

It is skewered strawberries swirled in melted sugar that cools into a satisfyingly crunchy shell.

It is a pan-fried Korean noodle with bite-sized pork, shredded cabbage, onions, and carrots, that may be served with gochujang (red chili paste) for added spiciness.

Sausage snacks are common in South Korea, and with some containing alternating pieces of cheese-filled sausages and teokbokki filled beef on a stick.

Odeng, or Korean fish cake, is fish paste mixed with starch, flour, rice wine, and seasoned with spices. The most common is skewered odeng submerged in warm, flavorful broth. /jpv