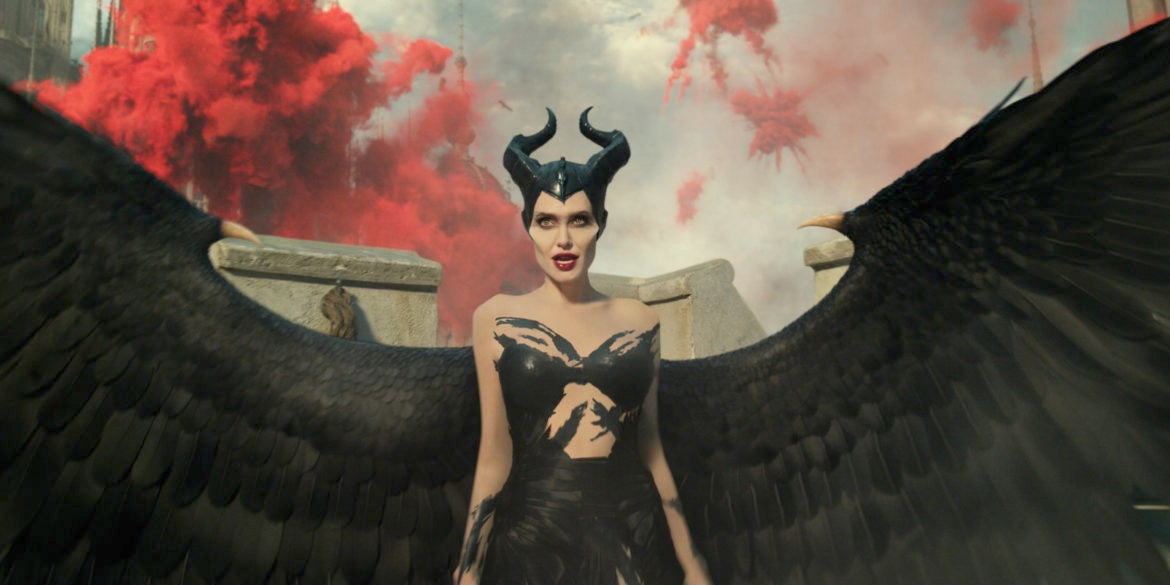 “Maleficent: Mistress of Evil” tries to outdo its original but succeeds in mostly superficial ways. It’s got a bigger budget, a new director with lots of style muscles to flex, and a terrific actress in Michelle Pfeiffer as a new antagonist. Unfortunately, it still doesn’t have enough in the story department to really make these films dig deep in the heart.

Some time has passed since the first “Maleficent,” not so much that Elle Fanning doesn’t still look like she just ended her teen years, but enough that Maleficent (Angelina Jolie) is back to being a villain thanks to fake news being spread about the kingdom. Prince Philip (Harris Dickinson) proposes, Aurora (Fanning) says yes, and she and Maleficent get invited to Philip’s castle to meet the ’rents, except Queen Michelle has some beefs up her poofy sleeves that she’s been letting stew forever. There’s a passive-aggressive catfight that features a literal cat before it loses the passive and just becomes aggressive.

Maleficent leaves in disgust but gets shot down by Queen Michelle’s awesome right-hand redhead Gerda (Jenn Murray), but she is rescued by Conall (Chiwetel Ejiofor), who reveals to her that there’s a whole lot of people like her, who were just hiding on an island the entirety of her very long (she is fae, remember) life. Meanwhile the kingdom prepares for war as the king’s coma is blamed on Maleficent and Queen Michelle has designs on the Moors.

A bigger budget makes for some impressive sequences, the most noticeable being the vast improvement in flying scenes compared to the first film. There’s also more jokes, but unfortunately the rest of the film doesn’t fare as well. Story is still lacking, whether it be development of characters or themes that ring new or at least are tackled in a more refreshing manner. What we get is some warmed-over “Avatar” parallels (themselves warmed over from “Pocahontas”), even some bits from this year’s “How to Train Your Dragon: The Hidden World.” New characters basically exist just for exposition, and while they still want to maintain a fable-ish atmosphere, there is suddenly some detailed strategic battle tactics employed in a “Lord of the Rings”-style final showdown that sits uncomfortably next to really stupid things like characters staying absolutely still while death rains down upon them from the same direction, over and over and over again.

My main complaint with the first film was that it wasn’t camp enough, and at least here we have Pfeiffer, who seems to enjoy herself the most as she chews up scenery as an honest-to-God Evil In-Law. Next to her is Murray, who delights in violence and remains mysterious and eccentric enough that it doesn’t matter that we know nothing else about her besides the fact that she takes orders well.

For a film in 2019, it’s disappointing that Aurora, especially, doesn’t have as much agency in her plight. With three tremendous actresses in the lead, we could’ve enjoyed some badass females using magic to save what is precious to them and have it be filled with spectacle and emotion. Oh, well. “Frozen 2” comes out next month, at least.