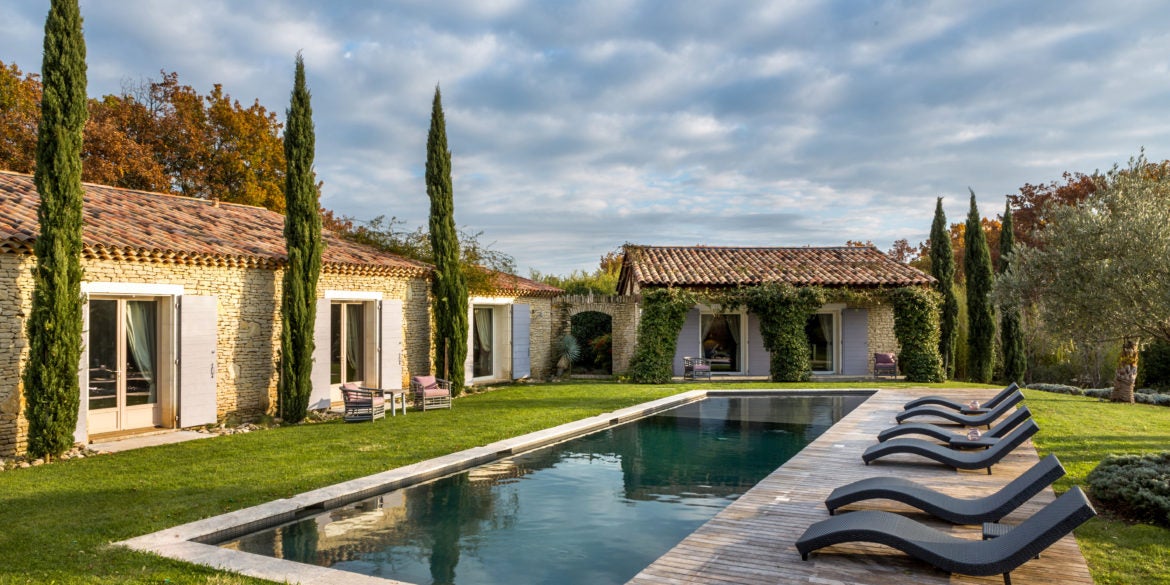 Even with local design restrictions, Budji+Royal manage to put their signature design touches on this home in Provence, France.

Budji Layug: Why design makes all the difference

Finally, he has a book on his creative journey—‘It’s not just about the structure. It’s the soul that inspires you. I call it enjoyment’

For Budji Layug, design is the first principle.

“In the beginning, God designed the world,” he says.

“It’s innate. It’s a part of creation. Design is everywhere, it touches all of our lives. Whatever we do, if we don’t have design, it won’t have any soul.”

It all sounds a bit abstract, mystical even, until you walk into a Budji Layug space—perhaps one of the elegant tropical homes built by Budji+Royal, the firm he shares with architect Royal Pineda.

That’s when it hits you: a sense of expansive light and space, a feeling not of enclosure but openness to nature and the environment, harmonious balance—all hallmarks of the Budji+Royal aesthetic.

It’s a living space—that is to say, a space that is alive. So alive that it evokes an emotional response.

That’s when you realize that design makes all the difference, and that Layug is one of its contemporary masters.

“It’s not just about the structure,” he says. “It’s the soul that you’re trying to create, that inspires you. I call it enjoyment. The structure, the garden, the living space, the work space—
everything must be enjoyed. Without beauty, without design, what do you have? You don’t have joy.”

The evolution of this singular design philosophy is traced in “Budji: Design Journey”, a large format book to be launched Oct. 22 to celebrate the firm’s 17th year.

“My perspective is expansive, my approach comprehensive, my vision transformative, and my attitude collaborative.”

“My design sense is characterized by a respect for and consonance with nature; simplicity and serenity in minimalism; a conscious and deliberate arrangement of all elements to arrive at a natural-looking, seamlessly integrated whole; and the consideration and incorporation of modern sensitivity in the application of traditional and local design elements.”

“As with any art form, a design—whether it is a living space, a piece of décor or furniture, or a painting—should evoke an emotional response of satisfaction, appreciation and even upliftment. This is what I strive for.”

What distinguishes Budji+Royal from the many firms now professing contemporary Filipino design is the sense of creativity and adventure with which Layug approaches his work, coupled with deep roots in Filipino tradition.

Layug’s mother was the formidable Herminia Cancio whose family owned one of the country’s oldest and largest furniture manufacturing concerns.

“Mamang,” as Layug fondly calls her, was an industry pioneer, collaborating with architects Lor Calma and Wili Fernandez and helping establish the Philippine School of Interior Design.

Layug was being groomed in that direction, when he took a detour that was to shape much of his thinking about design, and about life in general.

After finishing his high school at Ateneo and before enrolling in architecture, he was encouraged by Mamang to take a gap year to study design in New York City. He was 17.

“I was really very introverted,” he recalls. “New York opened my mind to travel and adventure and that may have made the difference. From New York I went to Europe and I fell in love. It was the time of The Beatles, modernity and rebellion were coming in in taste, music and art. It was really a flowering, and I fell naturally with it.”

Compared with the exciting cultural revolution happening in the west, the idea of going back to college to study architecture began to seem very dull indeed. Not long after his return, Layug decided to “escape” back to Europe. He sold a ring and bought a one-way ticket to Rome, made his way to Paris, and eventually landed in swinging London. To obtain a UK residency permit, he enrolled in Vidal Sassoon’s hairdressing academy.

After a few years, Mamang persuaded him to come home, but rather than go back to college, he decided to take a cue from Sassoon and open a cutting-edge hair salon.

He called it Budjiwara, after the nickname friends had given him in Europe, from the chorus of a now-forgotten Latin number that was popular at the time.

“My standards were very high,” he recalls. “I wanted to uplift the industry. It was more of a fashion statement, creating an image, a personality according to the hair.”

Socialites, celebrities and rock stars were soon lining up to get their hair styled at Budjiwara, so much so that the salon was immortalized in a line in Hotdog’s disco anthem “Bongga Ka ’day”.

His time away in Europe had also given Layug a fresh perspective on his homeland.

“I saw the Philippines in another way,” he says. “I’d go to the beach, live in a nipa hut, see the bancas with their bamboo outriggers. I wanted to bring that feeling of naturalness to my home in the city, so I started to experiment with my furniture. Everything became very natural.”

A bamboo chair he asked a fisherman to make turned out to be the genesis of his next design breakthrough. After experimenting with bamboo, rattan, canvas and other materials, Layug created a series of collections that soon caught the eye of Bloomingdale’s in New York, the US-based department store chain.

“Bloomingdale’s did a Philippine exhibit where they showed my furniture in their window displays,” he recalls.

It would turn out to be both pioneering and a turning point in Philippine furniture and design. It made people aware that Philippine materials and design could win international recognition and could have a global market.

Rustan’s founder Glecy Tantoco asked him to curate 10 furniture collections over a three-year period. This allowed him to travel the length and breadth of the country, seeking out local craftsmen and experimenting with indigenous materials.

“Eventually, it became a showcase for Philippine design and actually opened up the market for it.”

Layug’s fame as celebrity hairstylist was soon eclipsed by the critical and commercial success of his furniture designs. He became a consultant to the Center for International Trade Expositions and Missions (Citem), and opened showrooms in Los Angeles and San Francisco. In no time he was selling his furniture in Europe and the US.

By this time, a design movement had coalesced around the trails that Layug had blazed. Movement 8, founded by Eli Pinto for Citem, with Layug and the designers, would become a global brand and was hugely influential in pushing contemporary Filipino design.

From furniture design he progressed naturally to interiors as clients began to ask him to design their spaces as well to harmonize with his pieces.

In the 1990s, Layug opened Budji Living, his design studio/showroom/art gallery. He began collaborating with architects as design consultant, adding his signature touches to residential, resort and institutional projects.

By the turn of the millenium, Layug realized that he needed nothing less than full-service architectural firm to realize his vision. He turned to his mother for advice, and she introduced him to a young architect, Royal Pineda.

“I had this vision of total design,” he recalls. “In my view, [architecture, interiors, landscape, furniture] are never separate, they should always come together into something Filipino, something modern. We called it Budji+Royal.”

Now on its 17th year, Budji+Royal has grown into one of the country’s leading exponents of modern Filipino design.
Ironically, by going deep in Filipino-ness, the firm has also won numerous clients in Asia, Australia, Europe and the US.

They have also scaled up, expanding naturally into urban planning with its involvement in the mammoth New Clark City project, which includes a new airport, a new government center and the stadium for the 2019 SEA Games.

For Layug, however, the same spirit animates his design, whether for a simple bamboo chair, a house, or an entire modern city.

“It’s the same drive, the same passion, the same sensibility, the same modern aesthetic, the same feeling,” he says. “You think of all the details, being true, being honest, being innovative to create a lasting design that affects a culture. It’s becoming a reality, actually, my vision of creating a prosperous, progressive country through design. It’s something that I would like to see in my lifetime.”