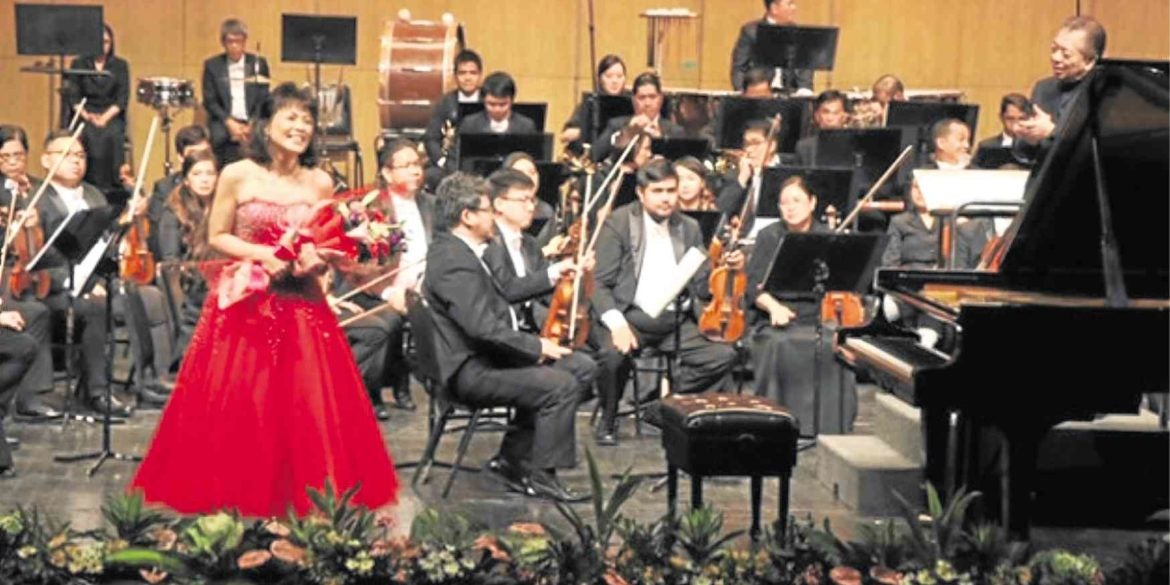 In its opening concert for the new season at the Cultural Center of the Philippines, the Philippine Philharmonic Orchestra ( PPO) displayed luxuriant colors from three different stylistic idioms—the Classical, Romantic and Contemporary periods.

Prokofiev’s “Piano Concerto 3” was Ogawa’s pièce de résistance, scored in the white keys or C major. Scored in three movements, it was devoid of romantic trappings, but filled with sensitive dissonances.

Pianist’s steely touch bought out a percussive yet suave sound. She never banged the keys as she struck those dynamic chords. She ran her dexterous fingers to create electrifying arpeggios. She chiseled out the tones with the sheer might of a seasoned virtuoso, calmly sitting on the piano and played mightily sans bravura or choreographic movements.

Her tones were crisp as she forged tight rapport with the orchestra mightily led by Yoshikazu Fukumura. The Japanese conductor has earned the admiration of Manila’s music lovers because of his sensitive “Fukumura touch,” a dynamic, brilliant and silken symphonic sound that is the crowning glory of the PPO.

Together, pianist and orchestra forged a powerful tandem that bannered the work’s contemporary ambiance expressed through a variety of emotions, notably the biting, witty humor; brilliant, and even charming singing legato passages. From the first to the last movement, Ogawa never faltered. She showed a firm grasp of the piece.

She acknowledged several curtain calls at the end. She

quieted the thunderous applause with a rendition of an abridged “Rhapsody in Blue” by Gershwin, whose contemporary appeal and jazzy beat showed much affinity with the featured Prokofiev concerto. Symphonic listening was at its height at the second half of the program featuring Anton Dvorak’s great “Symphony No. 7 in D minor” but less popular than the 9th, the “New World.” —CONTRIBUTED