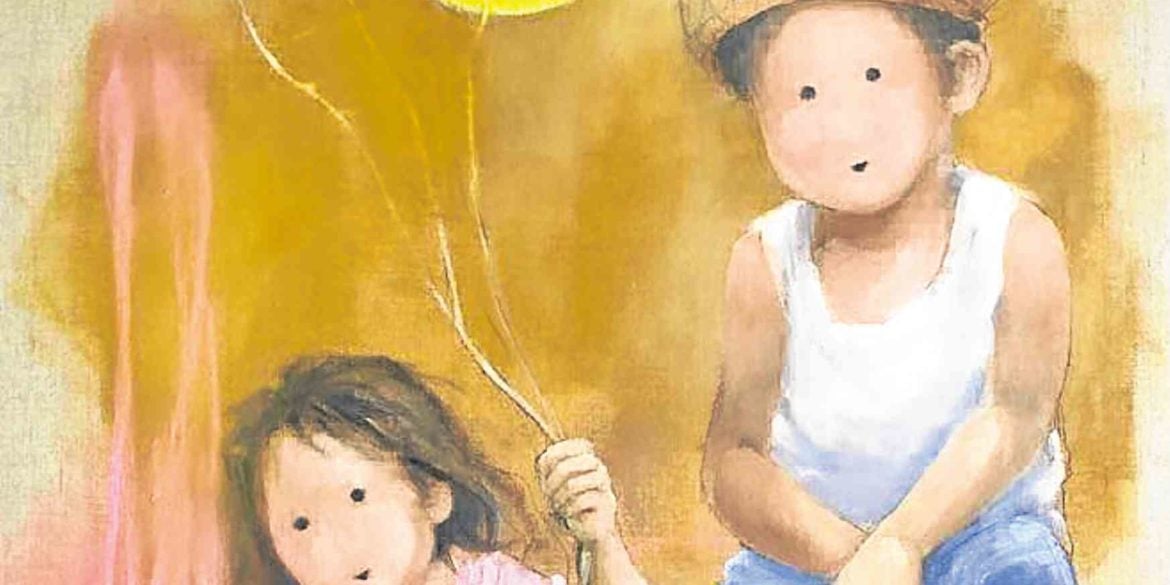 “After the Party” by Migs Villanueva

Migs Villanueva celebrates childhood in ‘Catch Me If You Can’

Galerie Francesca presents “Catch Me if You Can,” Migs Villanueva’s ninth solo exhibition. Villanueva is a multiawarded writer, a sought-after painter and a former president of the prestigious Saturday Group.

She is known for her refreshingly simplified depiction of children, employing a wabi-sabi style which pares down the elements of form to their most basic, in order to highlight essence instead.

Using the simplest lines and often, only hints of soft, harmonious color, she is able to convey simplicity and innocence— precious attributes in children, which, we as adults tend to lose. In “Catch Me if You Can,” the artist presents 28 artworks which include an introduction of two new series—the Shroud Series and Motion Series.

“Catch Me if You Can” shares the same title as a 2002 movie featuring Leonardo di Caprio as a forger. The exhibit poses a similar mischievous, but altogether innocent challenge, often employed by her grandchildren.

Villanueva, who is now a grandmother, insists in giving her grandchildren the right to do as they please, to prolong their childhood as much as possible. Delighting in their playfulness and carefree innocence, she paints them in various activities suggesting situations of joyful discovery and make-believe wonder. —CONTRIBUTED

“Catch Me if You Can” is presented by Galerie Francesca with Galerie Joaquin at a pop-up gallery at Power Plant Mall, Makati City. Opening reception is today, Oct. 21, 6 p.m; exhibit runs until Oct. 31.